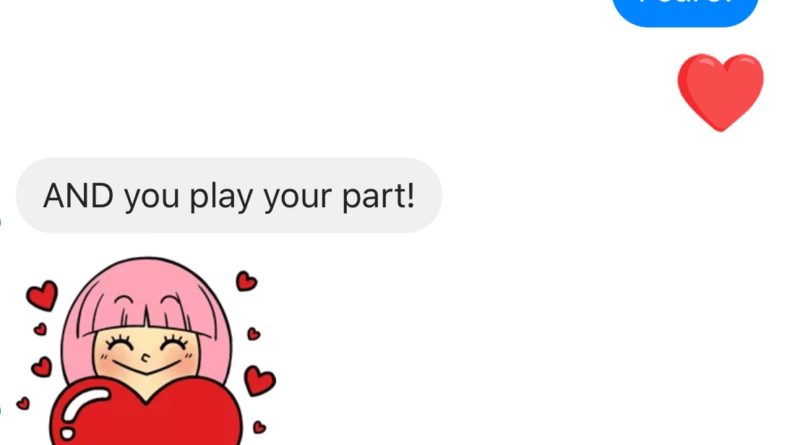 I read a friend’s Tweet this evening and it gave me pause.

Her feed often does. She tweets about life, grief, mental health, body image, Friday nights at the range… it’s a feed I enjoy and, since stumbling across it last year, she and I have hung out IRL a few times. She’s even cooler in person because of her rad English accent. I digress.  She posted:

You guys, doing something nice for someone else is a really fun way to make yourself feel good. Be creative! ❤

And I found myself thinking, “have I done anything nice today?”

And then I remembered.

A friend in Texas is in the throes of a military permanent change of station move. Permanent except it will last like 30 months, max. As is often the case during a PCS, if things can go wrong, they do.

She posted something on Facebook today along the lines of “Why doesn’t anyone around here move with a sense of urgency?” Um, because you’re in TEXAS? #nothelpfulsorry

She’s usually pretty upbeat and of late her posts are frustrated.

She and I had a passionate debate a few months ago about push up videos not preventing suicide; I maintain people need to reach out to (22) people to see how they’re doing. Videos don’t save lives.

She’s clearly not suicidal or distraught, but having a crap week.

I pinged to check morale. A “buddy check” of sorts. I read and responded for a bit and this message made me sad: 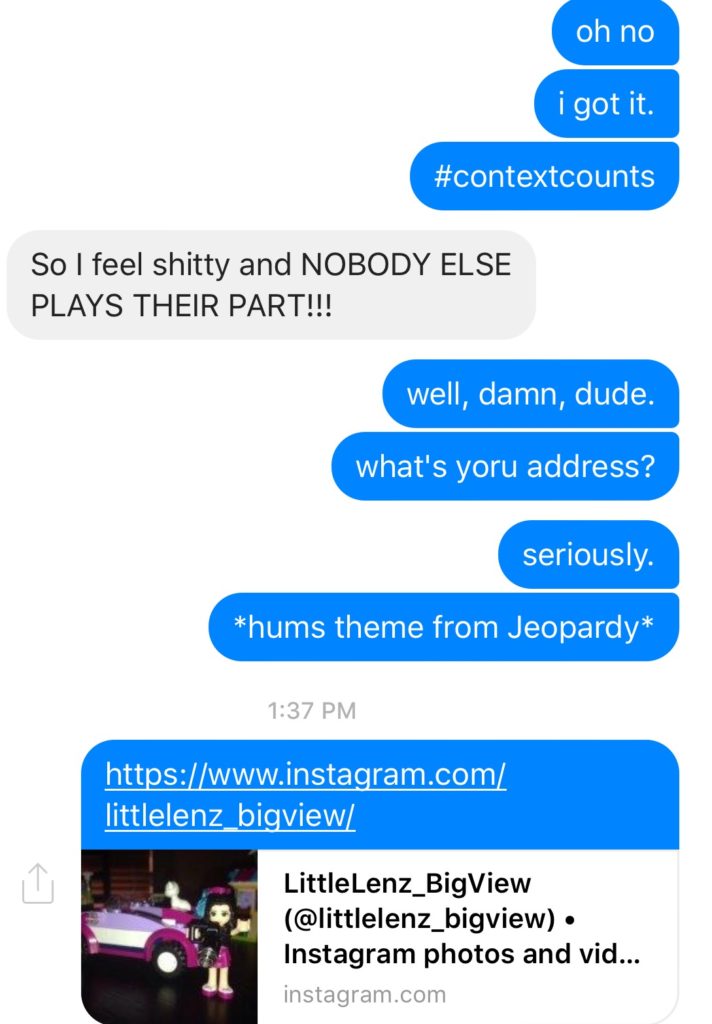 She’s someone who always leans in to take care of other military wives, supports her friends from afar and she gave me loads of free therapy and used me as a subject for a paper or two while she was finishing her masters in social work. That she felt so … alone today made me sad.

I picked up the phone; called. We talked for a while. I listened, and told her a funny story about an upcoming trip. And, since we’d previously discussed the nutrition plan I’ve been on for the last 4 months and LOVE, I decided to use the commission I made this week and “gift” her two weeks of deliciousness.

My hope is it makes her feel even half as good as it made me feel the first week. If she feels better physically she’ll have the strength to endure the rest of the PCS gremlins. Because they’re coming. They always do.

I dropped her two fun social media accounts to follow coughcoughminecoughcough and we chatted a bit more before we ended the call. 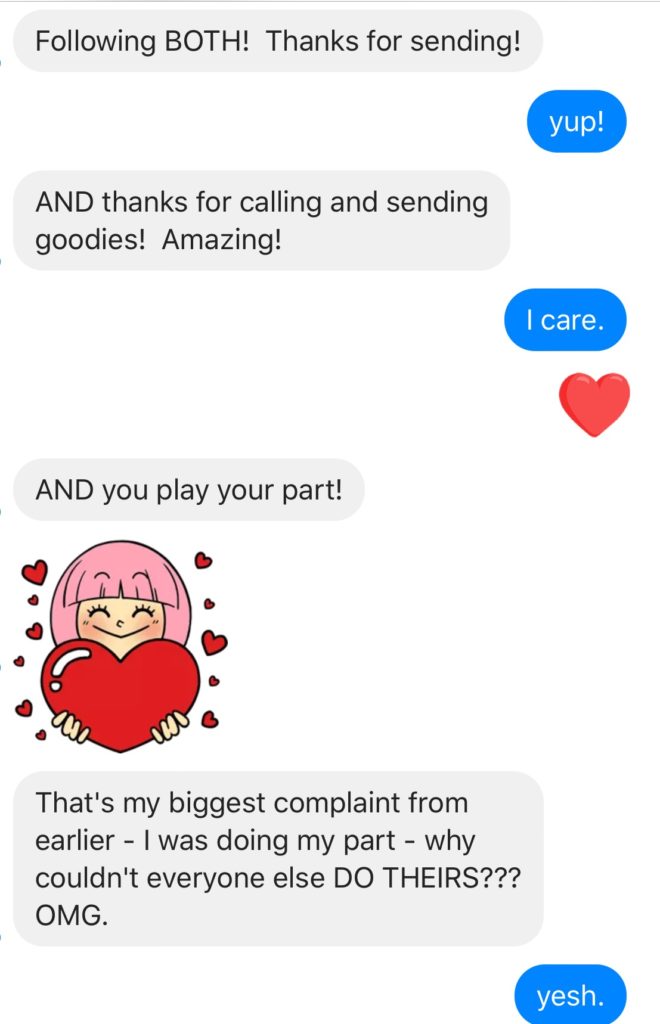 She may hate the shakes and energy drinks and chocolates I sent (she won’t; they’re delish!) and I’m not selling anything but I know she appreciates the call and the sentiment.

And so there it is. I intentionally surround myself with people who push me to be better; people who work to make the space within their sphere of influence … better.

I was nice today. I try to be nice every day.

Sometimes I miss the mark.

I also try to connect with people on a human level as often as possible- even when they’re not in distress.

I’m only accountable for me and I try to play my part. 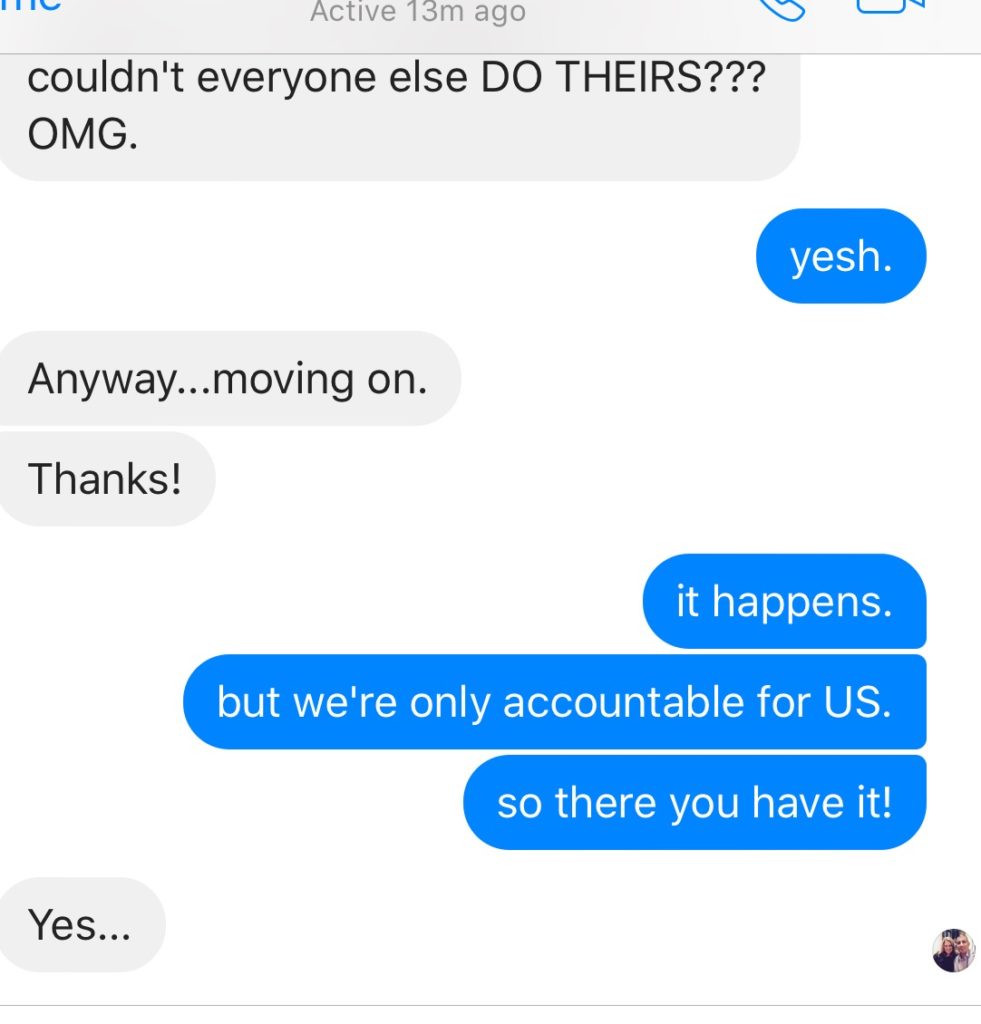