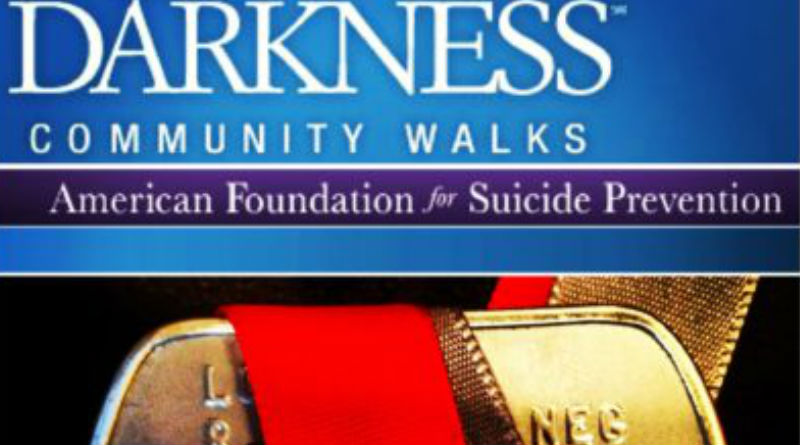 Each year, the Associated Press releases an updated version of it’s Stylebook—a must-have for copyeditors everywhere— at least those of us who adhere to the AP Style.

My young writers play a constant game of pass the Stylebook around the tables in our workspace.

The recently released 2015 AP Stylebook has more than 300 new entries or revised words according to a Poynter blog.

This one stopped me in my tracks—it’s a long time coming:

An entry on suicide has been added:

AP’s policy on suicide is to only cover suicide and attempted suicide if the person is well-known, the circumstances are unusual or it’s publicly disruptive, Minthorn said.

“We’re specifying this for our staff, although it’s kind of an inner AP guideline,” he said. With stories about suicide, the AP now recommends not going into details.

“The guidance also says that we avoid using the term committed suicide except in direct quotations from authorities.”

Instead used “killed himself, took her own life or died by suicide.”

“Committed in that context suggests possibly an illegal act, but in fact, laws against suicide have been repealed in the U.S., at least in certain states, and many other places,” Minthorn said, “so we’re going to avoid using that term on our own, although it’s a term that authorities widely use and we will use it while quoting authorities.”

Though I won’t accept it as a source at work, I’m using Wikipedia’s definition because it includes details from a variety of cultures. It is, after all, a global issue:

Suicide (suicidium, from sui caedere, “to kill oneself”) is the act of intentionally causing one’s own death. Suicide is often carried out as a result of despair, the cause of which is frequently attributed to a mental disorder such as depression, bipolar disorder, schizophrenia, borderline personality disorder, alcoholism, or drug abuse.

Stress factors such as financial difficulties or troubles with interpersonal relationships often play a role. Efforts to prevent suicide include limiting access to method of suicide such as firearms and poisons, treating mental illness and drug misuse, and improving economic circumstances.

Common methods include: hanging, pesticide poisoning, and firearms. Suicide resulted in 842,000 deaths in 2013 up from 712,000 deaths in 1990.  This makes it the 10th leading cause of death worldwide. Rates of successful suicides are higher in men than in women, with males three to four times more likely to kill themselves than females. There are an estimated 10 to 20 million non fatal attempted suicides every year.

Non-fatal suicide attempts may lead to injury and long term disabilities. Attempts are more common in young people and females.

Views on suicide have been influenced by broad existential themes such as religion, honor, and the meaning of life. The Abrahamic religions traditionally consider suicide an offense towards God due to the belief in the sanctity of life. During the samurai era in Japan, seppuku was respected as a means of atonement for failure or as a form of protest. Sati, a now outlawed practice, expected the widow to immolate herself on her husband’s funeral pyre, either willingly or under pressure from the family and society.

Suicide and attempted suicide, while previously criminally punishable, is no longer in most Western countries. It remains a criminal offense in many countries. In the 20th and 21st centuries, suicide in the form of self-immolation has been used on rare occasions as a medium of protest, and kamikaze and suicide bombings have been used as a military or terrorist tactic

According to the World Health Organization, global suicide rates have increased by 60 percent over the past 45 years. More people die by suicide than by auto accidents.

Over 800,000 people die due to suicide every year and there are many more who attempt suicide. Hence, many millions of people are affected or experience suicide bereavement every year. Suicide occurs throughout the lifespan and was the second leading cause of death among 15-29 year olds globally in 2012. Suicide is a global phenomenon in all regions of the world; in fact, 75% of global suicide occurred in low- and middle-income countries in 2012. Suicide accounted for 1.4% of all deaths worldwide, making it the 15th leading cause of death in 2012. Effective and evidence-based interventions can be implemented at population, sub-population and individual levels to prevent suicide and suicide attempts.

In the United States the numbers are daunting and, unless you’re effected by them, oft overlooked: 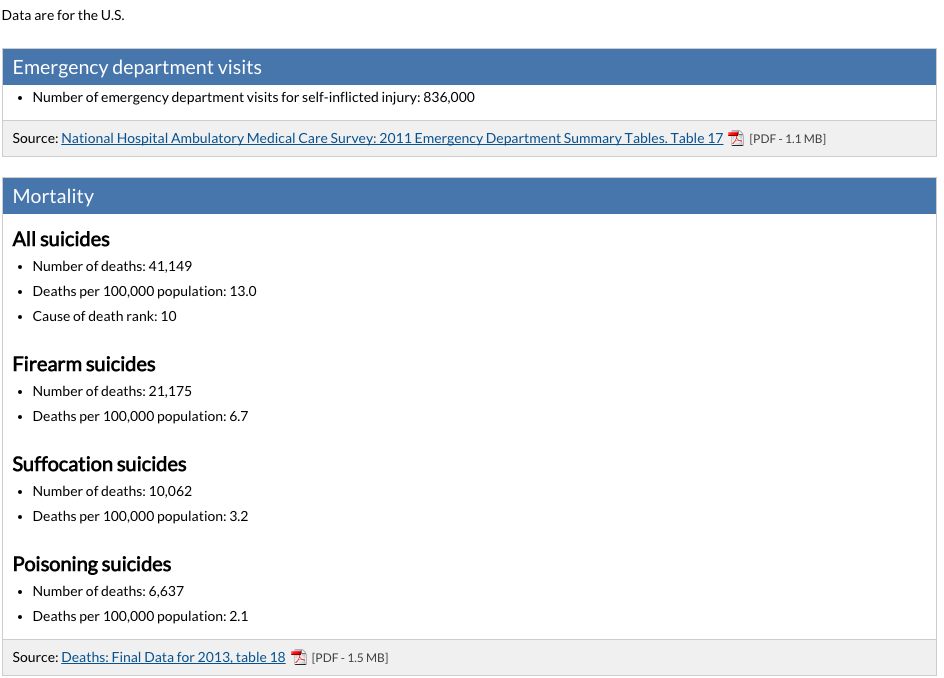 The number of veterans and active duty servicemen and women who die by their own hand each year is a prominent topic.  Some accounts say more than the reported 22 veterans a day kill themselves.  In 2012 it was estimated one active duty member of the Armed Forces killed themselves each day—that’s greater than the number of troops who died in combat that same year.  Some have combat experience, some don’t.  A 2014 Washington Post opinion piece entitled: Five Myths About Military Suicides reads:

1. Suicides have increased because we have overstretched our troops. (myth)

Repeated tours through the war zones of Iraq and Afghanistan are often cited as a primary reason so many troops take their own lives. But the statistics don’t support that explanation. A study published in the Journal of American Medical Association in the summer of 2013 found that longer deployments, multiple deployments and combat experience didn’t elevate suicide risk. In fact, more than half the troops who had taken their lives had never deployed. A separate, massive Army study found that, while suicide rates for soldiers who had deployed to Iraq or Afghanistan more than doubled between 2004 and 2009, the rate for those who had never spent time in the war zones nearly tripled.

Whatever the cause, one thing is certain.

Suicide isn’t a crime, and it’s not a sin.  It is not committed, but done. It’s an act of despair, of desperation. It’s an epidemic. It needs to be stopped.

All that to say I’m glad AP decided to add an entry about suicide to the Stylebook this year.  It’s at least as relevant as meme, Wiccan and BLT. (no need to spell it out on first reference) If they included it, it means people are writing about it. And if we’re writing about it, we’re talking about it. Talking about it is good. If we look the other way, it continues. If we talk to one another, we can make a difference.

Nietzsche observed, he who has a why to live for can withstand any how.

If you need to be reminded of your why, if you need someone to talk to or you want help discovering your how, reach out: