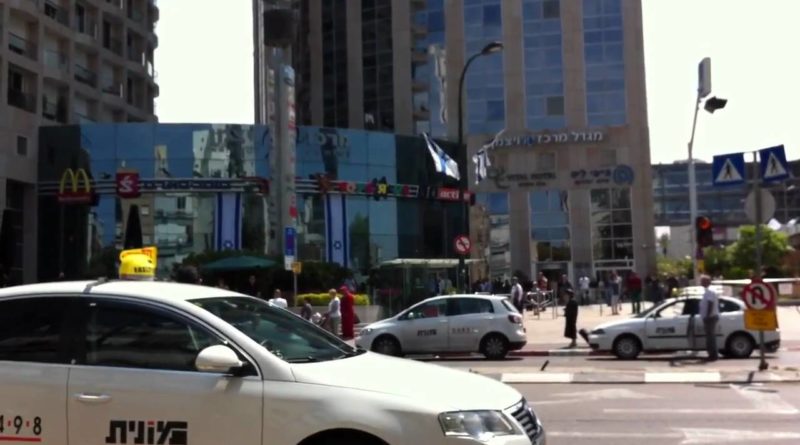 I write things down for three reasons: tell my friends a story, try and affect change and, simply put, clear my head. Putting words on on the screen, or on paper, is cathartic. Sometimes I write here, sometimes I use a pen, seal an envelope, drop a stamp on it and send the words far away.

My thoughts about Memorial Day  were published by the Washington Post.

The blog was live Friday morning by 10:30 and, even though I know better, I looked at the comments. If you’re unaware of the rule, never, ever, ever read the comments on a public thread. My friend Larry chastises me when I forget and sends me this comic strip as a reminder. Don’t.Read.The.Comments.

I did. Clearly I didn’t have enough evers memorized. They alternated between ugly and absolutely hilarious. People argued amongst themselves about me. Some defended me. Some used their poorly spelled words to take digs at me. I’m a whiny, entitled Fobbit. I just want attention. I’m a bitter, self centered MALE propaganda artist for the Marine Corps trying to be the next John Kerry.

I’m none of those things—unless you believe the comment threads. I stopped reading.

I started receiving LinkedIn notes from CEOs and veterans and strangers across the country.

They were positive and polite—people aren’t jerks when their name is printed—so that was refreshing. Many sent requests to connect and, despite currently looking for a new job, I’m hesitant to connect to people I haven’t worked with. Am I supposed to LinkIn with people I don’t know? Help!

I didn’t expect everyone to agree with me. That’s not why I write anything. I just wanted to share my thoughts, start a conversation, implore people to pause and remember. Just a pre-barbecue pause.

Monday morning I noticed dozens of messages on Facebook, tucked away in the “other” folder. I cautiously clicked on the link, peeked in to see what people wrote. How bad can it be after the WashPo comment section? People would have to be really angry to troll me on my own Facebook.

The first, from Israel took my breath away. Israel. With their conscripted service and the IDF and the ongoing conflicts. Israel, where surely each citizen understands the cost of fighting:

Dear Jennie,
Your essay in the Washington Post is making its way around the world, and certainly resonating greatly with everyone I know here in Israel. I moved this past year from the US to Israel. Missing Memorial Day commemorations today is very hard. I’ve been crying most of the day, reading essays, viewing videos and trying to focus for the day on exactly what you propose.

Next year, in the spring of 2016, Israeli Memorial Day (always on the day preceding Israel Independence Day) falls out on Wednesday May 11. Coming a week after Holocaust Memorial Day and leading into Independence Day (a July 4th equivalent), it is an 8-day period of awe, moment, gravitas and raw human sensitivity at its best.

Please come next year. I would be honored to escort you to different sites. To watch the state ceremonies on TV. And to stand in silence for two minutes as the sirens wail, both at night and in the morning, when the whole country – cars on the highways and pedestrians and all classes and all businesses – come to a halt and stand in silence.

There isn’t a dry eye all day long. And, equally critical for me, we share a place on the front lines of freedom, and love for the US military and a debt to them, is something that people here appreciate and respect. I apologize for the length of this note; I just wanted you to know how much what you published for today speaks to us here. Sincerely, Uri

I still haven’t come up with the words to respond to Uri. I will, I just haven’t yet.

The next came from a woman 15 years my senior whose father was shot down over Vietnam:

I think you wrote the article I just saw in Washington Post and this gold star kid wants to say thank you!!! I was just venting on my Facebook page last night that there is nothing “happy” about this sacred day. I was very disturbed hearing the fireworks booming when each one reminded me of the sound that shot down my father’s plane. And yes, memorial day is for those who were lost; but my heart bleeds red, white and blue for the men and women who suffer post traumatic syndrome, and have to hear those sounds and remember their time there and loss they saw first hand.

I’m not as sensitive about people thanking veterans on this day because they can’t thank my father and those lost to cherish freedom. It is however ironic that stores and restaurants – in an effort to try without really learning or thinking, offer discounts and sales to veterans but not one offers it to the families who no longer carry a military ID. 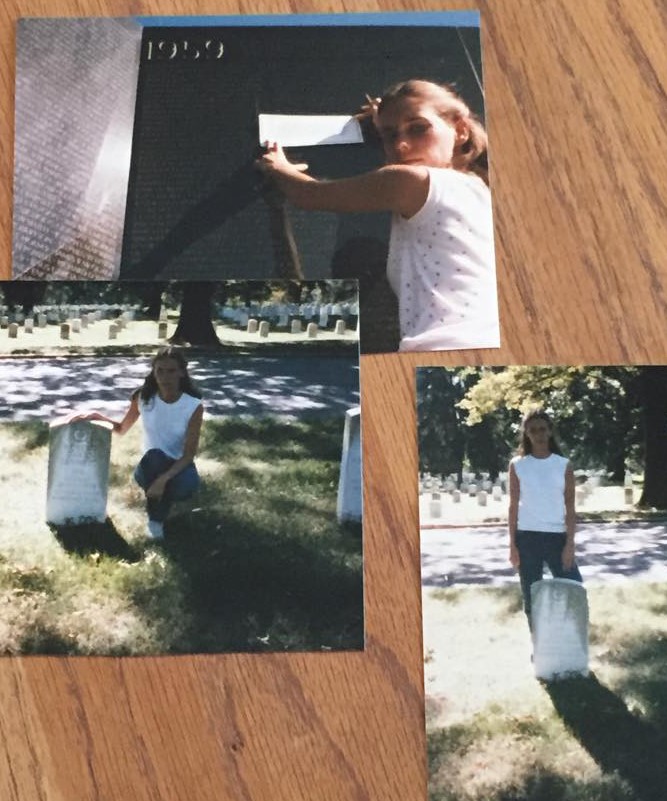 So thank you for pointing out that it is not a day to celebrate the pools being open and the grills being fired up with token red, white and blue plates holding everything from hot dogs to potato salad — when the most important ingredients (gratitude, reflection, insightfulness, reverence, remembrance and appreciation) go sorely lacking as the kids ask, “What time are the fireworks?” Instead of: “What is Memorial Day?”

I stepped away to dry my eyes and returned to read this from a Vietnam Veteran named Rick:

Sorry to reach out to you like this, but I just finished reading your article in the Washington Post and as a Vietnam vet I feel the need to thank you for your thoughts. I’ve been asked to speak Sunday at my church and your article has the same exact theme as what I plan to say. The only difference is you are much more eloquent. I just want to say thank you for writing the article and reminding the readers about what should be a sacred day. THANK YOU!!!

I sent him this note: I’m certain your words resonated yesterday. Thanks for speaking on behalf of our brothers and sisters who cannot. I appreciate your note about the article; I’m often hesitant to share my thoughts beyond my personal circle. It’s great to see it resonate beyond my best friends and my grandma’s Bunko club.

His response made me smile:

The talk went well with many of those in the congregation seemingly somewhat stunned by the frankness of the message. I leaned heavily on your article and credited you in my talk. After I finished speaking at the end of the service it seemed that many were hesitant to engage me, but at home later in the day I received many phone calls thanking me (and by extension you) for the talk.

We exchanged a few notes and he mentioned sending care packages to a Marine named Julia— a Marine who’d been my roomate at Camp Pendleton so many years ago and we’d lost touch.

Her unexpected note brought me to tears late last night:

I read your Washington Post article… feel the same way about Memorial Day. I thought a lot about Megan McClung and my fallen friends today. One of my last memories was pinning on her oak leaf when she was promoted in Fallujah… she was my mentor. Abe Twitchell built one of the rifles that I won nationals with before he was KIA in Iraq also; had an infant daughter he never met.
Too many lost …

Thank you so much for your very powerful article about “Memorial Day.” For years, when ever someone says happy memorial day to me, I reply, “go tell that to a family member that has lost someone. See if they’re happy and celebrating.”

Hi Jennie! I don’t know you but wanted to thank you for the beautiful article in the Washington Post “I’m a Veteran and I hate Memorial day”… I work at our church and every year we pause to remember our fallen. Thank you for reminding the world what this day is all about. May God bless you today and always!

I would like to thank you for your article posted in the Washington Post. After reading your article, I have a different perspective on Memorial Day. We as Americans look at this day as a vacation/celebration. There is nothing to celebrate when American lives were lost in war. This should be a day of remembrance and checking on the loved ones who our solders left behind. Again, thank you!

A quick note from a veteran named Patrick made me smile; his was so different from the anonymous attacks from Vets on the WashPo comment thread:

From one veteran to another, I wanted to Thank you for writing that article for the Washington Post about Memorial Day.

Great article! Eye opening for many I’m sure…thank you.

I was contacted by a radio station in Chicago yesterday and agreed to a 30 minute live interview about Memorial Day. I felt a bit like the Lorax; who am I to speak for the trees? I told the host I don’t hate barbecues and beer and parties with friends—I just want people to appreciate what it took to make this country great and what it continues to take to keep it great.

He asked about a gap between the military and civilians and I said I believe there’s a gap between many different communities—law enforcement, transit workers, teachers, nurses—most people have no idea what it actually costs, in human capital, to keep the country going. We don’t understand or engage until we need something from them. We need to reconnect, we nee dot appreciate all of them.

Late last night as I was finishing this post, ~S~ wrote again to share more about losing her father. Any lingering doubt about sharing my perspective vanished when she sent this photo:
Her paternal grandmother received this telegram when her father was killed in the skies over Vietnam She raised them and each year they made a trip to Arlington to visit their dad’s grave. 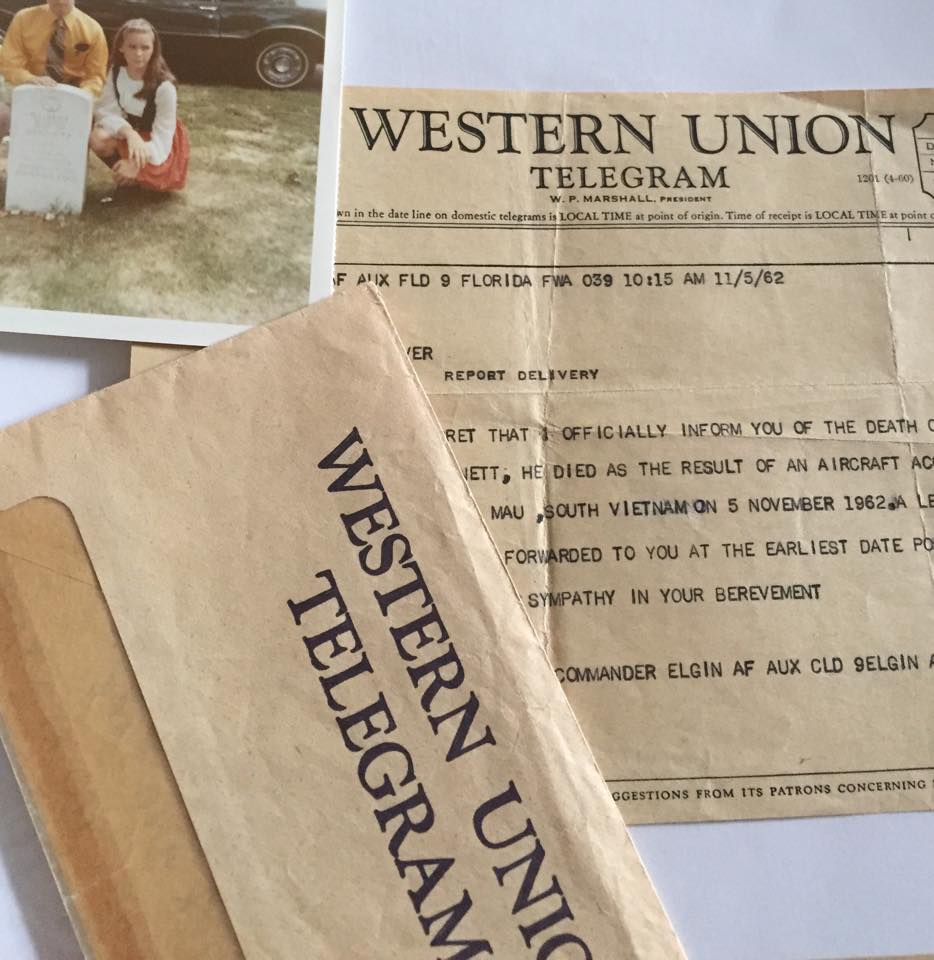 These words greeted me this morning:

Thanks, Jenny. Memorial Day has always been the hardest time for me as a widow, and I have expressed many of the same frustrations to those who ask me what I am doing for the holiday. First of all, it’s not a holiday and, secondly, I will do nothing except be alone away from all the ado going all around me. I am always so relieved when it is over. Really, it’s worse than our anniversary, his birthday, any day.

Memorial Day is just one date on the calendar. I miss my friends the other 364 days, too. I laugh at things they’d appreciate, hear myself saying things they used to say. I still wear the bracelet the sergeant major gave me after Gunny died. Someone asked me when I’d stop wearing it. “I’ll stop wearing it when he stops being dead. It’s part of who I am.”

The dog tag hanging in my truck isn’t mine—it’s the reason I’m on a mailing list for suicide survivors. 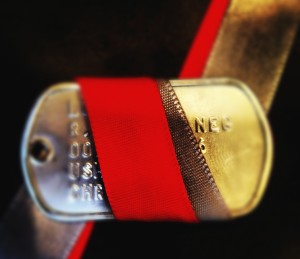 I remember. I don’t sit around and cry and I don’t yell at strangers on the street. But I remember.

My friend Andy, a very no-nonsense Soldier I met in Afghanistan, sent me a text yesterday:

Bad news, insults and disrespect are the weeds of language. They’ll always come up, no matter what. Compassionate, heartfelt statements are rare flowers that need attention and work, thus harder to come by but more appreciated.

I’m honored people reached out to add flowers to my Memorial Day garden.