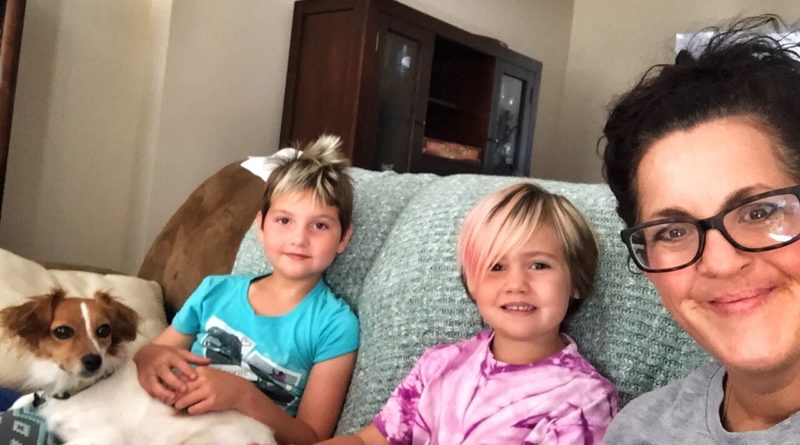 “So, I was thinking about it and I’ve wanted to know for a while and I’m just going to ask if that’s ok,” came the sweet voice as I stepped out of the bathroom, freshly showered after an evening at the beach with my inquisitive 7-year-old friend and her sisters and parents.

I had a conversation today that left me amazed, amused and struggling to maintain my bearing. I’m at Camp Lejeune for a few days visiting friends who have four daughters– 13, 10, seven and five.

Lest they discover my blog in their angsty teenage years somewhere down the line, I’ll refer to them by their ages only instead of littering the Web with their names, forever Googleable.

“Sure Seven,” I said. “What’s up?”  I smiled, wondering what was coming. She was still in her beach clothes, relaxed, leaned up against the wall. I unconsciously mirrored her posture and leaned against the bathroom doorframe, wondering what this sweet child was about to say.

I bit back a smile thinking about the last time she asked me a question with such a dramatic introduction. She was at my house a few weeks ago and I’d just reminded her not to jump on the bed in the guest room.

She took a minute and looked deep into my… who am I kidding? She fixed her eyes on the space over my shoulder and said “So, remember how my dad told you I’m sensitive to things people say? Um, well, since I’m sensitive…”

I cut her off with a smile, telling her I understood she was sensitive but she still needed to respect my request and not jump on the bed. I was worried she’d launch and catch her head on the corner of the dresser and there’s no way I wanted that on the record of things she did at my house.

I laughed when I told her parents the story later; the only reason I’d been told she was sensitive at all was because she’d cried at the farmers market after some woman chastised her for touching a blueberry bush. I admit, I really wanted to snatch that lady up. I didn’t, since the three other kids were watching while Seven and her dad were off to the side chatting. I did, however, decide not to buy anything from that snotty vendor. Vote with your wallet, right?

This in mind,  I met her earnest gaze tonight and said, “What do you want to know, Seven? Ask away.”

She gestured up towards my head with both of her hands, fingers splayed, palms facing me and said, “So, the thing is, your face just… it really isn’t right. I mean, it’s … kind of crooked and like, well, parts of your face stick out a little bit and they don’t line up and the thing is, I’m really just wondering why? Why isn’t it straight? I’ve been wondering for a while now and I just thought this is a good time to ask.”

This kid has one of the most expressive faces I’ve ever seen and I’d give anything to have this conversation on camera. She’s also wicked smart for her age and asks a lot of questions –in general. We had a lengthy conversation in my garden a few weeks ago about why the bee we’d just dug a grave for and buried, had died at all.  “His stinger was still there so it’s not like he stung someone.  There are lots of flowers here so he had food…”

It was all I could do not to erupt in laughter. I was tickled by her curiosity. Her delivery. Her expressions.

She lowered her hands, one on her hip and one at her side and raised her shoulders and her eyebrows simultaneously. “Well?”

I managed not to laugh, smiled briefly and said, “That’s a great question, Seven, and I’m glad you asked.”

She said matter of factly, “Well, I asked because I want to know, and that’s how you learn is by asking.”

I told her when I was a born I had a cleft lip and palate.

“That means, before I was born my mouth was messed up, kind of like an injury. It didn’t grow right. My lip was split open and my nose was definitely very crooked and then they did a surgery when I was a baby and another when I was a toddler and then some more surgeries when I was older and now I have … this mouth and this face and it’s still sort of not straight but it’s a lot better than it used to be.”

She took all of this in and, as I watched her processing it, her younger sister came over and declared, “I think you’re pretty. ”

“Ah, thanks, Five. I think you’re pretty, too.” I could see Five staring at me in my peripheral vision but wanted to be sure I’d answered Seven’s questions, so I held her gaze.

“Seven, do you have any more questions or did that explain it pretty well?”

“No thanks. You explained it. It was really crooked and broken and then the doctors made it less crooked and now it’s not broken, it’s just not straight. Ok.”

And then Five chimed in and said “I have a question.”

Smiling at this sweet, precocious child with an independent spirit and a streak of faded fuchsia in her hair I said, “Yes Five, what is your question?”

She looked up at me, eyes wide, eyebrows cocked and said, “Miss Jennie, how bad did it used to be?”

“Ok, Miss Jennie. Do you want to color with me after I shower?” Discussion over.

The thing I loved most about Seven’s question was knowing she trusted me enough to ask. We’d spent time in the ocean, ducking waves, drifting with the riptide and collecting shark teeth just a few hours earlier. She was comfortable with me.

I’ve had people ask before and I’m not offended by it anymore. I have scars. My nose is crooked. My thin top lip has a scar and even on my best day, I can’t make duck lips.  I need reconstructive dental work, again. My palate is open, again. My laforte was done prematurely and my upper mandible is noticeably recessed.  It’s just part of who I am. I joke about having the profile of a Muppet.

I handle questions with more grace these days than I did 20 years ago–but this was the first time I’ve ever truly enjoyed someone asking me to explain my face.

I enjoyed it because she was sincere and sweet and asked out of a place where curiosity seemed to commingle with respect and affection. She likes me, she really really likes me.

This from the seven-year-old who, hours earlier, taught me why octupi have three hearts!

I enjoyed answering the question because, like her sisters, she’s smart, inquisitive, respectful, adorable and just outright hilarious.

If she was a little bit older I’d show her photos online, explain that some kids don’t get to have surgeries to fix their smiles right away.  I’d tell her about Operation Smile and the time I volunteered with them when I was 19 after getting into a fight because someone made fun of my crooked mouth. Or that I still donate money to them so kids can have surgeries like I did. That a lot of babies are born with broken smiles. I’d tell her about my brother and that his friends have a company called The Nerd Machine and they do great things for Operation Smile so kids can have surgery and their smiles will be less broken too.

She’s seven, though, so I kept my answer simple and then we walked down to the pier, hand in hand.  She and Five played with minnows in a bucket while her dad and sisters fished and I chatted with her mom and took photos of the sunset.

“That’s how you learn is by asking.”

Writing, (and still smiling about the conversation, hours later)