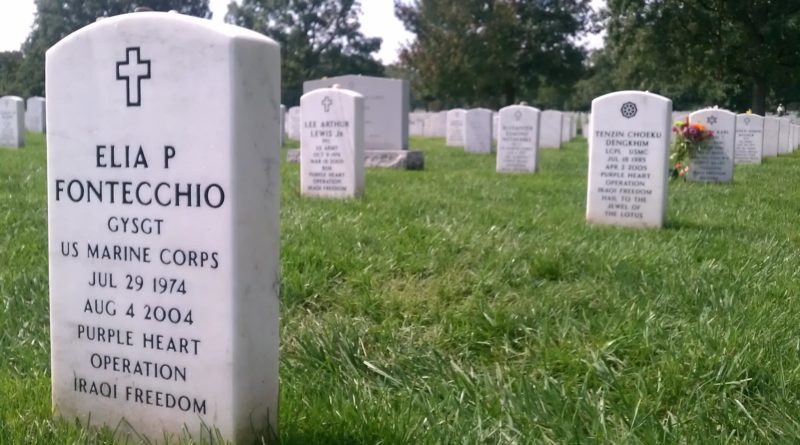 Sat down to write something about my friend Elia Fontecchio and I couldn’t.  It’s the 12th anniversary of his death in Al Qa’im, Iraq. He and a Marine named Joseph Nice died in a village near the Syrian border.

The first Facebook post I read today was penned by one of my closest friends; their company commander.

A dozen years ago this morning, a month from returning, we suffered the final casualties of our deployment to Al Qa’im – LCpl Joseph L. Nice and GySgt Elia P. Fontecchio.

They both died doing their duty, doing what we had gone there to do – separate the populace from the insurgents. And to that end, we were relatively successful. Karabilah had become a safer place for its citizens during our time there, and we never stopped trying to make it so, despite the hardships, the constant danger, and the casualties.

Thus, their deaths were not in vain, but a painful necessary price in pursuit of making the world a better place for those who needed our help. That’s the kind of men that Nice and Fontecchio were – always willing to sacrifice of themselves to help the team, and to help those in need.

Their absence left yet another void in our collective soul, for we are them and they are us. That void remains to this day, though it has been filled with the cherished memories of their fellowship and our undying respect and gratitude for having served alongside men of such character and honor.

We miss them, but we love them. They remain forever at our side, as they did that day – Brothers In Arms.

I don’t have anything new or profound to say about Elia. He isn’t the only friend I lost in Iraq or Afghanistan or the cacophony of life that followed those deployments, but his death –and the aftermath– affected me in a way the others did not. I escorted his body home for burial. 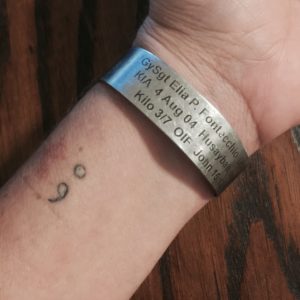 I didn’t stay in touch with his family. I couldn’t.

I think about him. I still wear his name on my wrist.

I still tell people who he is when they ask.

Someone asked me once when I’d stop wearing the bracelet.

I remember responding, “When he stops being dead.”

I still speak of him, of  them.

I still believe if we remember their names, tell their stories, they won’t be forgotten.

Here’s a few words I shared three years ago about his funeral.

Finally, here’s a blog post from two years ago where I discussed things like friendship and loss and honor and service and compassion and ignorant platitudes and (slightly) inane questions and the power of words and why.  There’s a lot of me and I in the links, but that’s what this blog is.  It’s the place where I write about things that are important to me.

Oh. And feelings.  There’s a handful of feelings mashed in there, too. And a haiku.

Seems I could write today. I just couldn’t say it better than Kilo 6 or any differently than I’ve already said it.

And so. I’m going to publish this post, raise a glass, toast my friend and remember.