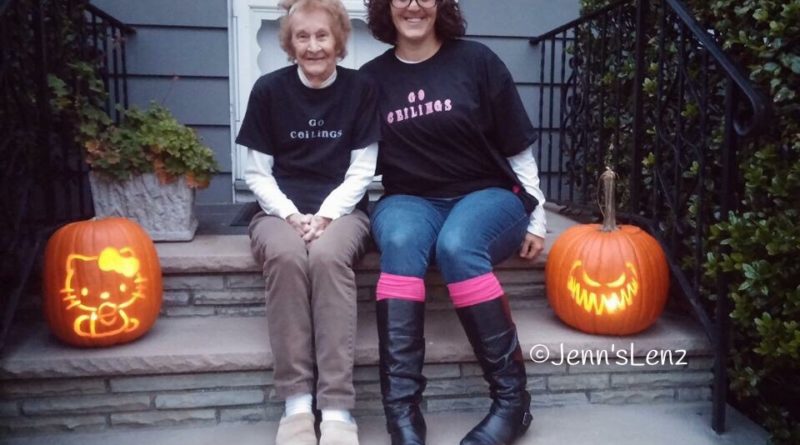 Tonight as I waited for Aunt M’s room in the palliative care ward to be cleaned and prepped for her transfer, I sat in her darkened room on the neurology floor and laughed until my sides hurt. Quietly, of course.

After four days on the neurology floor at Morristown Medical Center it was time to make a decision.

Earlier today my cousin decided (with input from me after a few frank discussions with the doctors) not to request a feeding tube of any sort and instead to honor Aunt M’s written wishes and do what we both know she’d want: comfort measures, pain management and end of life care.

The massive stroke she suffered predawn Friday 24 hours after spending a near oxygen deprived night in an awful rehab facility (I may never forgive myself for choosing based on online reviews), left her paralyzed on the left side with slurred speech and, a follow-up CT revealed 36 hours later, destroyed the entire right hemisphere and was slowly continuing across the center line.

Not only wasn’t she going to recover the left side, vision or the ability to swallow but she’d continue to deteriorate as the stroke continued to progress.

And so the orders were issued and the wait for a room began. Sadly? One was expected to be available “sometime” tonight. That’s how the palliative care ward works.

After that ball was set in motion I called my grandmother, activated the speaker on my iPhone and set it on the pillow next to Aunt M’s ear.

Listening while my Grandma said a final goodbye to her younger sister was a punch in the gut.

They weren’t close; mine is perhaps the most fractured family I know of.

Still it was important to let them say goodbye, especially after I told my grandma making the trip to Jersey from California to see her dying wasn’t necessary- or what Aunt M wanted.

After the call I walked out of the room to cry and dropped a note on Facebook asking my friends to send jokes.

A few friends responded with “I have no jokes.” I understood. But I needed to laugh.

A few responded with jokes authored by their kids “How do you wake Lady Gaga up?” Poke her face.

“How do you make a tissue dance?” Put a little boogy in it.

The animated short about two corn chips made an appearance.

“What kind of shoes do rich people wear?” Cashews. All funny and appreciated.

And then Becky told Twitter to send me a joke.

The first response made me giggle.

@johnsonr @JennsLenz Neutron walks into a bar, asks how much a martini is. Bartender says: for you, no charge

The second response had me laughing so hard I had to walk out of the room.

@joshgreenman @johnsonr@jennslenz
Hydrogen atom: I think I lost an electron.
Are you sure?
I'm positive

I needed Google to understand this one.

And when I got it, I cracked up again.

One complete stranger told a joke that spanned multiple tweets. When it was done I was so caught off guard by the punchline I dissolved into a new fit of hysteria. There were too many to include them all here.

@MetricButtload @johnsonr @GayPatriot stop! HAHAHAHA. Ahhh. I'm about to be kicked out of here! Ha! pic.twitter.com/oVDVeKVE3X

When I could breathe again I went back into the room. I responded to a few tweets, followed a few new accounts, read an interesting blog and then started reading the jokes out loud to Aunt M’s lovely roommate. We both laughed some more.

After that much needed reprieve from the giant sad I’ve been “haz” for the past few days I packed everything up and waited for them to come and escort us to the new room.

I searched my phone for photos of Aunt M to show her sweet roommate. We’d spent hours talking and sharing life stories by now.  This one made me laugh in the wake of all the jokes on Twitter.

She thought I was the wittiest person on the planet when I made her join me in dressing up for Halloween. 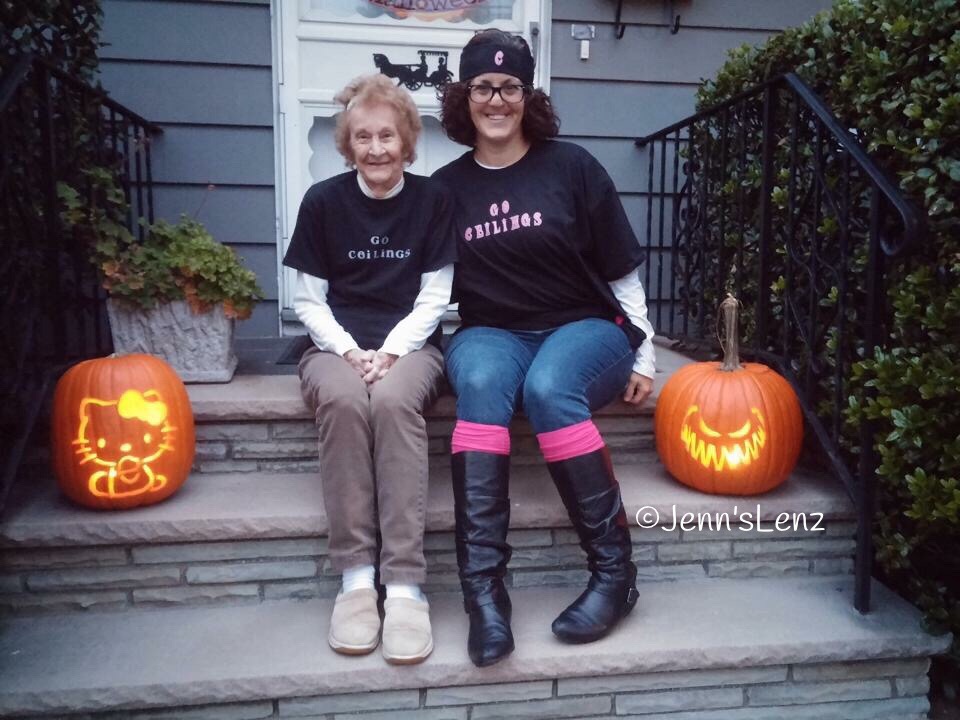 We were ceiling fans.

And now we’re roomies in Simon, Room 305. The space is incredible and the staff is too. Bonus? A roomate who likes to talk and has extra Kleenex.

My heart, lighter as a result of the barrage of jokes Twitter produced, hurts.

I’m fortunate for the time we’ve had together and love that each visit included plenty of laughter.