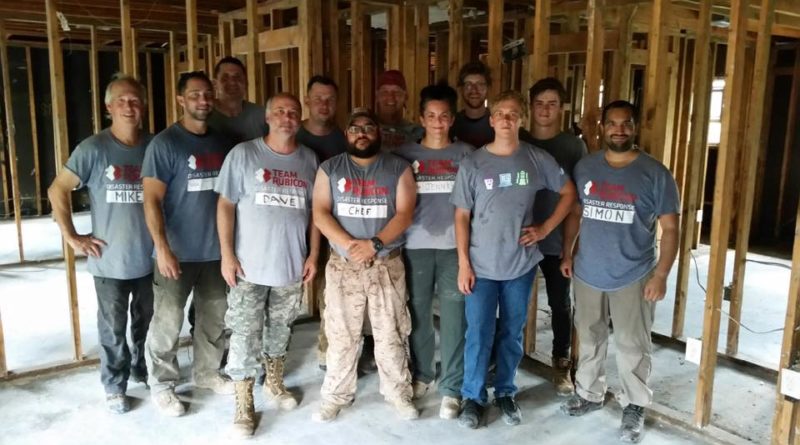 On my flight from Atlanta to Raleigh, homeward bound after a week in Baton Rouge, it occurred to me for the first time in the ten years since I left active duty in the Marine Corps after a combined 14 years of service, I’m a veteran too. I feel like a veteran. I believe I’m a veteran. I am a veteran.

For years I thought my service wasn’t as significant as others because I didn’t deploy. When the topic comes up I’m quick to point out my time in Afghanistan didn’t count because I was there as a civilian. 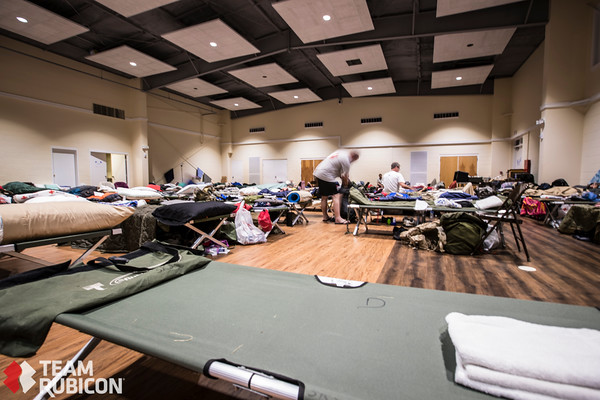 This week though, sleeping on a cot 24 inches away from a chief financial officer and a firefighter, amidst dozens of other cots filled with a chef, data scientists, medical aid workers, attorneys, construction workers, cashiers, nurses, retirees, artists, firefighters, cops, grandpas, grandmas, businessmen, paramedics and a photographer, I realized we all have our own stories.

For the first time, perhaps ever, I was in a room with Soldiers, Sailors, Airmen, Coastguardsmen and Marines all at once. We had veterans from Canada, Australia and the U.K. as well.

Our military experiences are unique but the commonality of service bonded us.

Scattered amongst those of us with DD214s were a handful of interns in their early 20s, members of IsraAID, a group from AmeriCorps and AZCC, a group from FEMA, a group from NRG and a number of kick ass civilians as Team Rubicon calls the non veteran/first responder members of the TRibe. 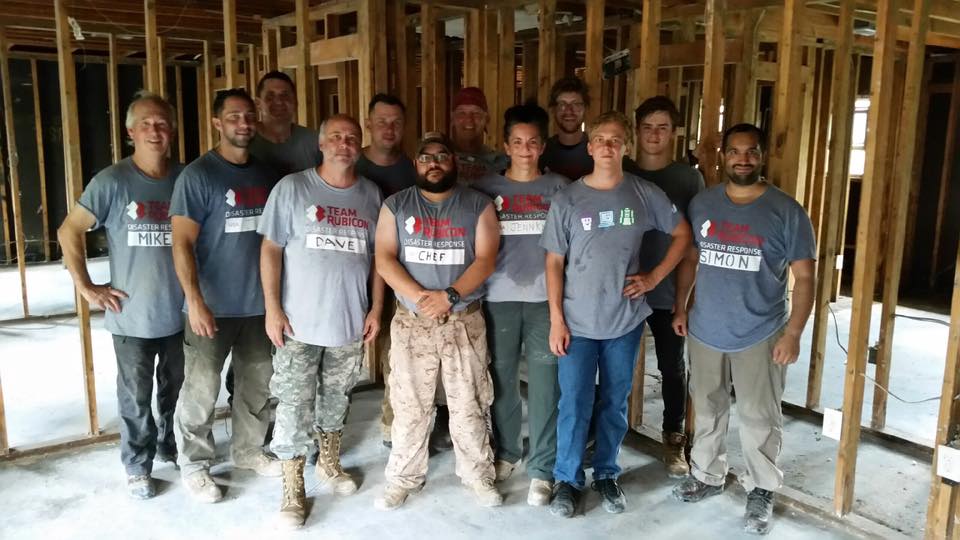 I laughed hard this week, talked a lot of trash, groaned at unending puns and cried after a Marine shared the story of his battle out of the grips of PTS. One of the most courageous dudes I’ve met in a long time.

I met an awesome group of men and women and sweated through my britches. Every. Single. Day. 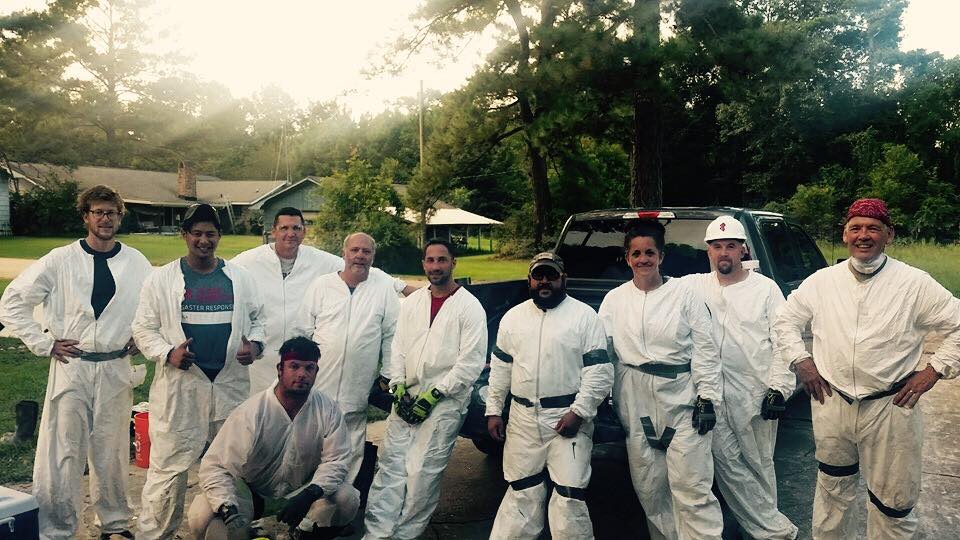 I laughed and cried with homeowners, too. We set aside muddy photos and commemorative plates and sealed boxes of baseball cards and listened to their stories when we handed them back. 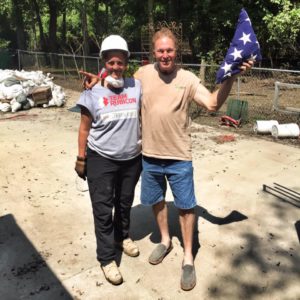 We took an American flag off the wall before we demolished an out building and diligently folded it, handed it back to the surprised veteran who owned the home.

That was an emotional moment, for sure.

He ran down the street to his mother-in-law’s still flooded home, hollering “Woohoo! They saved my flag,” holding it over his head. Dust ninjas on scene.

There’s no real way to describe the devastation the people in these communities experienced. In many cases, they lost everything they owned.

This is a great explanation of what it was like to walk in after the fact and help clean up. 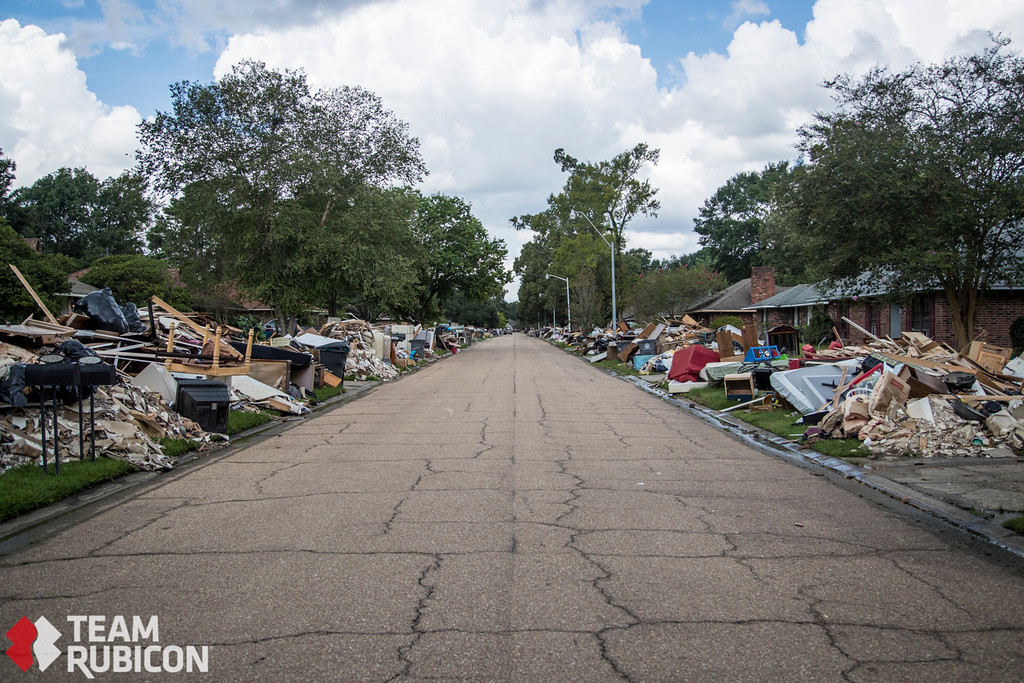 We were housed by and catered to by the people of St John’s Methodist Church in a way I didn’t anticipate. It was incredible to be so well cared for while we were there, ostensibly, to care for them.

In the process of helping the flood-beleaguered citizens of Baton Rouge, St Gabriel and Denham Springs (to name the places I worked; not an inclusive list of the more than 50 homes restored when I left at the end of the second wave of volunteers), Team Rubicon helped me.

Helped all of us. 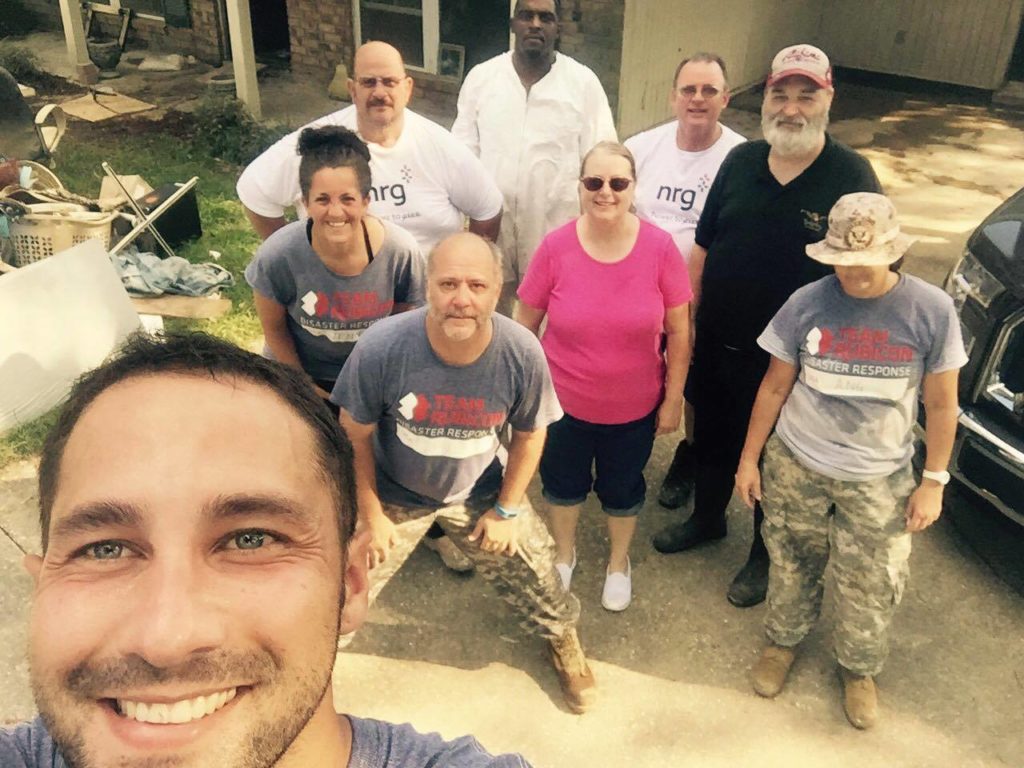 Serving as a purpose, and being purposeful about serving? Yeah. It’s legit. 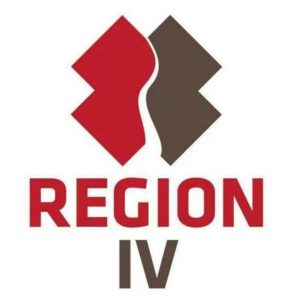 I’m stoked I (finally) joined the TRibe. RCCL would be too. He’s the one who first told me about TR; he’d served in the same battalion as the Marines who founded Team Rubicon. He spoke of joining when he retired. We know how that story ended. I took time this week to think about him, thank him for sharing TR, reflect on the fact I was on a TR Operation during National Suicide Awareness and Prevention week. Timing, eh?

If you’re a veteran and need a reason to put your pack back on, if you like to work hard, swing hammers, break stuff,  help people on their worst days, and want to reconnect with like minded people? Join.

If you’re a kick ass civilian or a first responder? Join.

If you love veterans and Merica and want to help us help her (and respond to disasters around the world) donate some dollars. Seriously. Check out the page.  Be involved . GetShitDone, as we say.

Going to knock out more training and keep a bag packed for the next Op.

One thought on “Operation Geaux Big”