A coworker suggested I look into a desert adventure while I’m here in Dubai.  I looked online.  They seemed kind of cheesy.  So I promptly booked one.  I mean, what’s NOT to love about four wheeling in the desert, riding a camel, eating outside and watching fire throwers and belly dancers?

I’d forgotten what happens when you book a trip or anything for “1.”  You typically get lumped in with an existing crowd.  In this case, there were 15 extended family members.  The driver picked me up first and at their hotel the father (I think) said, “No English? Noooo problem!” 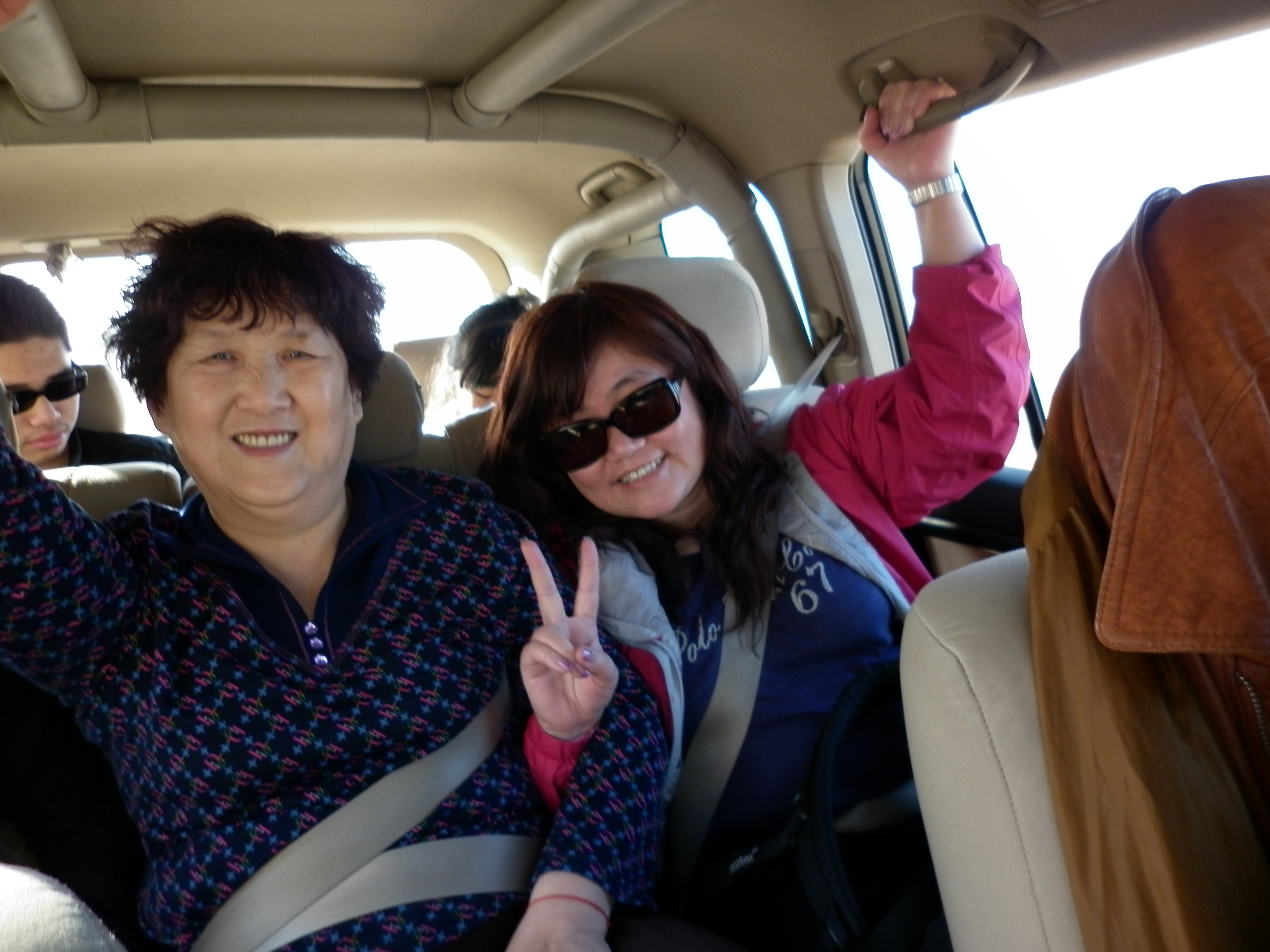 The driver, Sam (pronounced sOm) stopped to release some of the air pressure and opened the Landcruiser doors and said, “Take Pictures” before we ventured out into our corner of the 3,630,000 sq miles that make up the Sahara Desert. 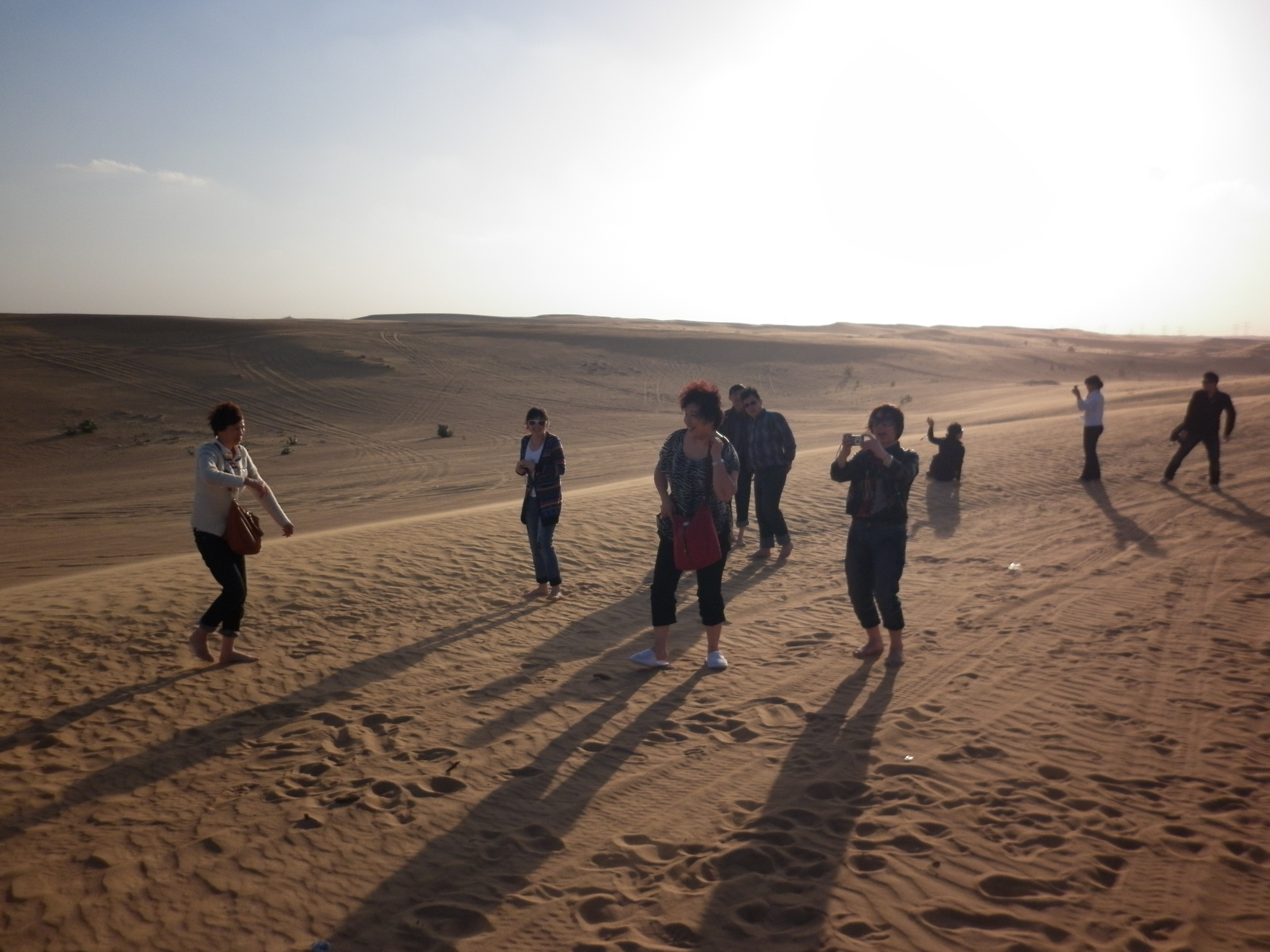 Cracked up (and joined in) as everyone scrambled to take as many pictures as possible.

I snapped a few shots for one of the couples and she obliged when I asked her to do the same for me.  In fact, she choreographed the shots. 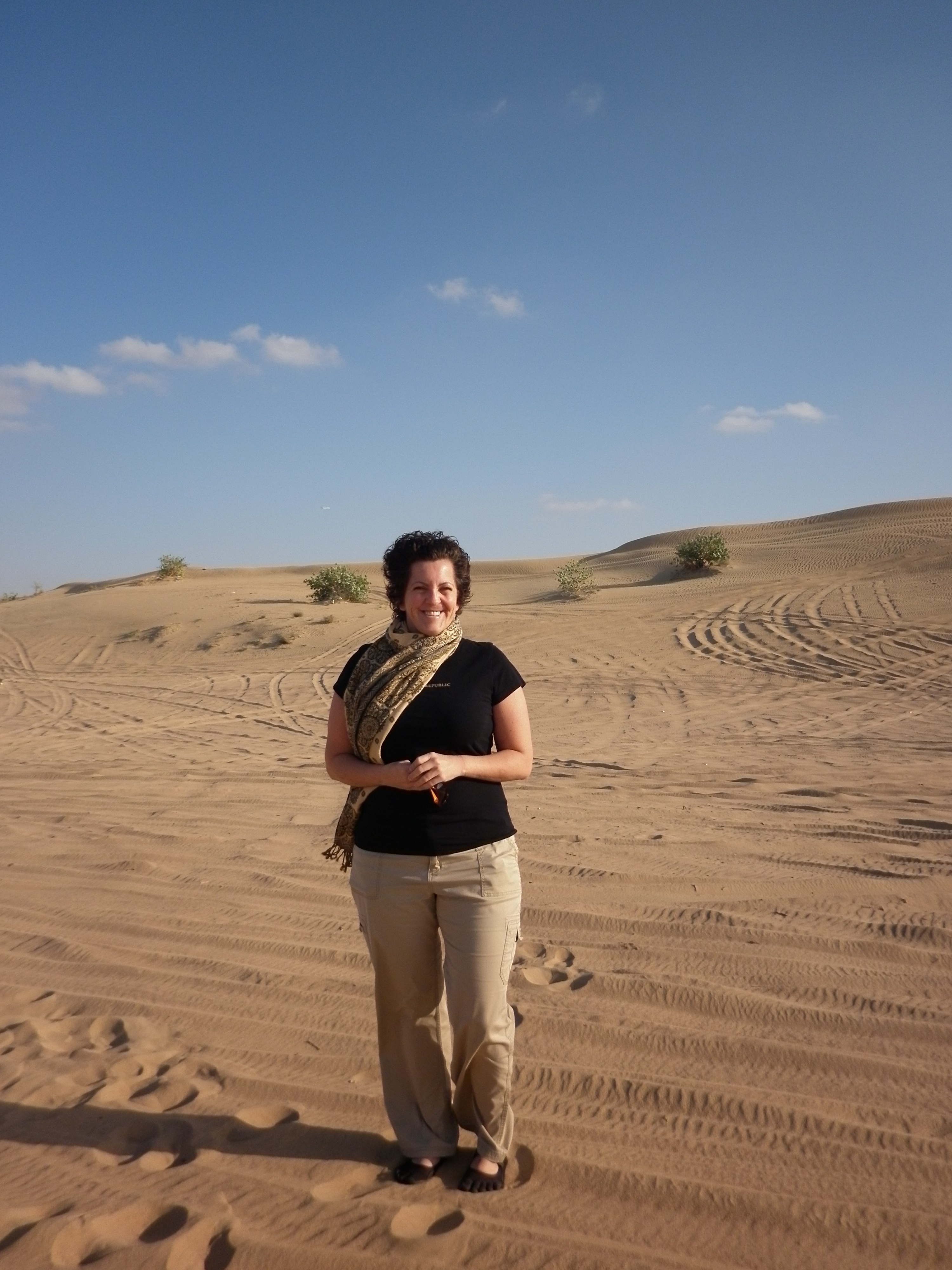 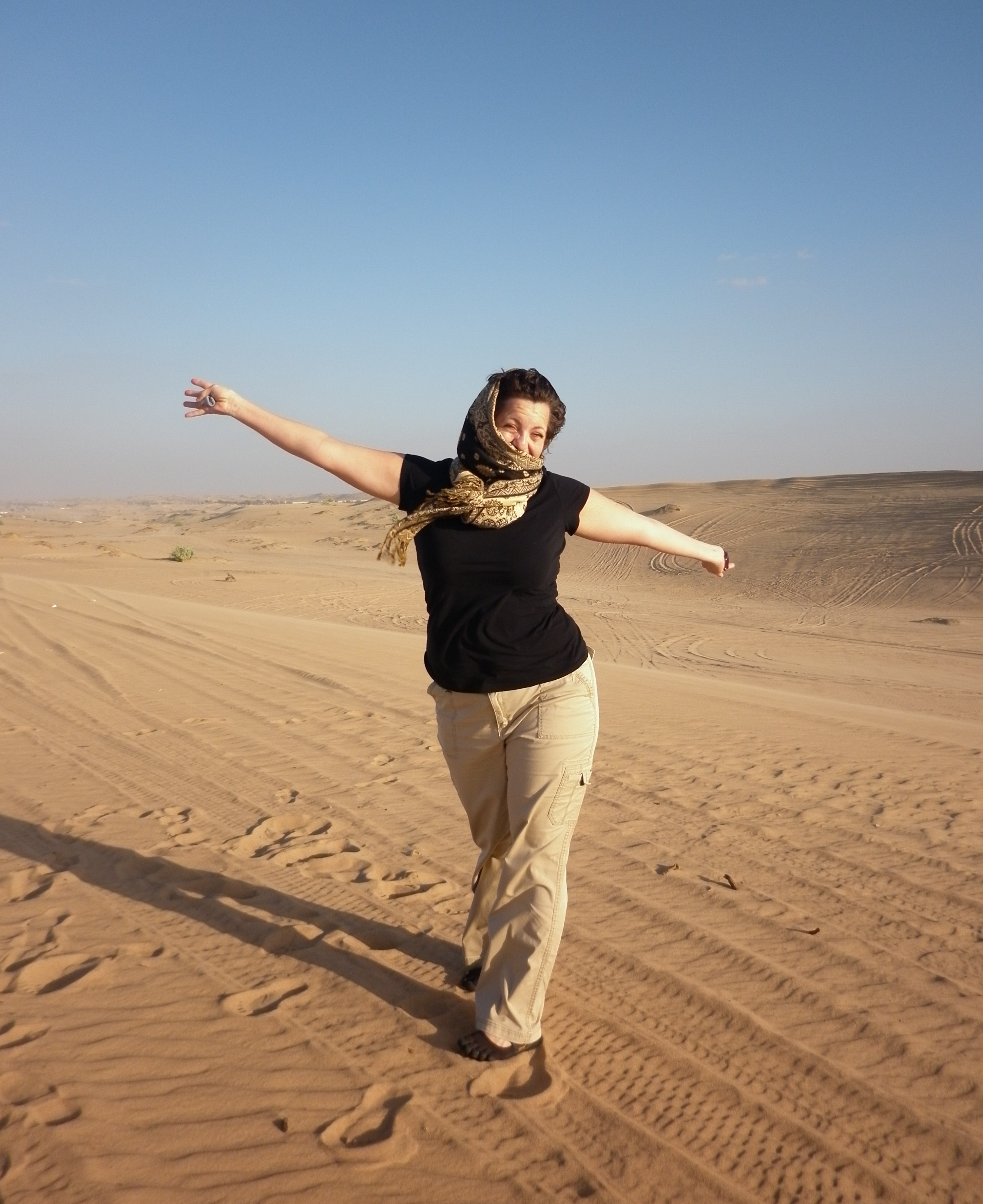 We spent about 45 minutes with Sam trying to kill us (or at least trying to scare the wits out of the teenagers in the back.) 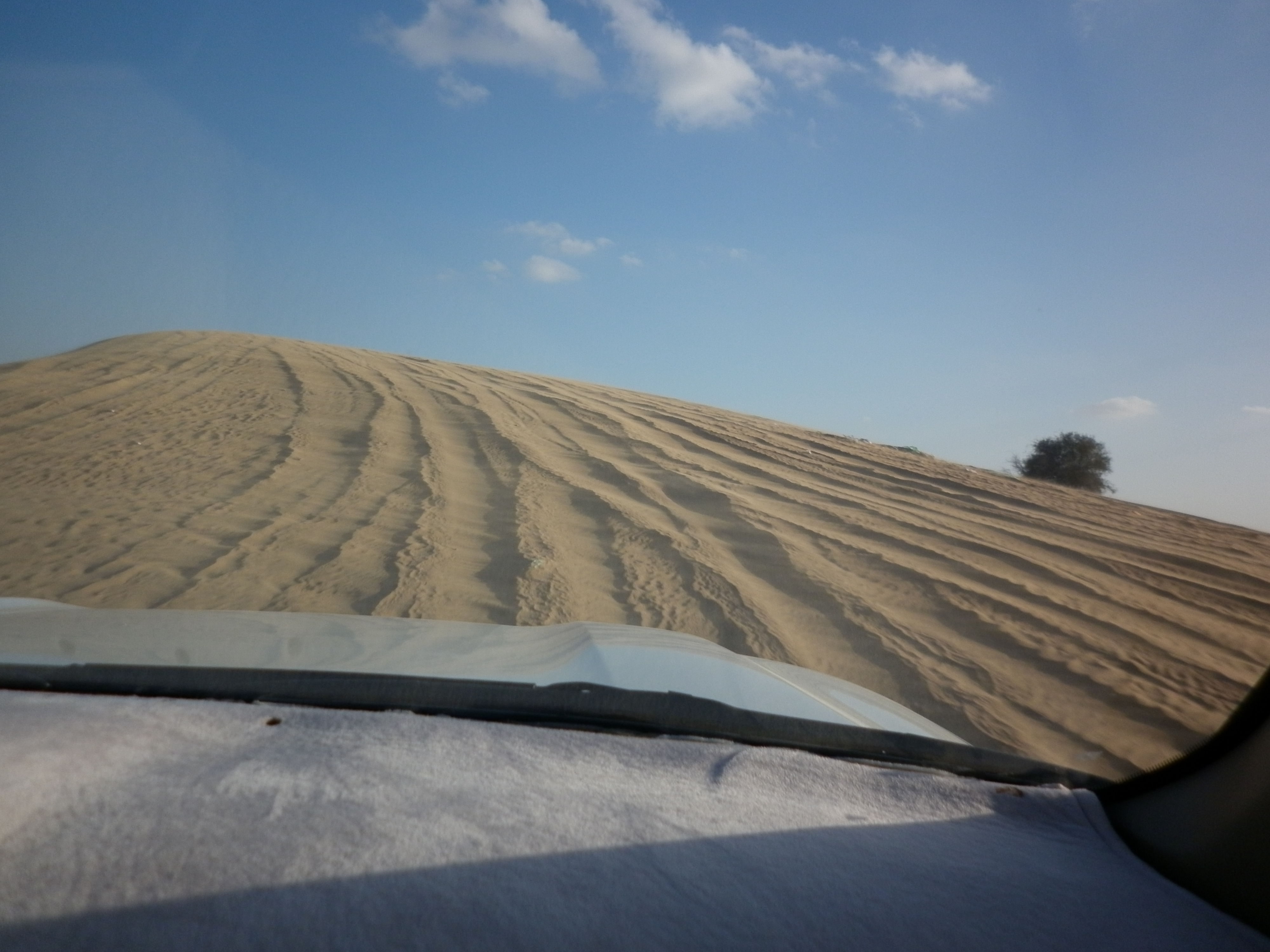 This next shot is pretty… unsettling.  This is a close up of the sand.  I had the chance to snap this shot because we came so close to rolling. On my side.  Ahem.  Not nearly as fun as it was when I was 21. 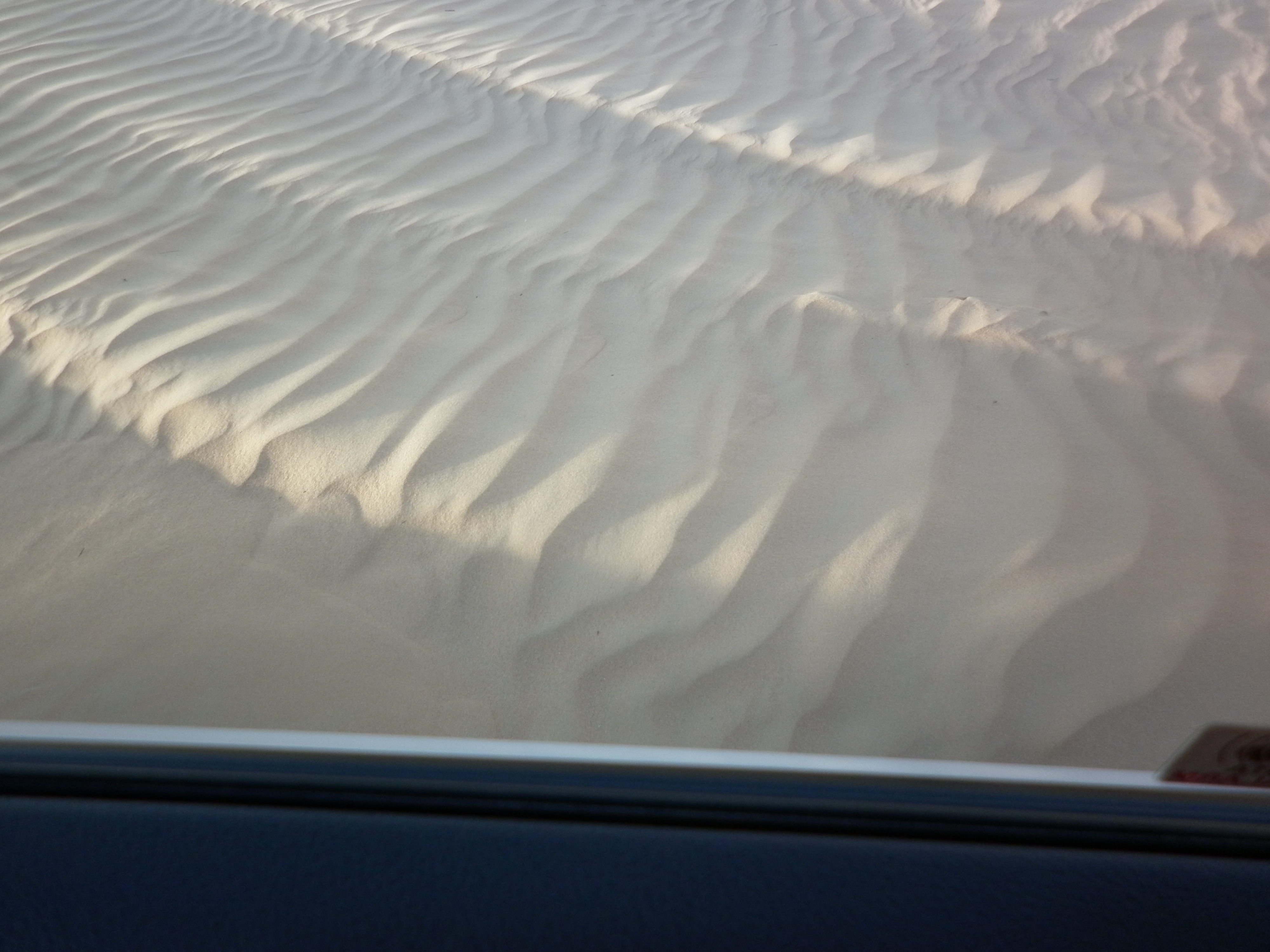 He was actually a skilled driver and I enjoyed it. 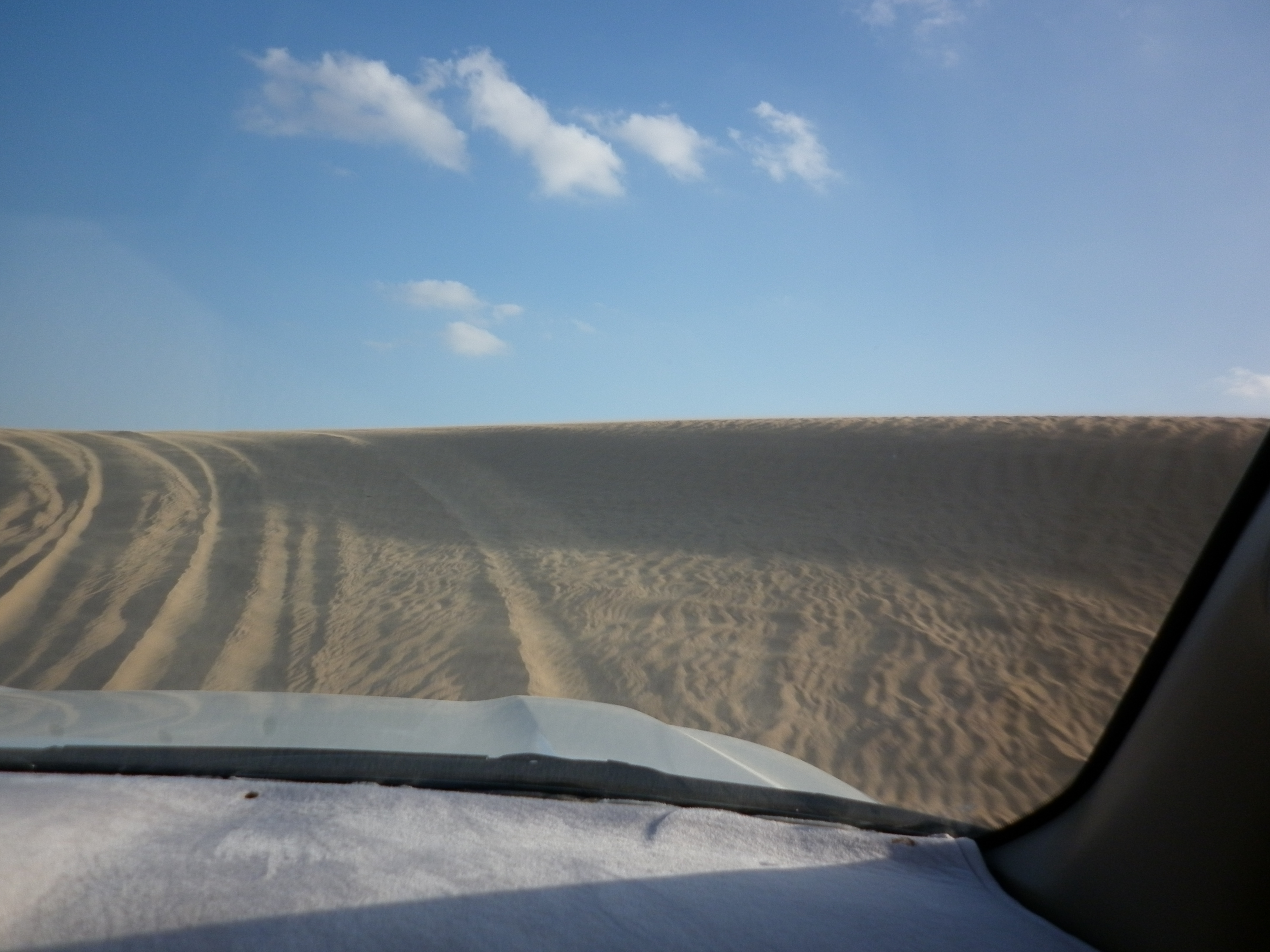 We stopped again  for more photos. 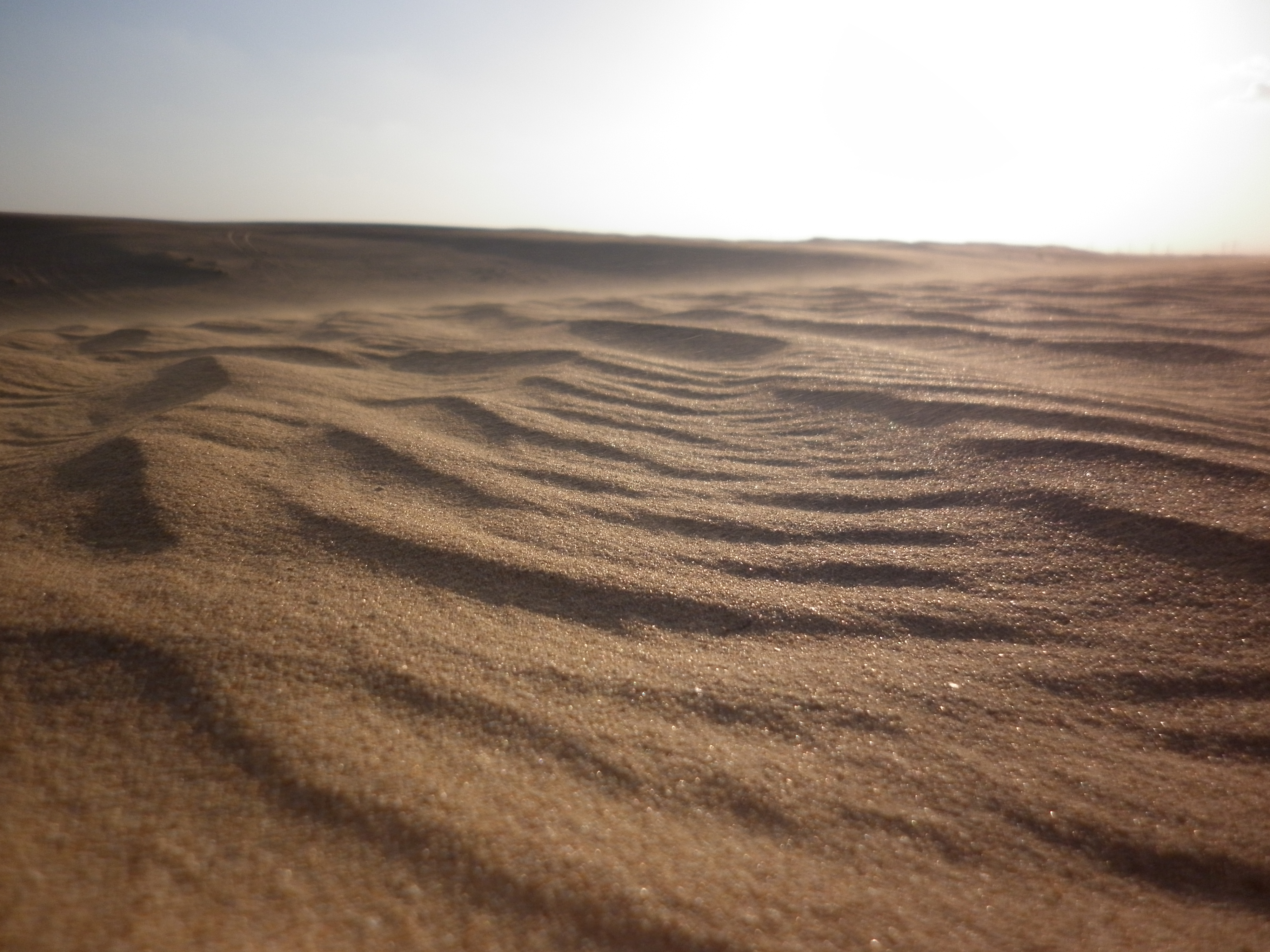 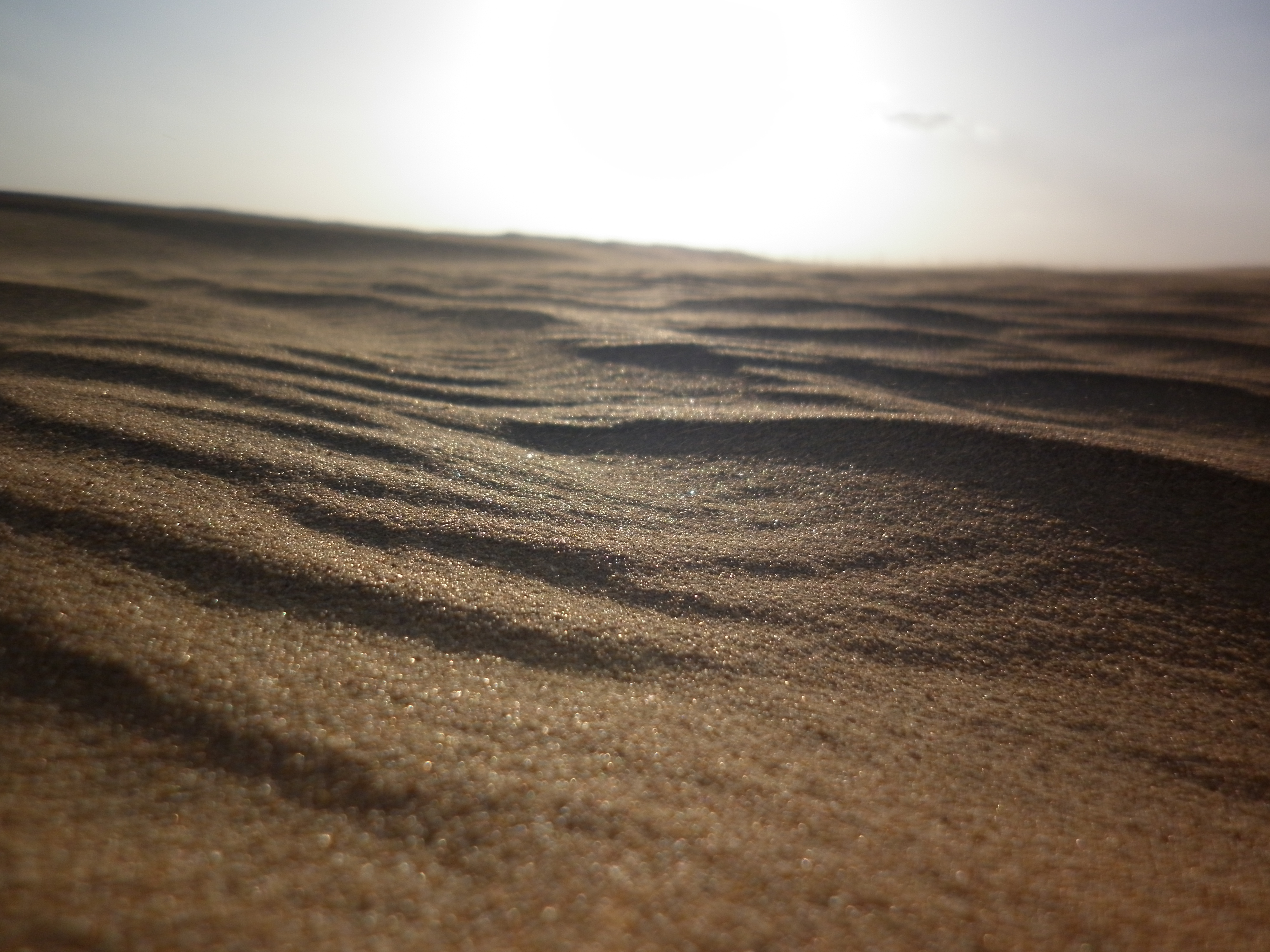 We made our way over to the ‘camp’ (along with the other 1,000 people who’d apparently signed up for the tour) and, in the true spirit of tourism, I waited in line to ride a camel.  (I’ve ridden one once before; Gram and I did.  At the Albuquerque Zoo.  This wasn’t much different.  Except it was in the Sahara Desert. 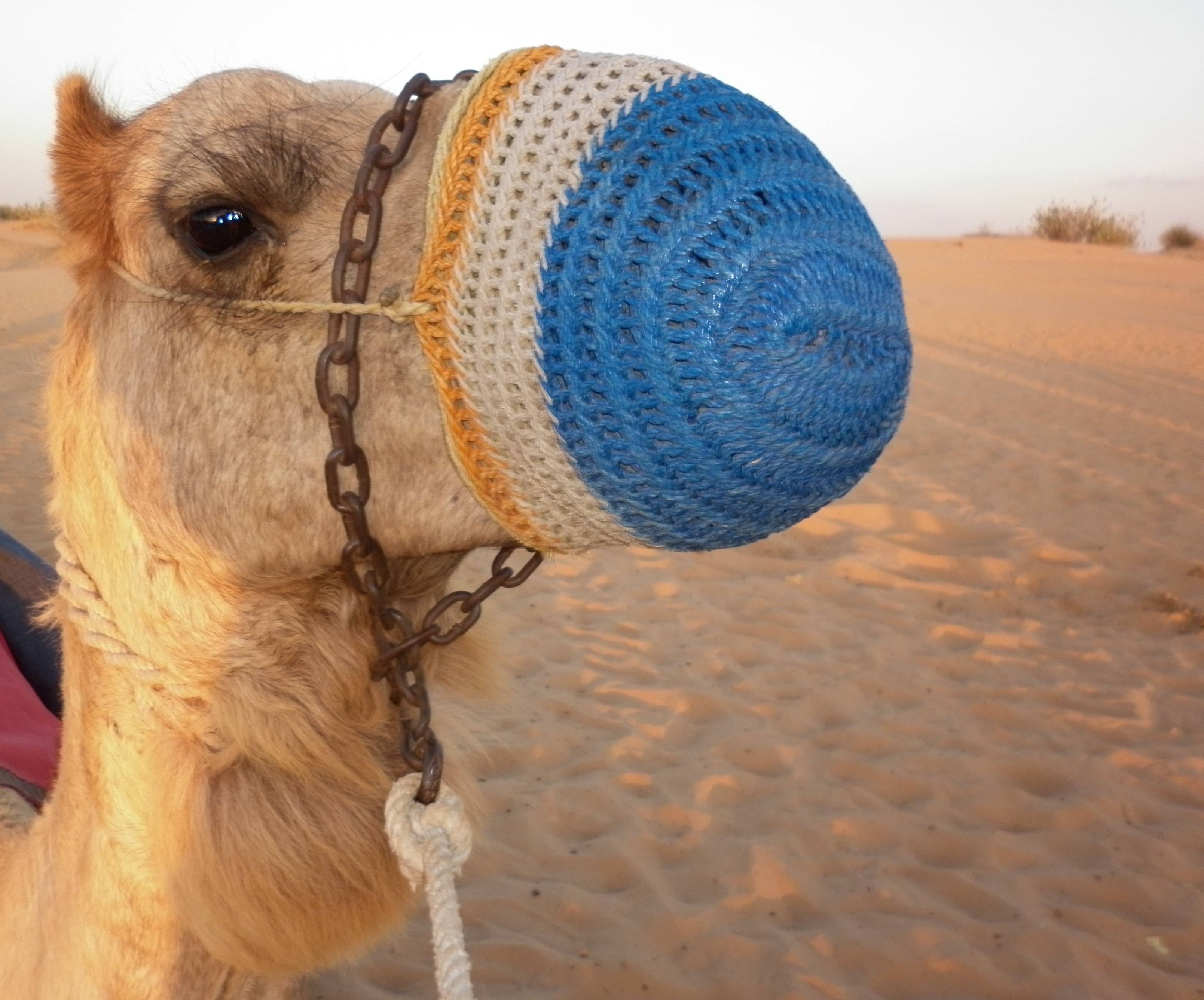 We rode in a circle.  Like complete tourists.  Here’s proof. 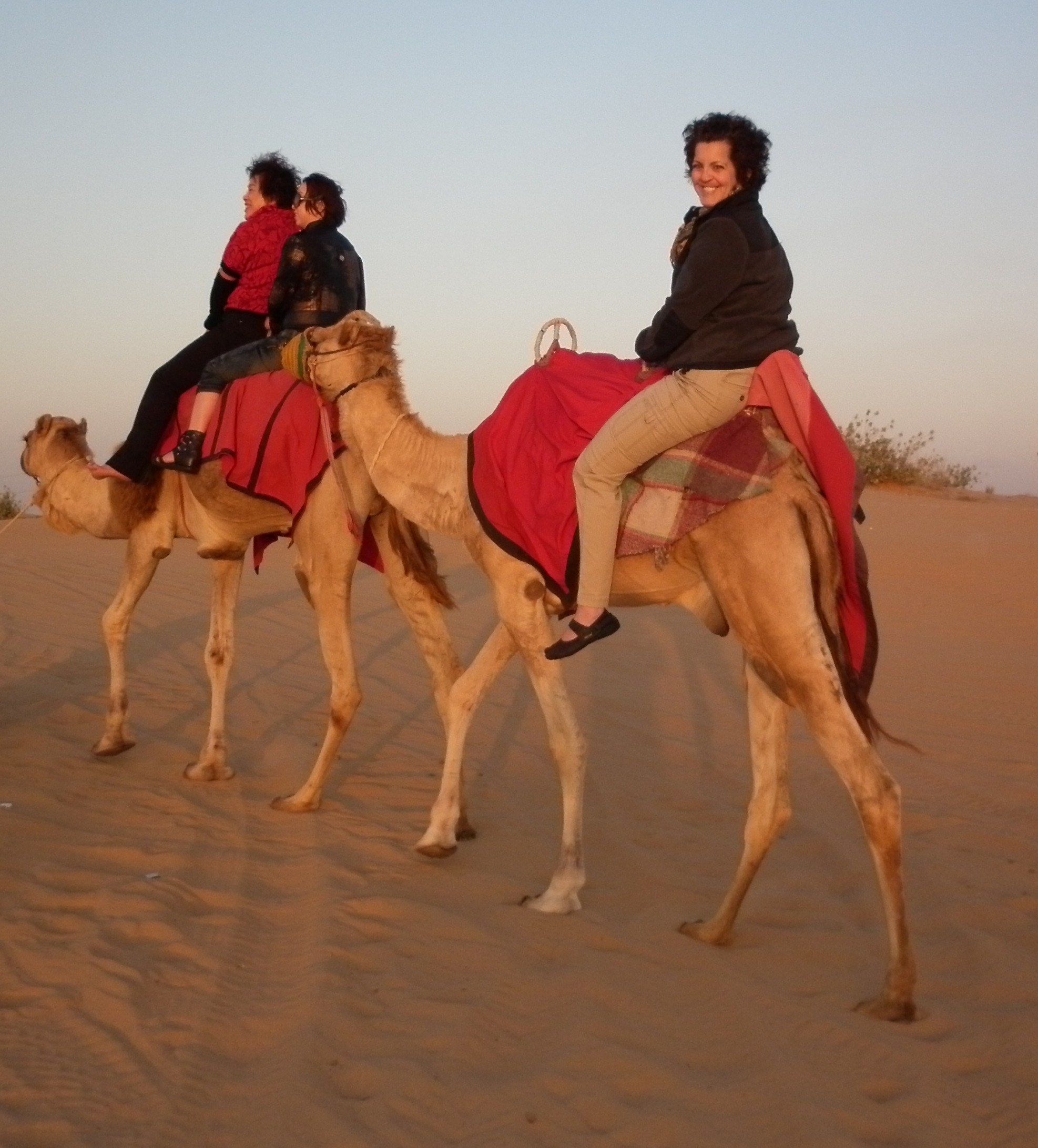 Can’t post without a shot of a ‘local’ so here’s one more of Romeo and his handler. 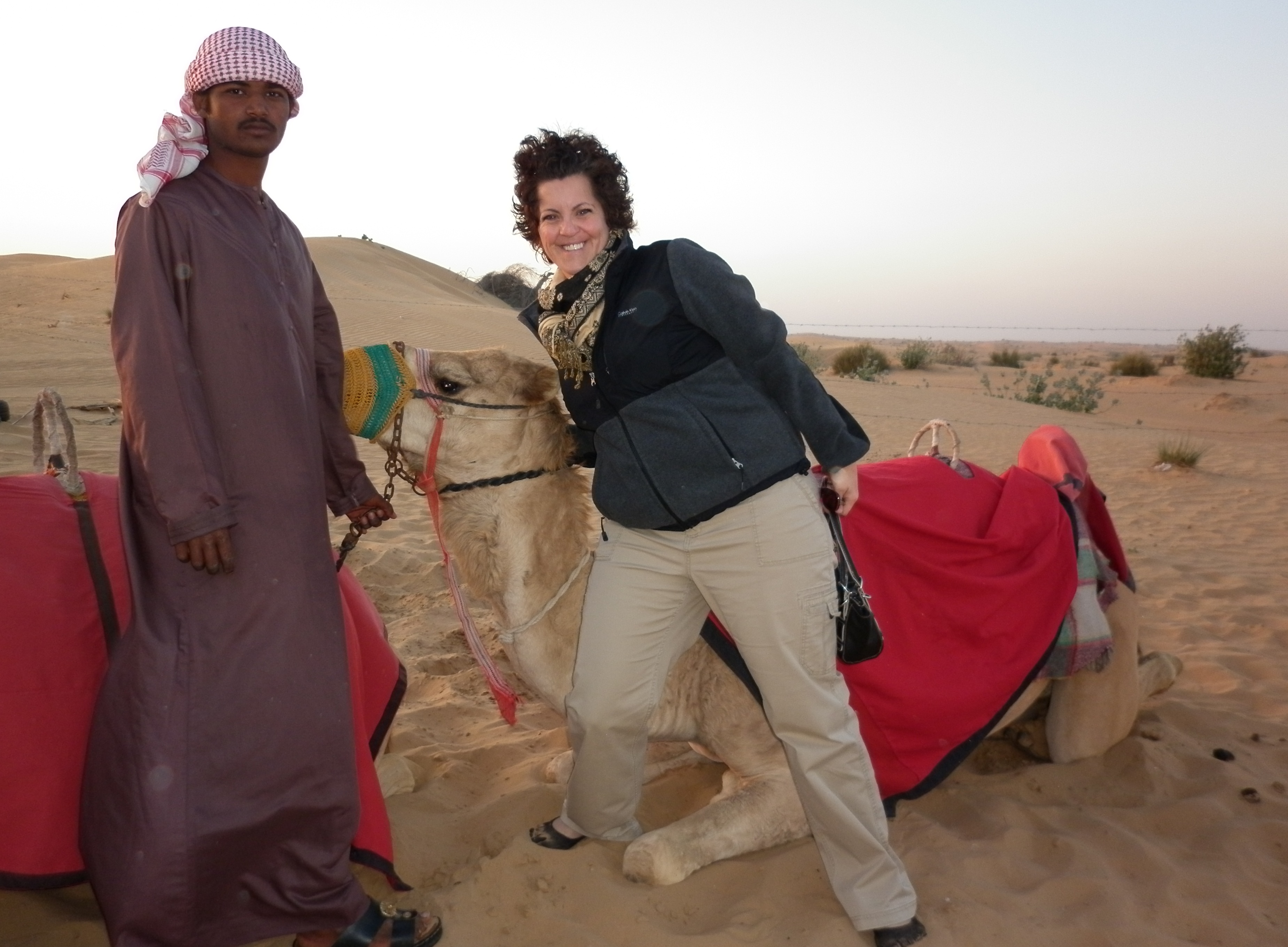 Next it was a trip into the village with souvenirs (no thanks) henna body painting (huh uh) a few dance routines and then dinner. 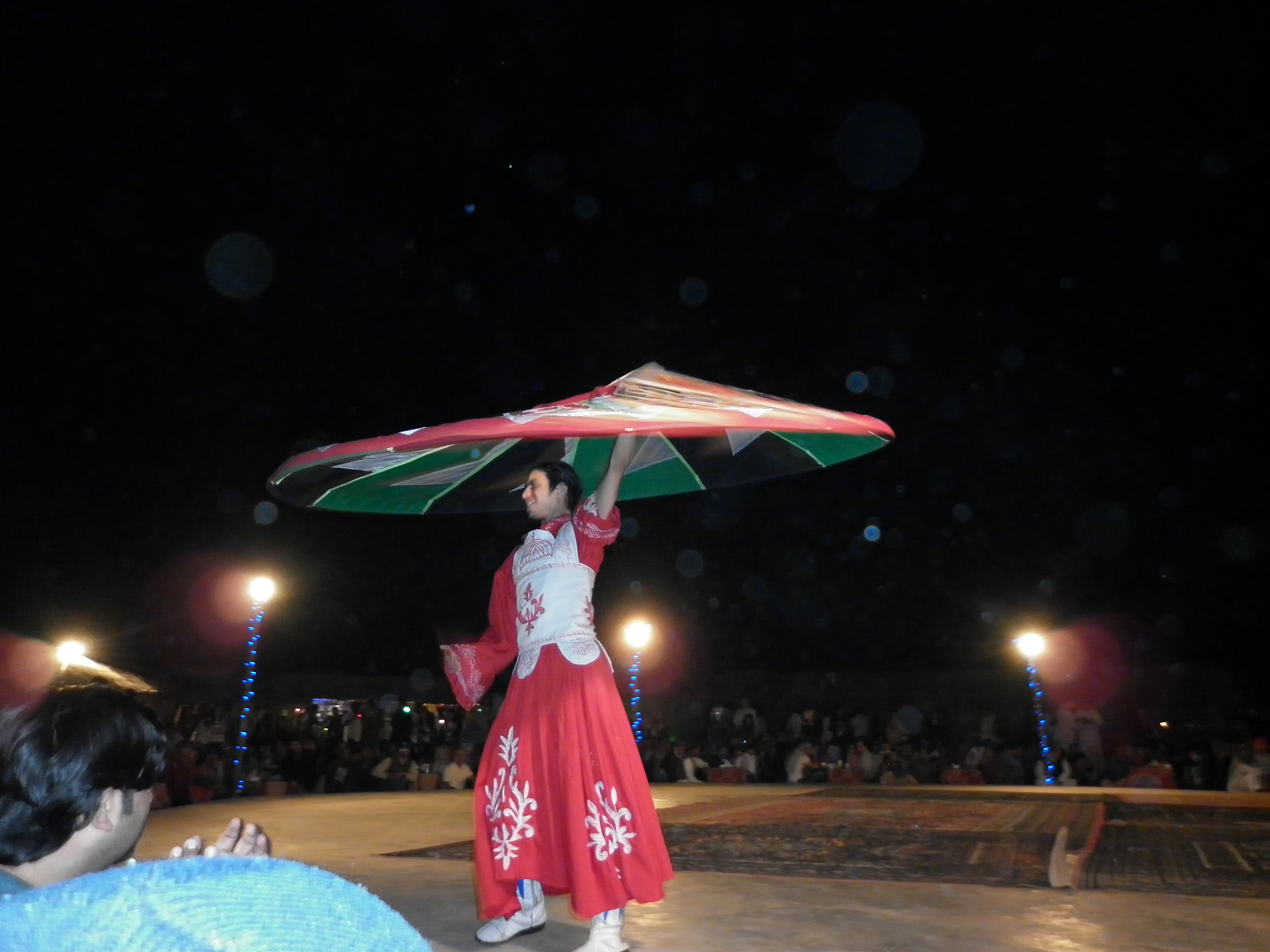 And there was a falcon. 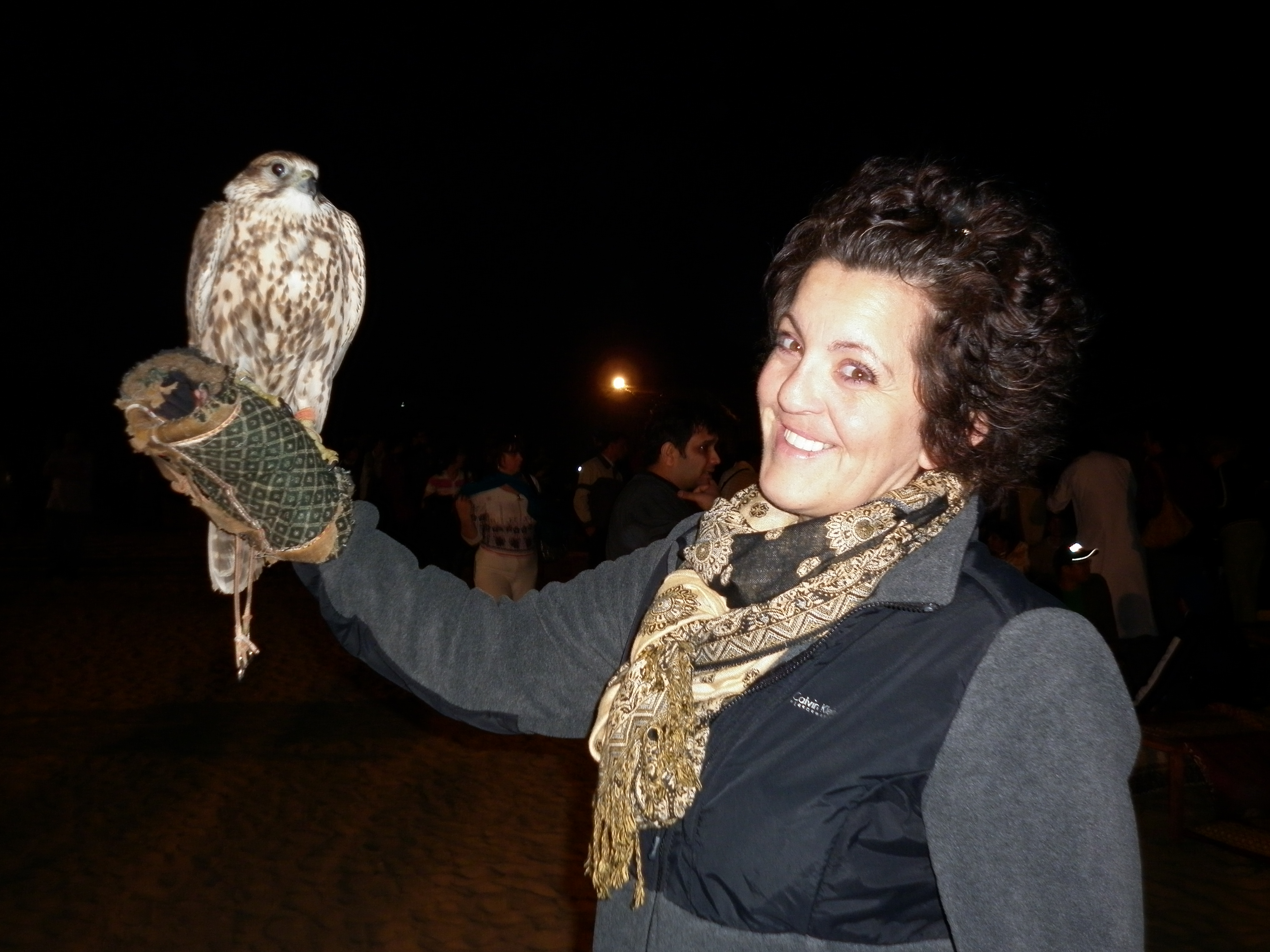 Dinner was… good.  It was an outdoor buffet but I enjoyed the hummus and rice… because they were soft and I was hungry.  I’m in no danger of starving but it still hurts to chew. 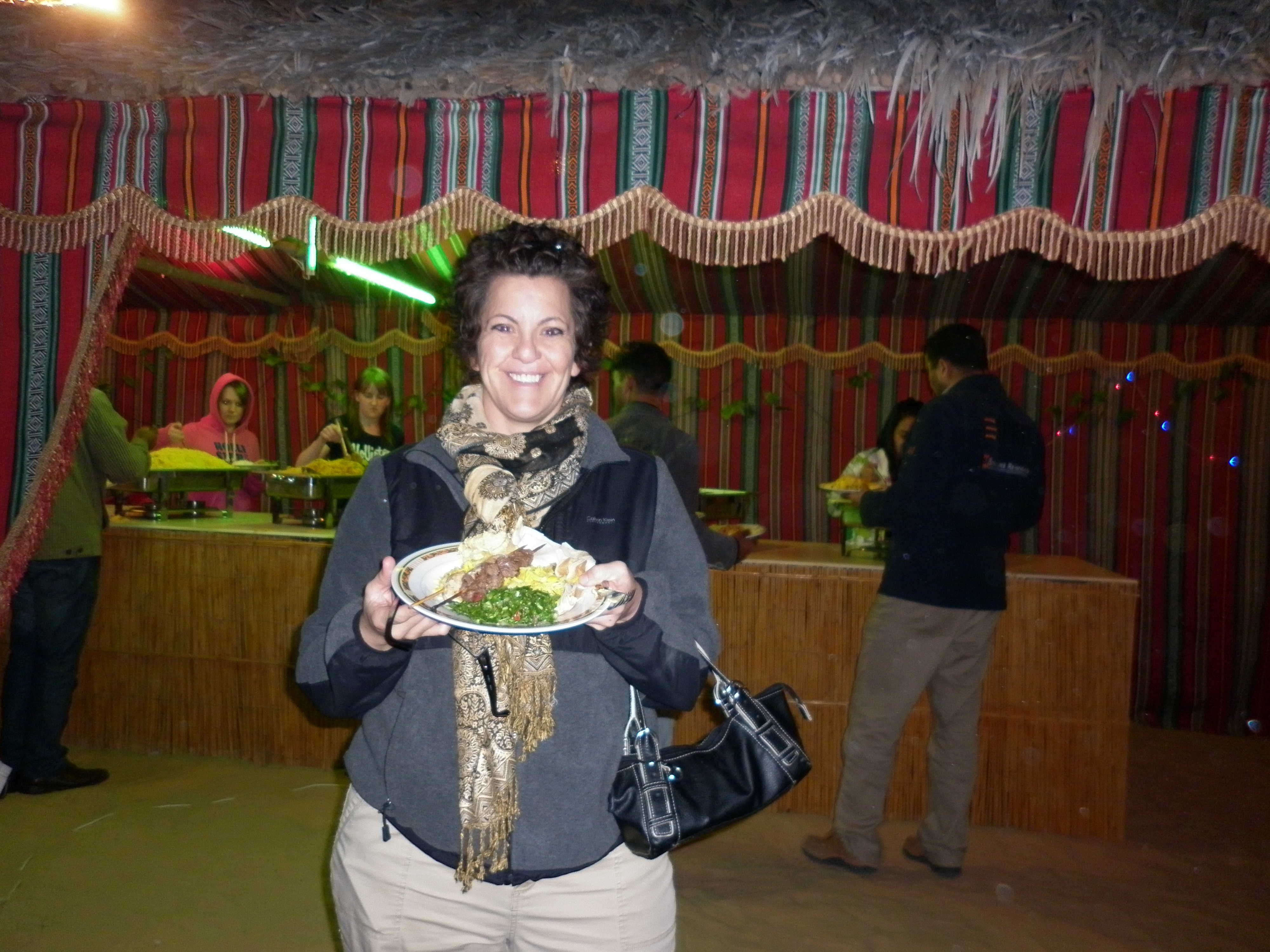 And so, there you have it.  Today I rode a camel, held a falcon and ate at an outdoor buffet. (with absolutely no hand washing facilities in sight and I was in line behind 30 people who also rode a camel…)  Oh.  And I’ve been wearing my Vibrams Five Fingers everywhere.  Most comfortable shoes I’ve ever owned. 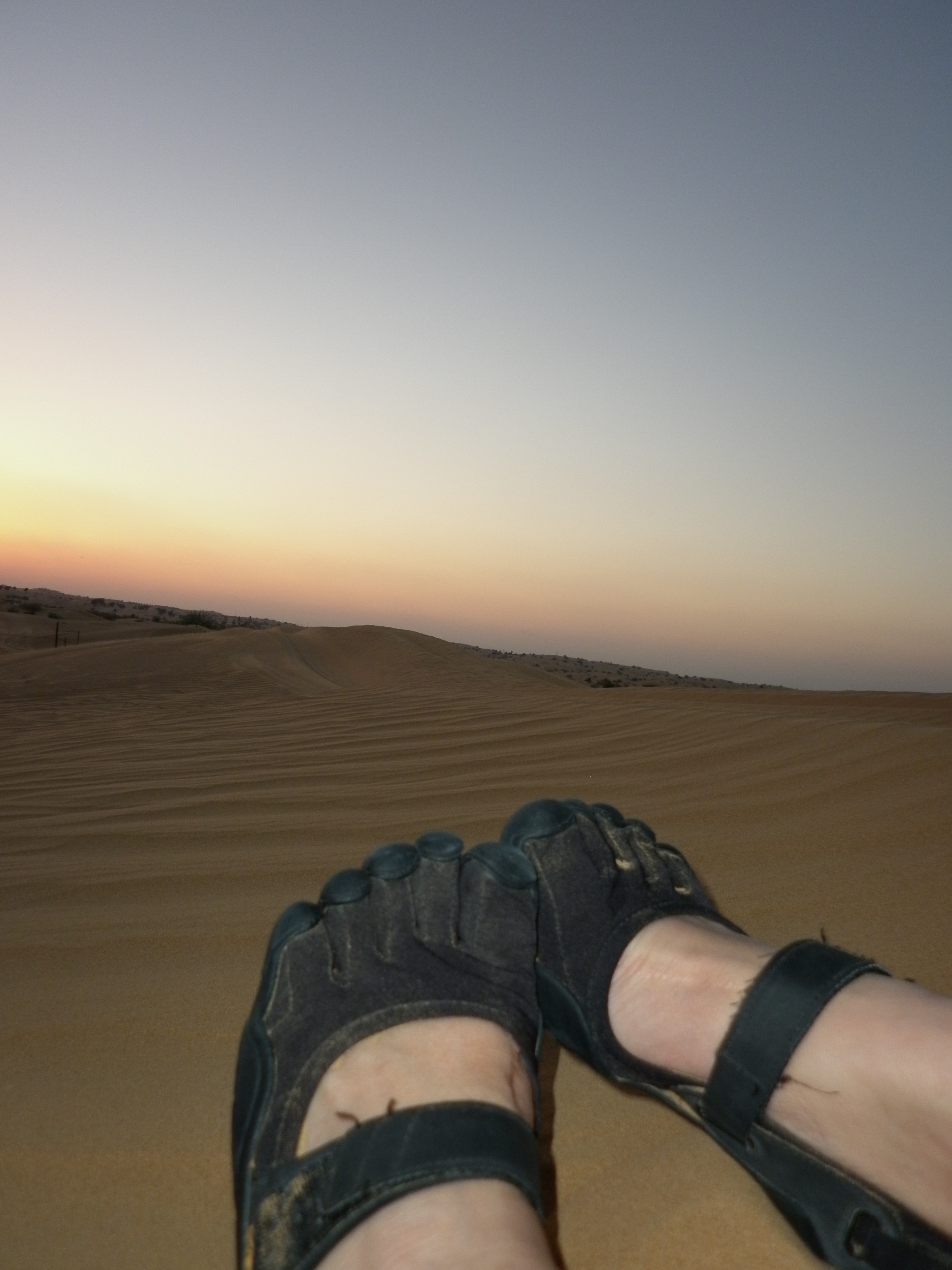 There you have it, friends.

I hope you’re well and warm wherever you’re reading this.

2 thoughts on “A semblance of adventure in the Sahara”