My trip to Rodez started with a hug goodbye outside the train station in Bordeaux with request  “text me from the train and again when you get there.”  Then a hasty change out of soaked clothes into something dry and comfortable (made the most out of the €2 I paid to use the bathroom!)

A first class train ticket that transferred to a local (LOCAL) bus line after 90 minutes.

A poorly charged cellphone; “I can charge it on the next train.” That’d be the FAILTRAIN, Jennie. Hop on.

That moment you realize the 2nd half of your "train" trip is actually via bus. *runs from platform to board the bus. 😳#athreehourtour

A long, silent ride because I’m a jerk and I don’t speak ANY FRENCH. Yet.

A copy of Charlie Hebdo because the caricature of Trump on the cover made me laugh. 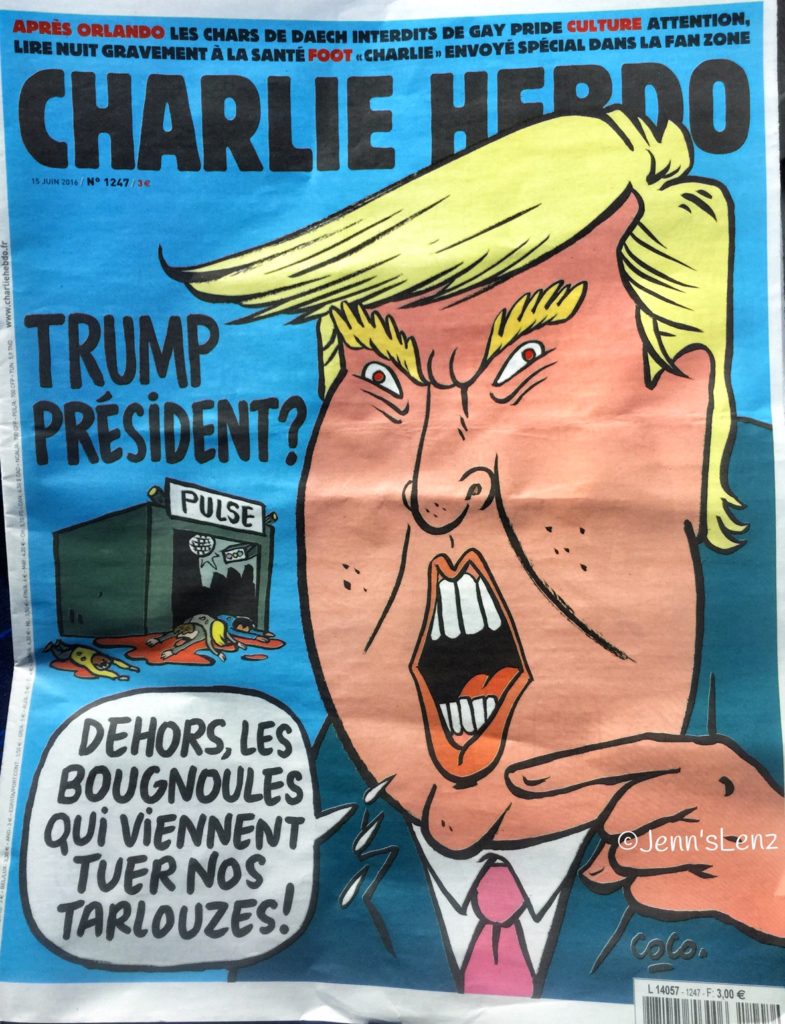 A phone that was DOA.

An AirBNB that ISNT “a few steps” from the train station. Hastily charged GPS said 35 minutes walking. No taxis in sight…

Unplug phone, run for that bus

“Ah, pare-done; parlez vous Ing-lez?” No. Hmmm. Thrusts cellphone in front of him, hope I look as lost as I feel. 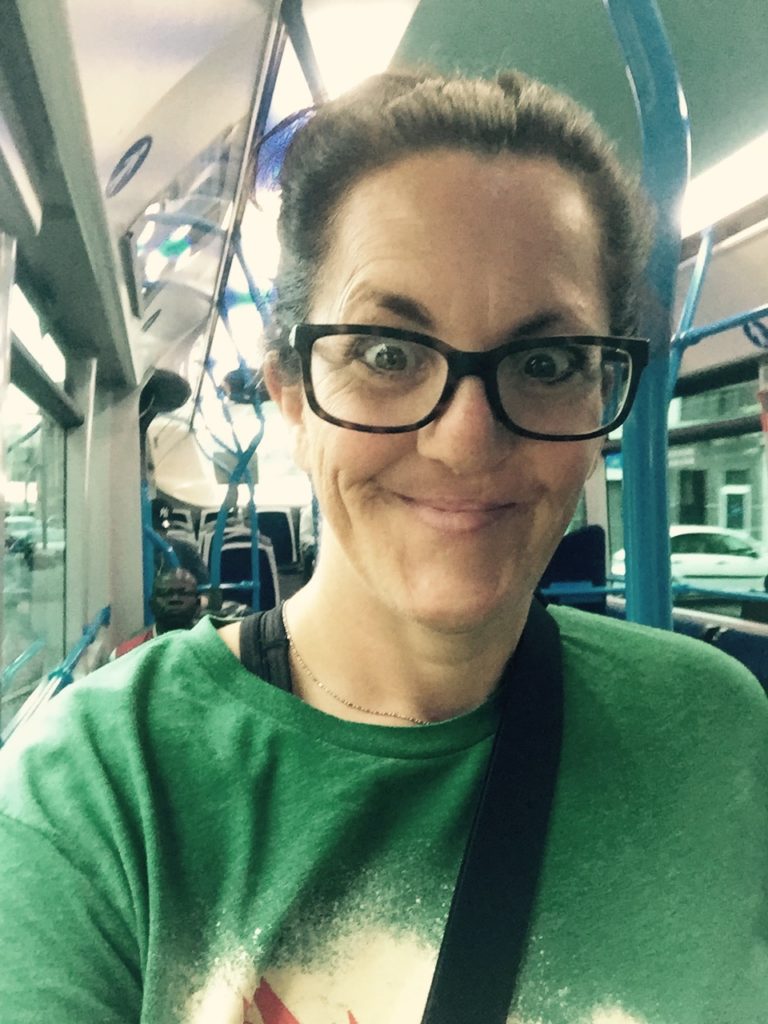 A local city bus driver that only charged me a €1 fare to drive me halfway there and then give me directions to the address. In French.
I died a little inside; thanked him profusely.

Picked up my pace and wiped away my pout pout face because it started to rain and the GPS said I was now just 16 minutes away. And I had 3% battery life. And a hill to climb. In the rain. 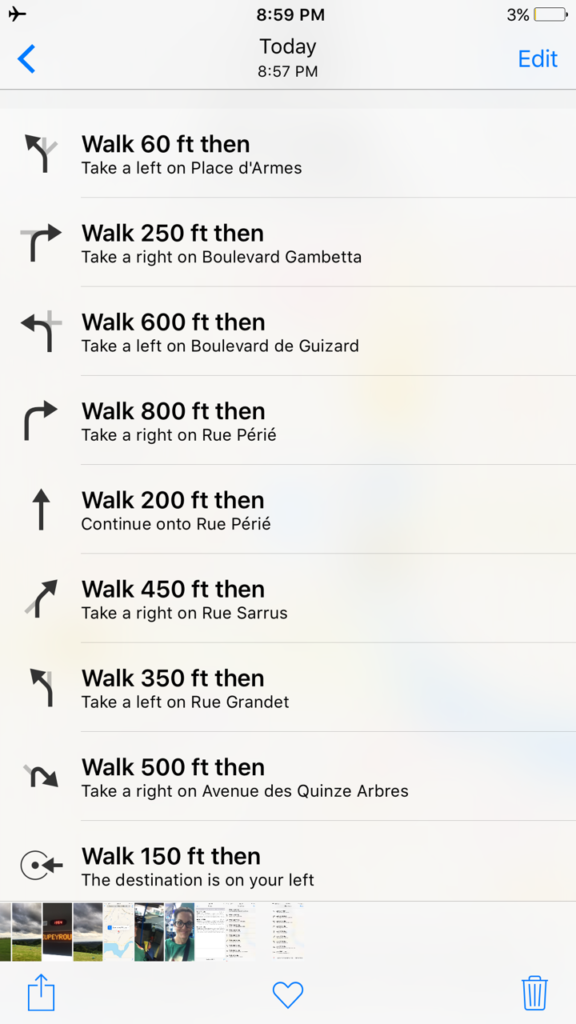 And a bunch of Rues that WERENT EVEN LABELED. WHERE ARE THE RUE SIGNS, France?

I tried to memorize the written directions and, head down to miss some of the rain, I beat feet.

Phone died. I was a bit worried when the Aussie stopped talking but I’d committed the last two lines to memory (famous last words before I’m lost and in a tizzy so many of my friends can attest to “I know where I’m going from here.”)

Made it to the house, soaked but smiling.

Greeted by a polite teenage girl; her mother is out. Don’t even care.

Found the kitchen, made the best protein shake I’ve ever had. 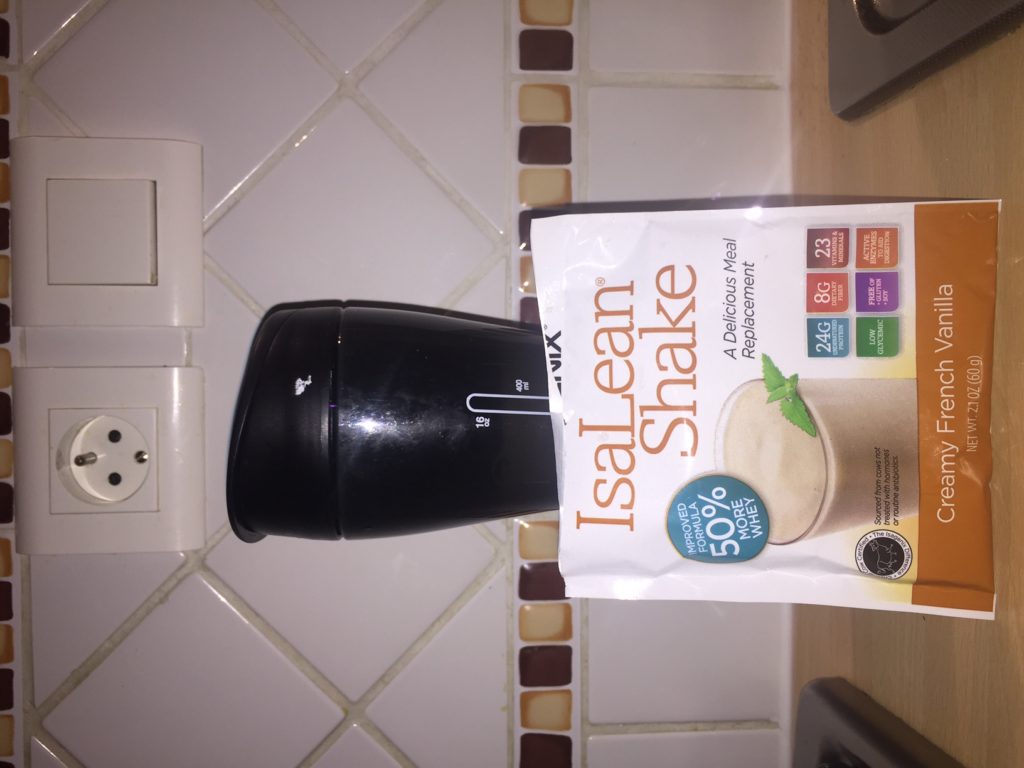 I was starving and missed the chance to have dinner because I was on a bus and then hiking in the rain and I’d had a sammich for lunch hours ago and holy mackerel that shake was good while I stood in a hot shower.

And then I scoped out the view. The rain looks prettier from inside. 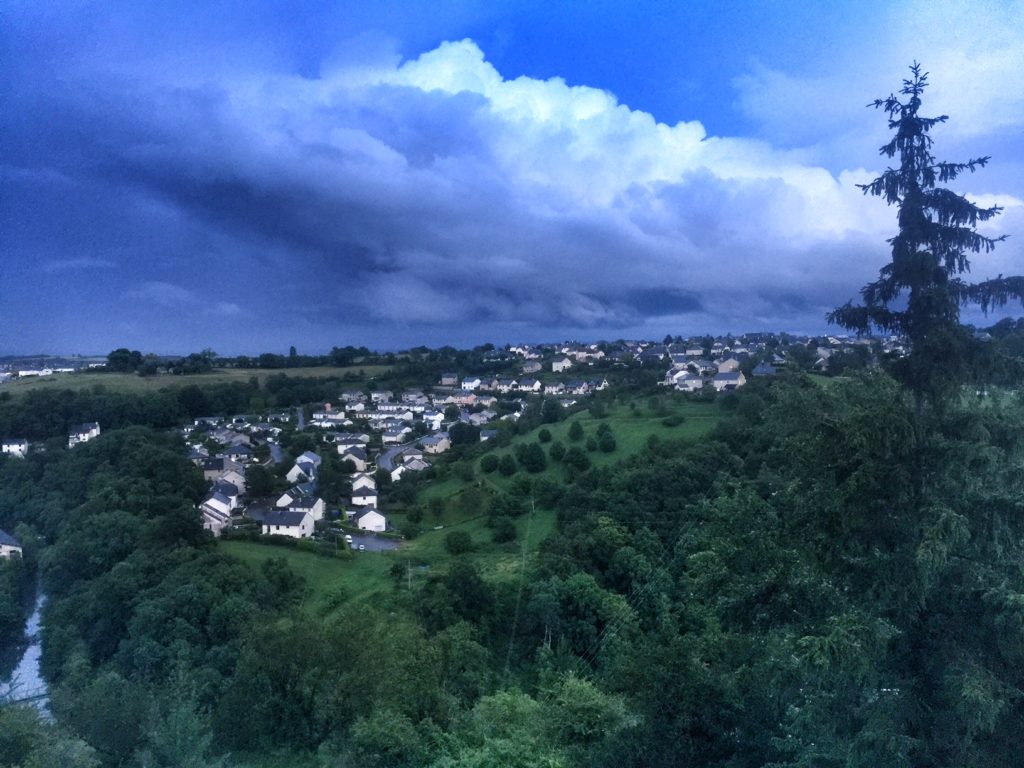 And now? I sleep.

Oh. Why Rodez, you say? It was a town between Vialas and Bordeaux.

It’s a two day layover. My France visit is headed towards a National Parc  in the southeast corner of the country Monday and my travel buddy (host with the most who taught me so many things this week) is headed down to Gibraltar for a business meeting. So I’m proverbially on my own … 😳 for now.