Helping is healing. If you know me, you know how much I appreciate (adore, love, value) Team Rubicon. There are a variety of veterans groups on the scene who give Vets a sense of purpose and camaraderie–not just a label and not just a seat at the bar. Last year, in a moment of despair, I turned to Team Rubicon.

Service with a purpose changed my life. Sounds like a bumper sticker, but seriously.  It did.  In the last 14 months or so, I’ve allowed myself to be a veteran. After I joined TR, I signed up for a storytelling workshop with Armed Services Arts Partnership in Washington, D.C. and dove headfirst into Team Rubicon service projects in my region.

More than anything, though, the sense of self I developed as a result of that first deployment as a Greyshirt gave me the courage to continue the fight wth the Department of Veterans Affairs to gain access to the care I need.  It’s not an easy fight, and it’s not fast, but now I wage that battle knowing I am veteran enough.

This week I had the honor of spending a few days in NYC at a fundraiser for the StandUp4Heroes with the Bob Woodruff Foundation–I’ve never attended an event for veterans as a veteran. This experience set the bar really high. Four days of VIP travel, treatment, meals, sight seeing and conversations.

I was humbled by the tenacity and spirit of the men and women I met–the veterans and the spouses and significant others and the parents. I thanked as many of the plus-ones as I could–I understand the roles they play in a veteran’s journey and I never tire of thanking them. They didn’t sign up for the fight–we did.

My seat at the table, at all of the tables this week, as it were, came after meeting Bob Woodruff and the 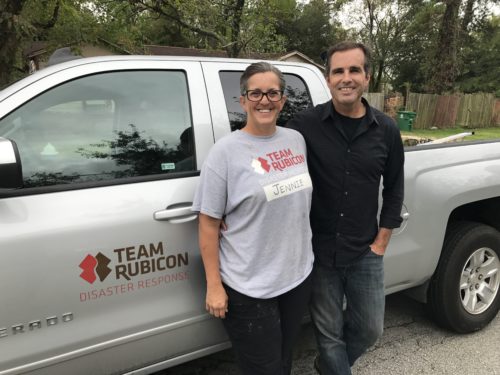 The foundation supports Team Rubicon and they came in to see the work TR was doing in the wake of Hurricane Harvey–and film some of it for their upcoming fundraiser. I was in Houston with TR serving as a storyteller and helping with PIO duties as needed. When I agreed to escort them to a site to see Greyshirts in action, it didn’t occur to me I’d end up in a meaningful conversation with Bob–sharing my own story.  I’m used to being behind the camera, not in front of it. My job, for a long time, has been telling other people’s stories.  He asked, though, and my filter was full.

Before the day was over they met a bunch of awesome Greyshirts, interviewed a resilient Air Force veteran homeowner named Michael Thompson and we’d exchanged jabs comparing aphasia and TBI. I lost count of how many times I asked Sam what his name was before I wrote it on my hand. Sorry, Sam. 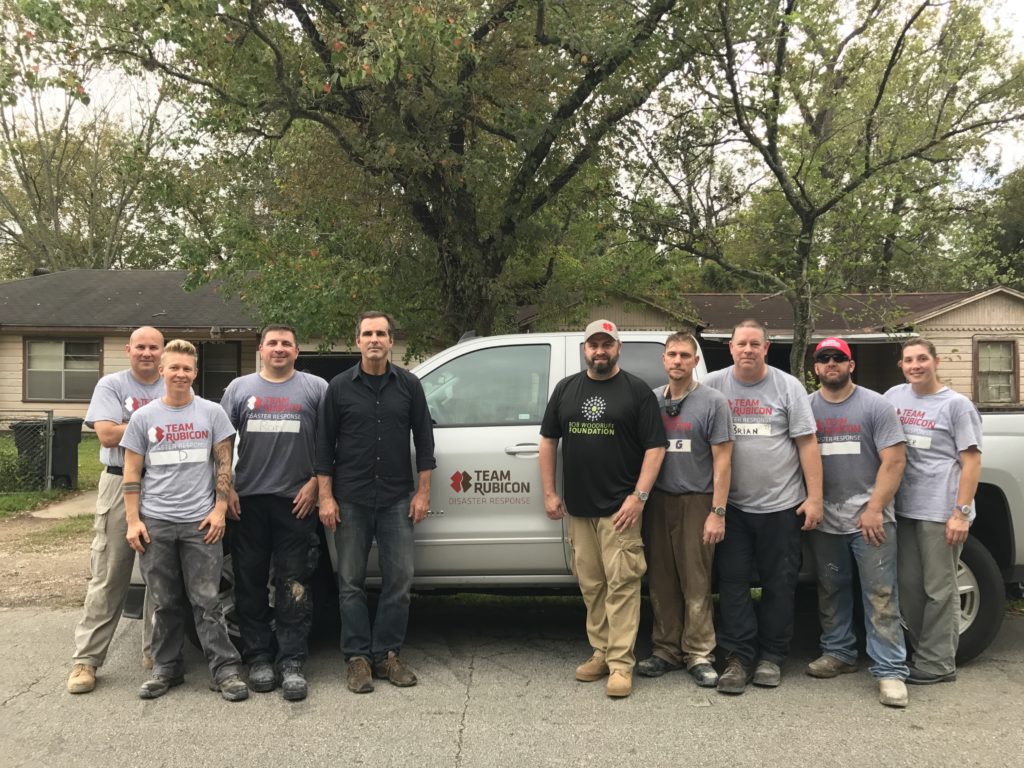 They went on their way and I went mine.  When Sam reached out the next day to invite me to the StandUp4Heroes event in NYC, I declined.  “Surely there’s a veteran who deserves to go more than I do.”

Sam, also a Marine, also a Greyshirt, insisted.  I accepted.  The travel dates were 48 hours after I planned to return home after eight weeks in Houston telling the Team Rubicon story. Sure.  I can do that.

I reached out to a friend, a fellow Marine and long-time member of Team Rubicon, and invited him to be my plus-one. The texted included “don’t make it weird” and “the Red Hot Chili Peppers are playing” and “I have night terrors; don’t wake me up if I’m screaming, mmm’kay?” 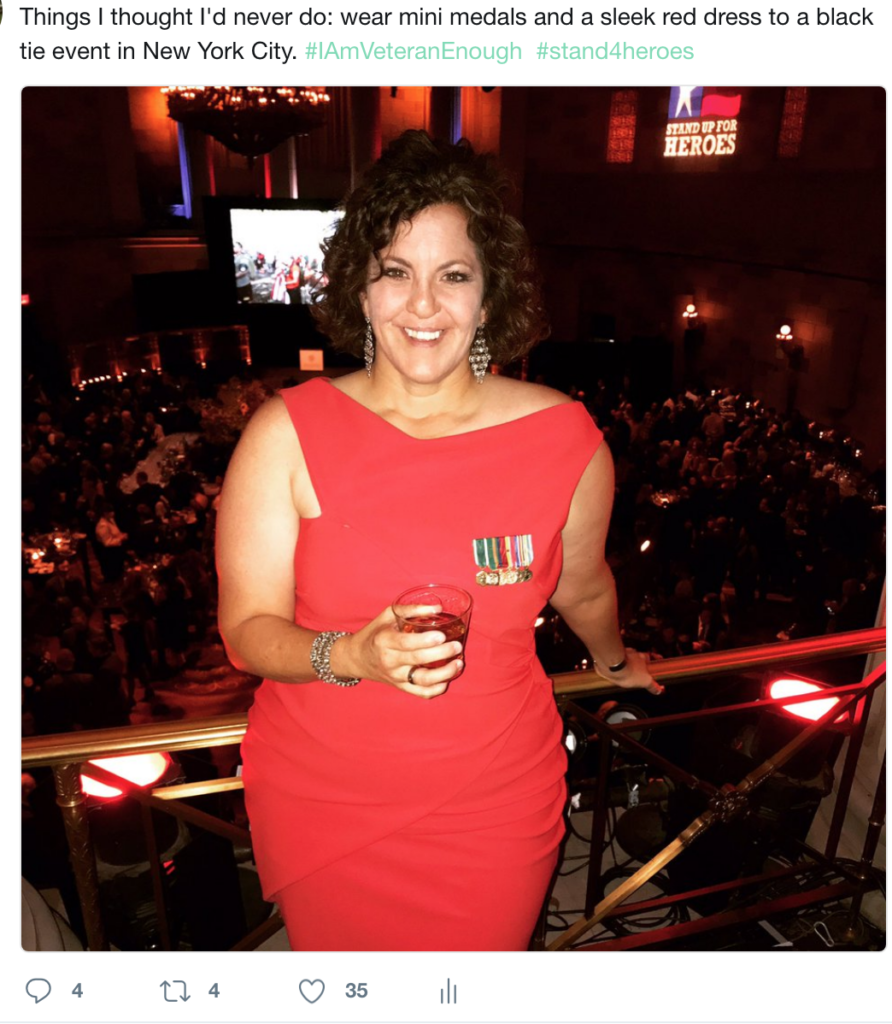 A chance encounter with Bob Woodruff at the end of a year-long journey of allowing myself to believe I am veteran enough.

As I write this I’m doing laundry, planning to head up and assume the PIO role for Operation Flagship City; a Team Rubicon effort to help residents in Millcreek Township recover from high winds and floods after a tornado hit Erie County, PA last week.

Two of the homes we’re already slated to work on belong to elderly veterans.

I’ll be with veterans, helping veterans, on Veteran’s Day.

One thought on “Helping is Healing Lead to: I Am Veteran Enough”