Sometimes social media and social networking still catches me by surprise.  A friend mentioned his friend Drew was a talented illustrator and recently mused about wanting someone to put words to his art.  I’ve oft said I can create characters with words but the closest I come to drawing anything in support of my stories is something you’d find on stickdeath.com.

Facebook message led to email which led to sharing a blog post with him which led to us discussing how to collaborate.  The decision?

He’ll send me sketches and I’ll create their story.

I’ll send him stories and he’ll sketch the characters.

He sent me a sketch this afternoon with a character he had in mind. 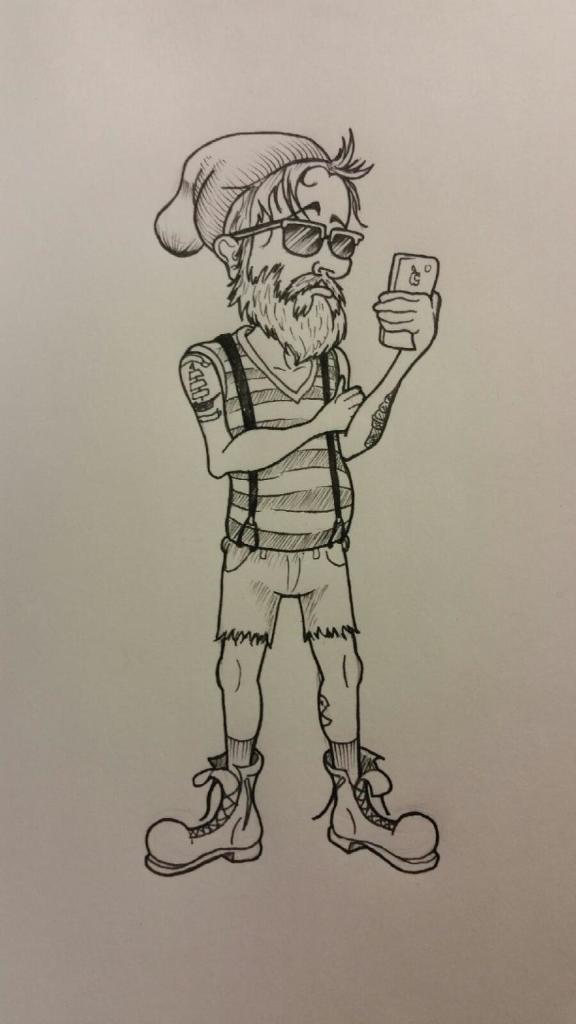 Since we’re treating it as a creative exercise I responded with the “backstory” of the character I see in the sketch.

26
A student at Pacific Northwest College of Art in Portland, pursuing a graduate degree in visual studies through the school’s Low Residency MFA program

A recently converted vegan (in public), he’s a closet meat eater who sometimes sneaks over to Killer Burger and splurges on a Black Molly with a PBR

He’s never been to the South and moved to Portland after he left the military. (if you agree, one of his tats need to be changed to something that suggests it WAS a military tat and was covered up) If military is OK he can refer to the Corps and shrug (without correcting them) when people assume he means PEACE Corps

If you prefer he NOT be a veteran? He’s got an undergrad in economics and moved to Portland to embrace the music scene

The Screen Door is a great gig, gives him a chance to meet chicks (it’s where he met Zelda) and the owners comp a meal during each shift. Since he’s finishing school on federal loans, free food is always welcome

He cuts the tags off all of his jeans

TRISTAN IS A FICTIONAL. ANY RESEMBLANCE TO A REAL PERSON IS, WELL… IRONIC.

Fed up with the commercialism in the marketing class he’s still pissed his MFA requires, Tristan stops to check the comments on his blog and sends a text to ask his roomate if his books showed up in the mail. Perhaps the real reason he left the marketing class early is he’s heading home to crack open his new (to him) copy of Kant’s “Observations on the Feeling of the Beautiful and Sublime” before his date with Zelda tomorrow. She’s doing her dissertation on Kant and, even though they’re going to see a new band at Rotture he wants to understand and help carry the conversation if she mentions Kant again. 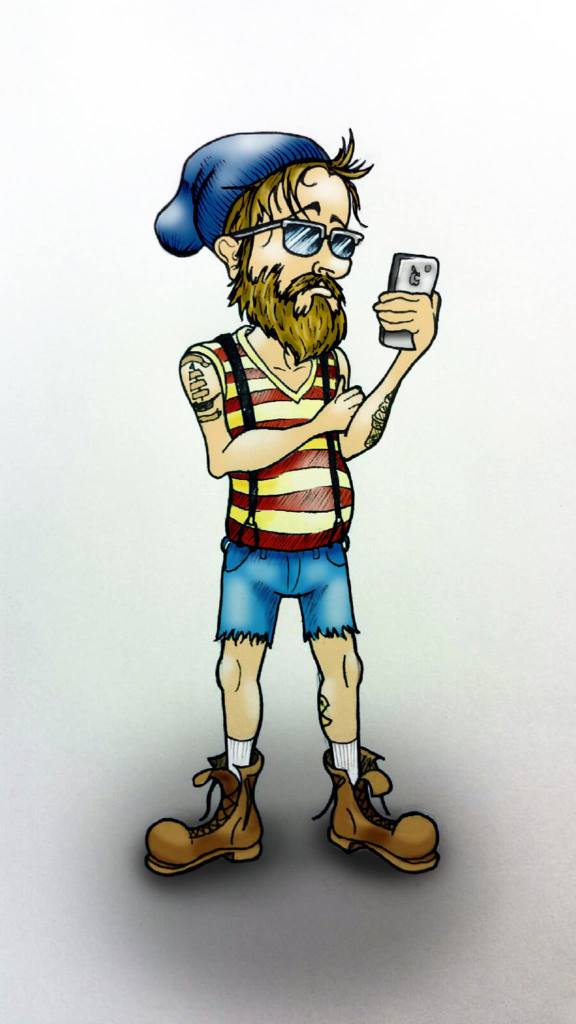 I sent him two stories this evening.  Check back to see how he brings them to life!

I’m excited to see where this leads.  For more of Andrew Carlson’s work, click here.