Back in late December when I had dinner at their house (thanks again, Carole and Roger for the hospitality) I mentioned the possibility of snowboarding in Dubai and Alec told me Dubai was also home to the tallest building in the world.  It is. You can read about it here. http://en.wikipedia.org/wiki/Burj_Khalifa 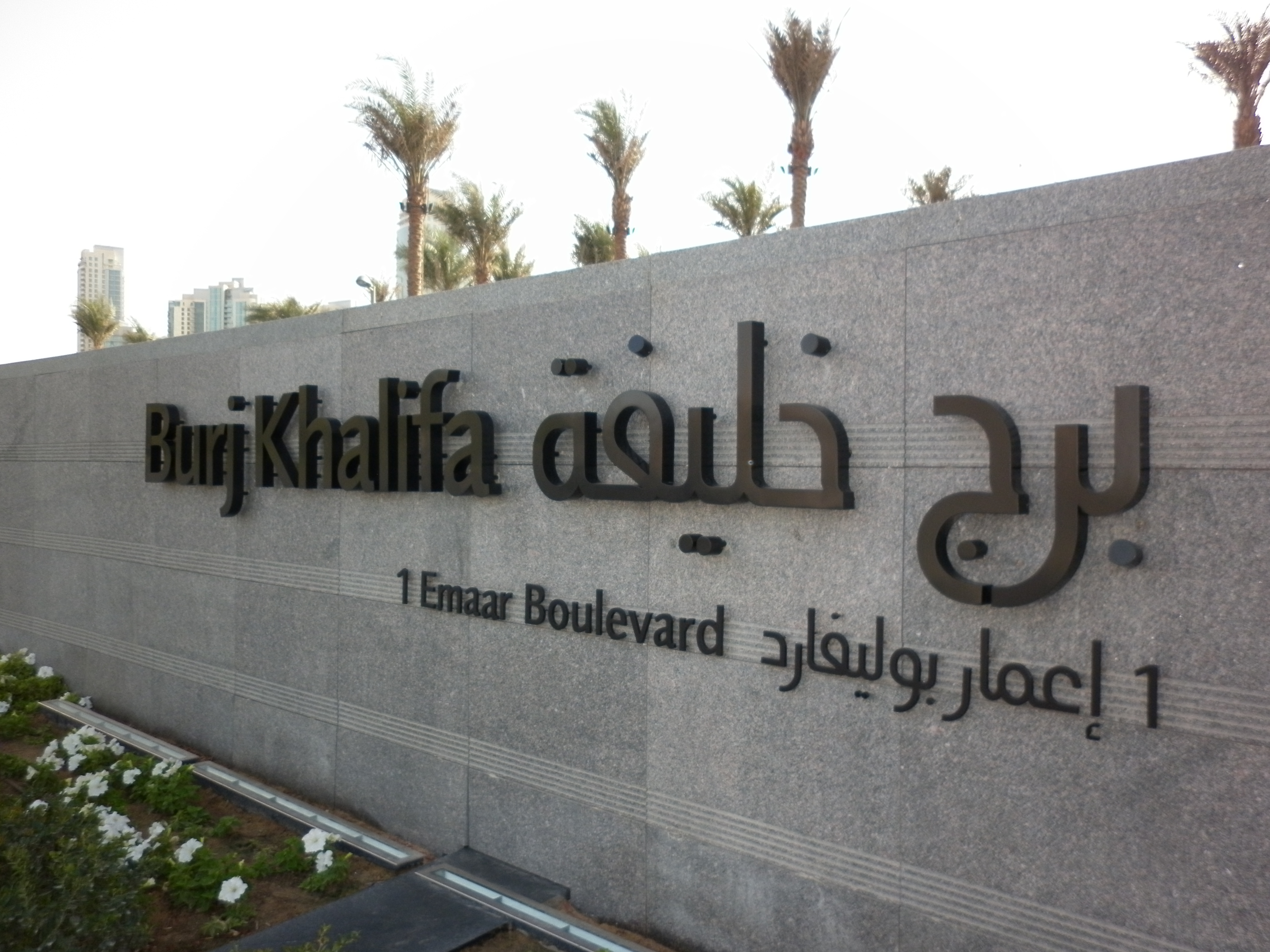 I’m never going to see any of these people again so I had no qualms about asking a stranger to take my photo (and instructing him on HOW to do it. “I’m gonna need you to kind of lay on the ground and shoot up towards the sky… thaaaaaanks.  No, down a bit more.  Can you see the top of the tower?  Uh, ok. There you go.”) 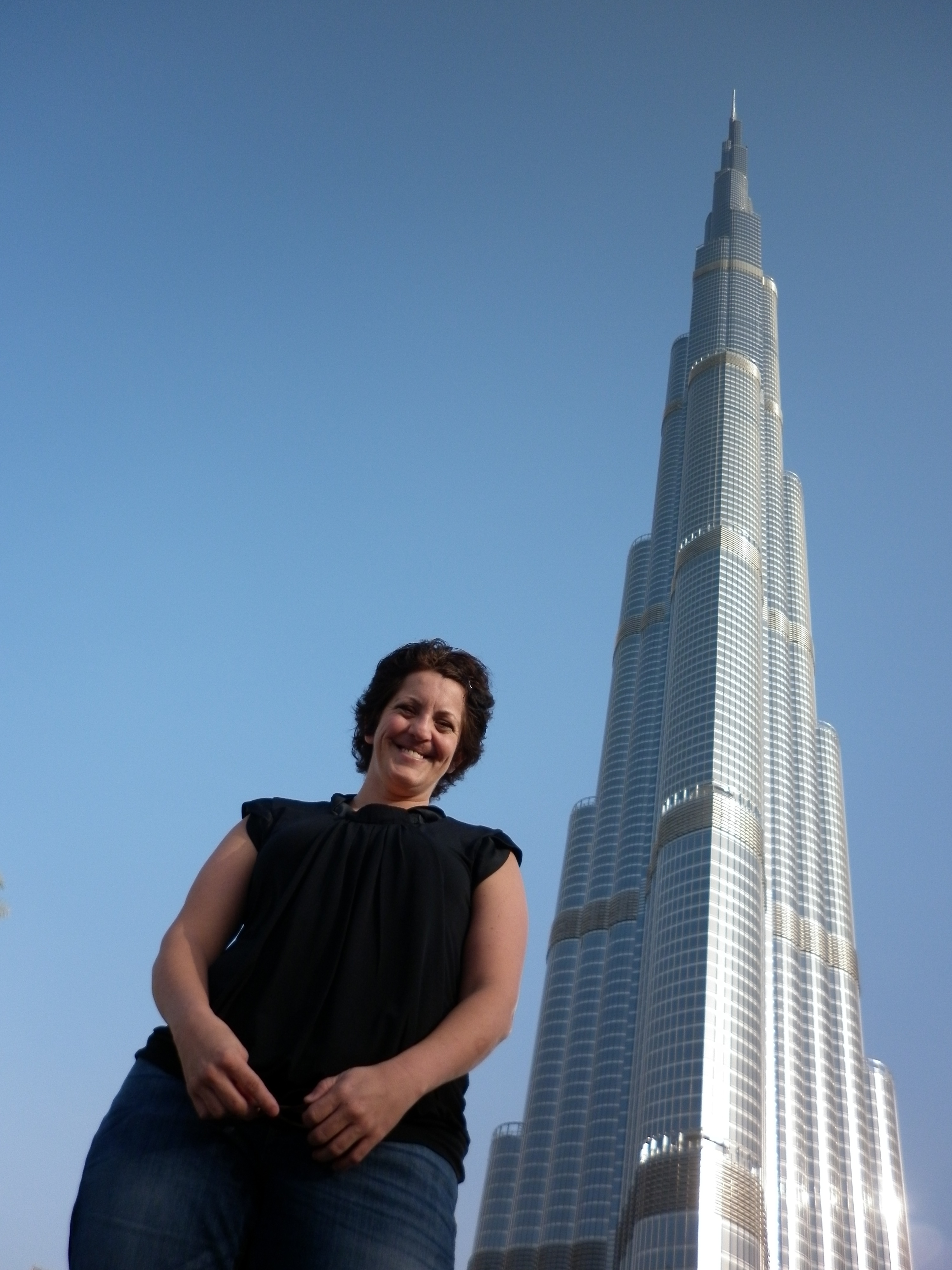 I’d heard someone mention buying tickets in advance but didn’t pay it any mind. Until I arrived and the sign said ‘sold out.’ 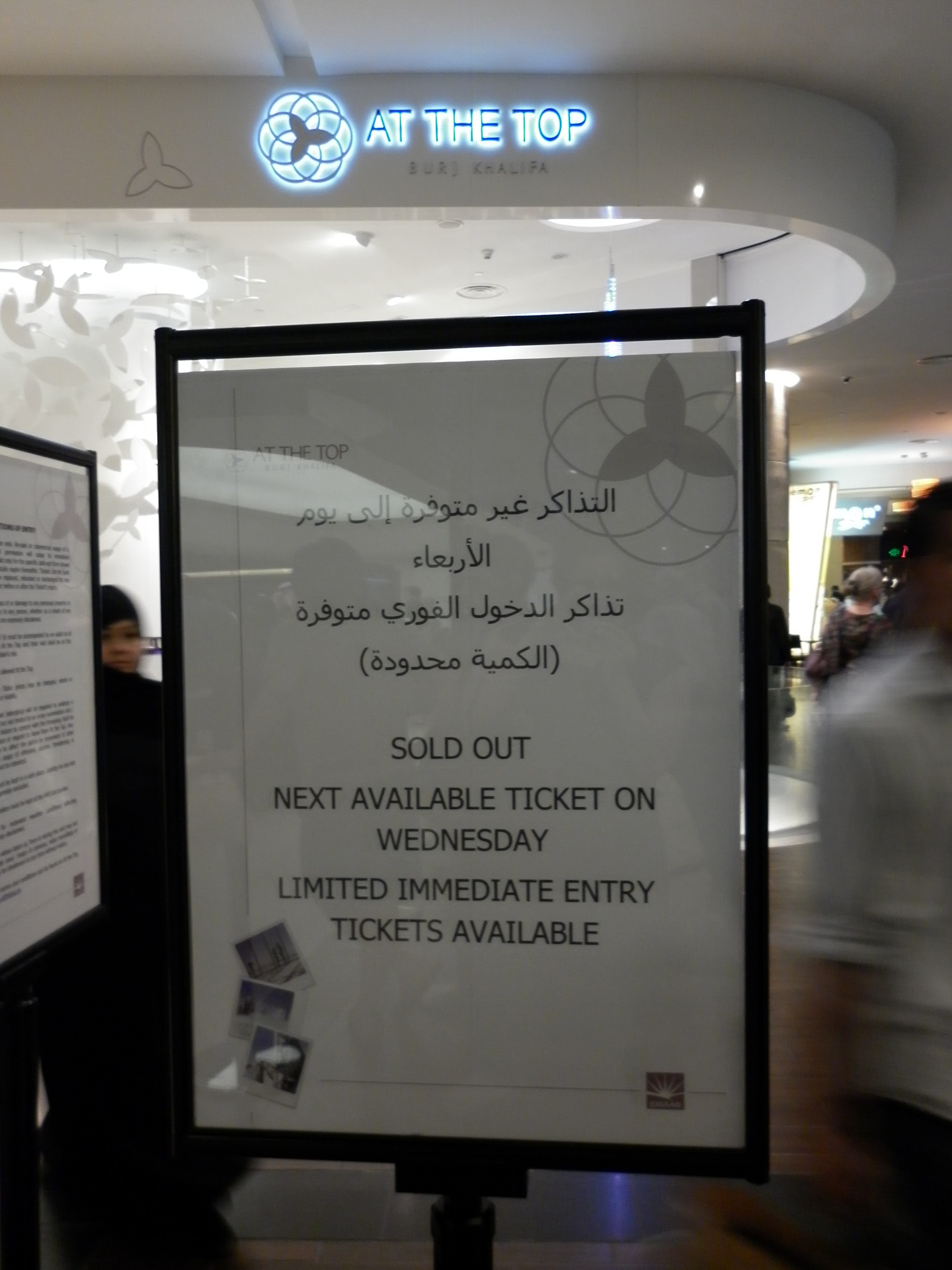 I grimaced as I paid four times the price of the NORMAL entry ticket (purchased in advance, of course) so I could ride to the top of the tower.  When I entered the queue the sign said ‘Wednesday tickets on sale.’  When I reached the counter they were selling tickets for Friday.  I asked her if the trip was worth the inflated cost of an ‘immediate entry’ ticket.  Her response?  “It’s cheaper than a return flight to Dubai…”

Thank you.  Here are my 400 Dhs. This makes my trip to ‘the top’ the single mot expensive thing (dental aside) I did while I was in Dubai.  Hence the numerous photos… 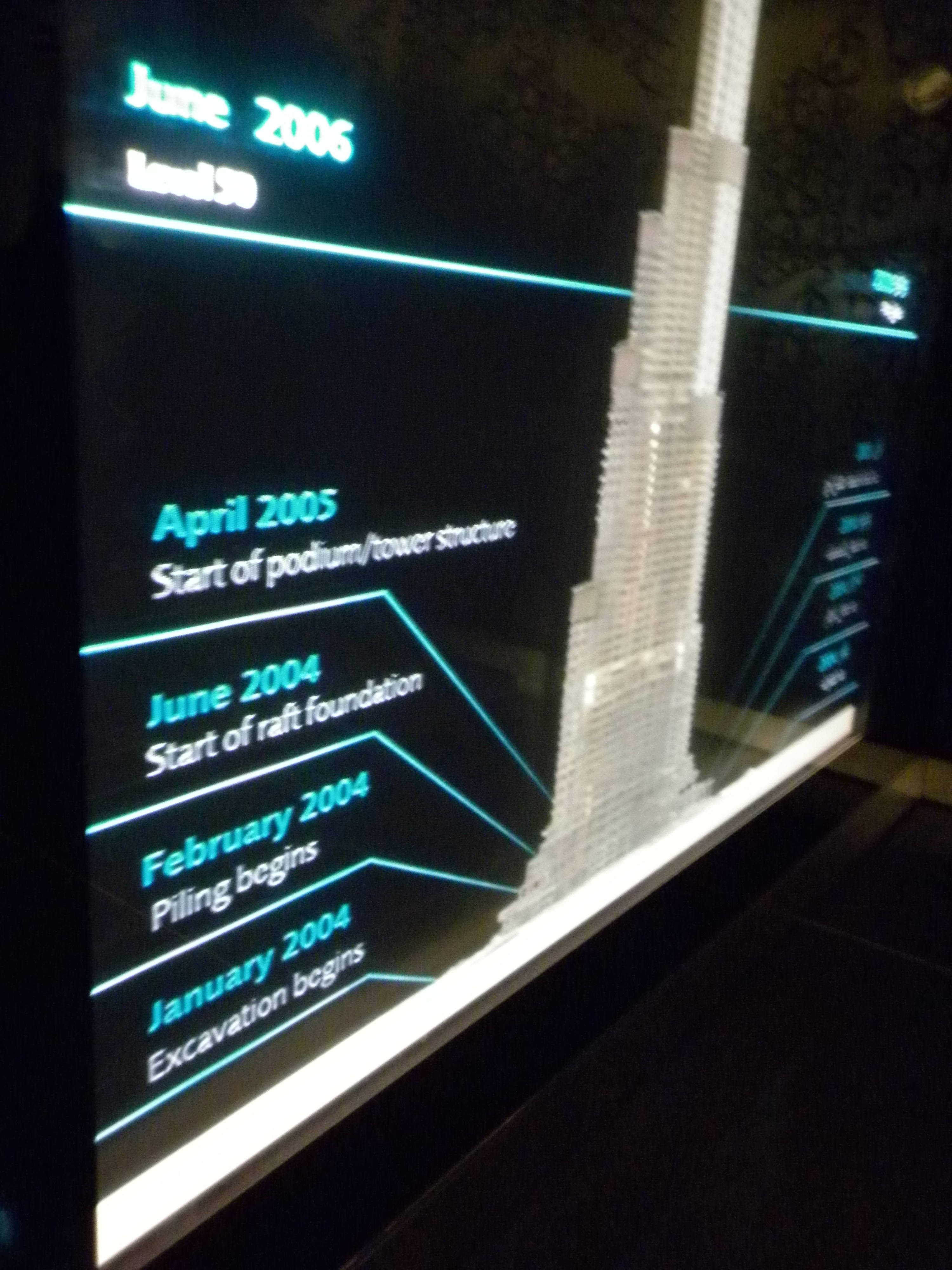 This hologram kept me engaged for a few minutes while I tried to grab the photo I wanted.  Grrr… point and shoot camera. Pfffft! 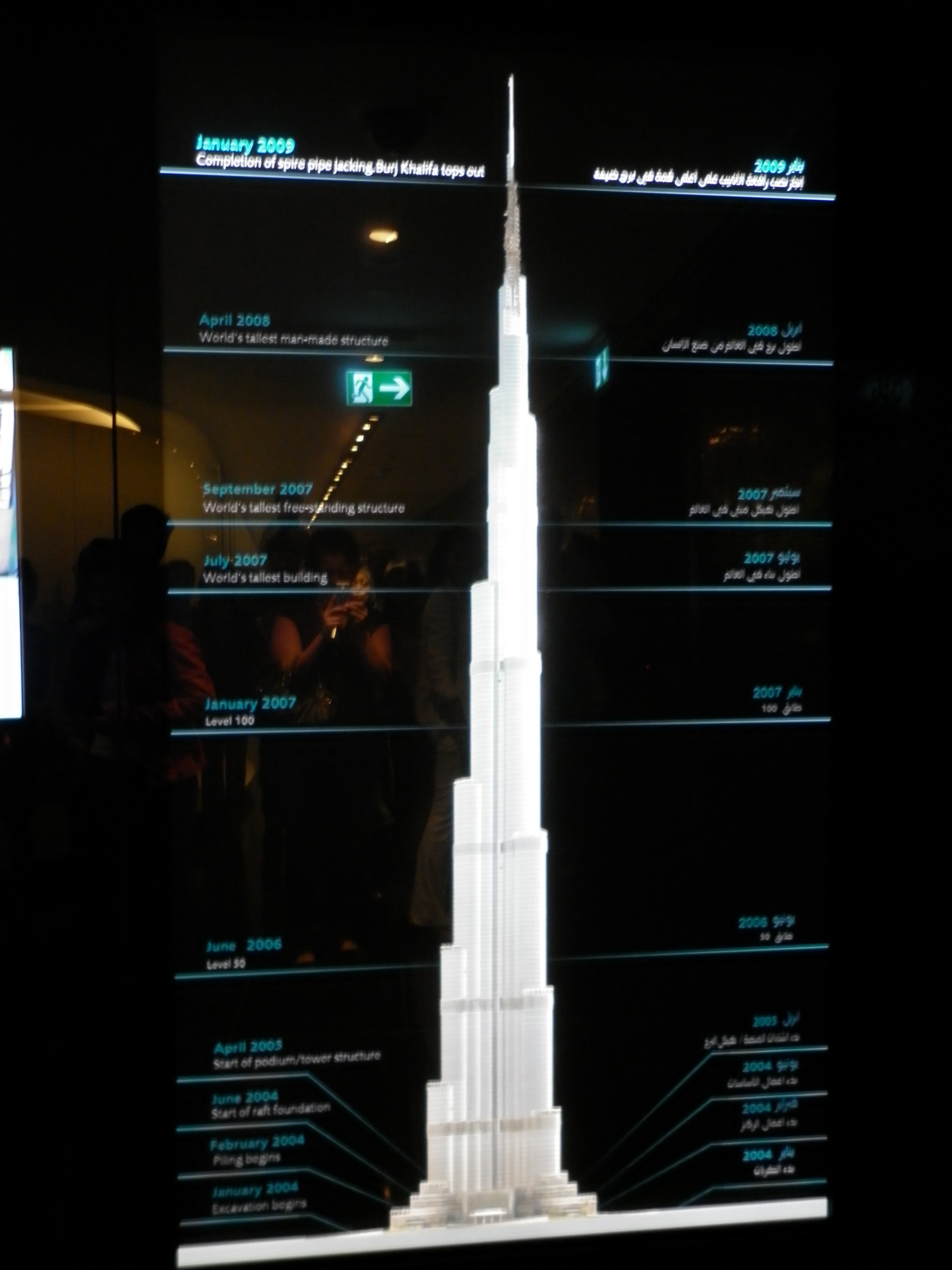 This shot has NOTHING to do with the tower. Except that it was a picture INSIDE the tower. 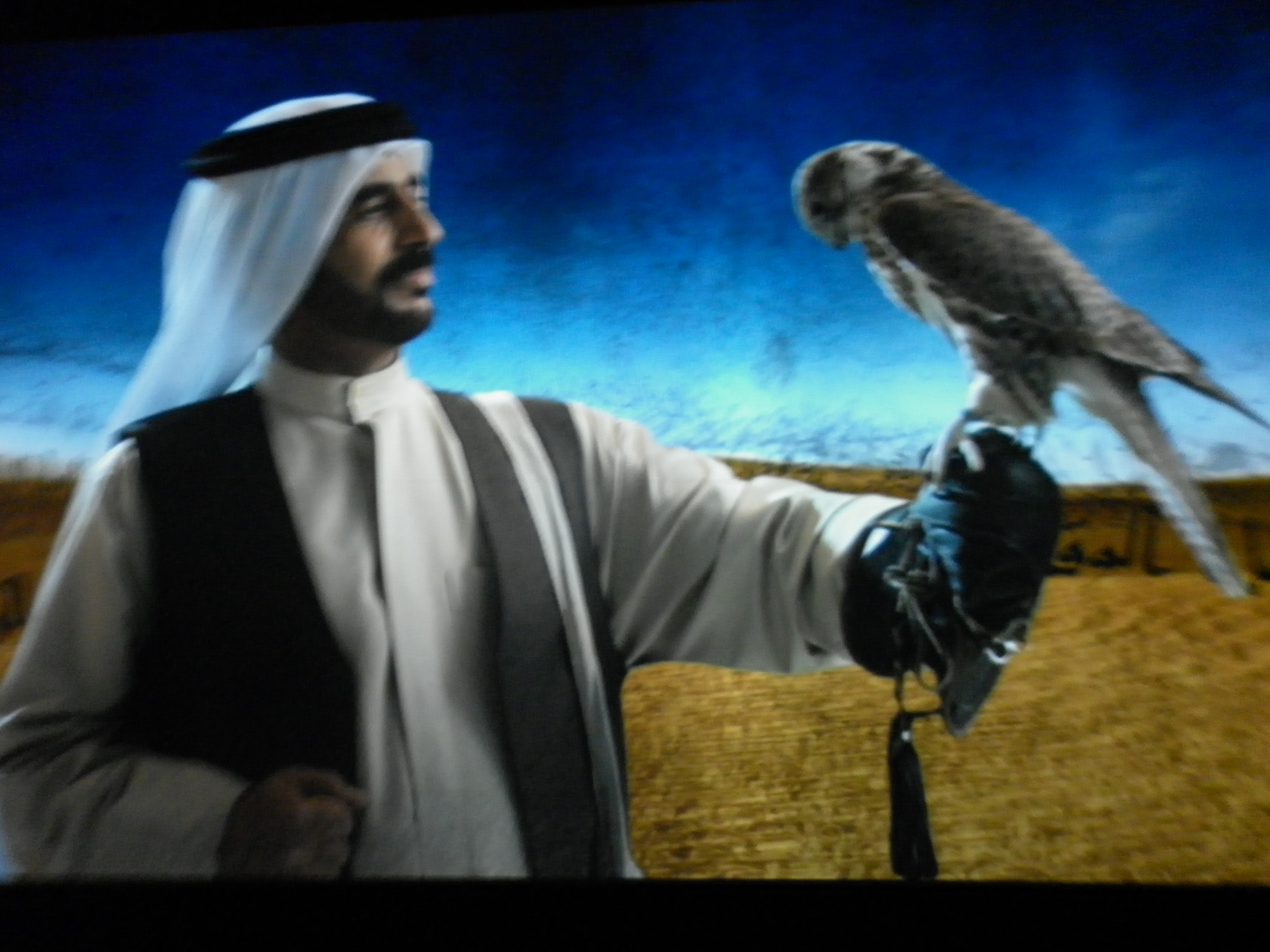 This is the line for the elevator ride to the observation deck on the 124th floor. 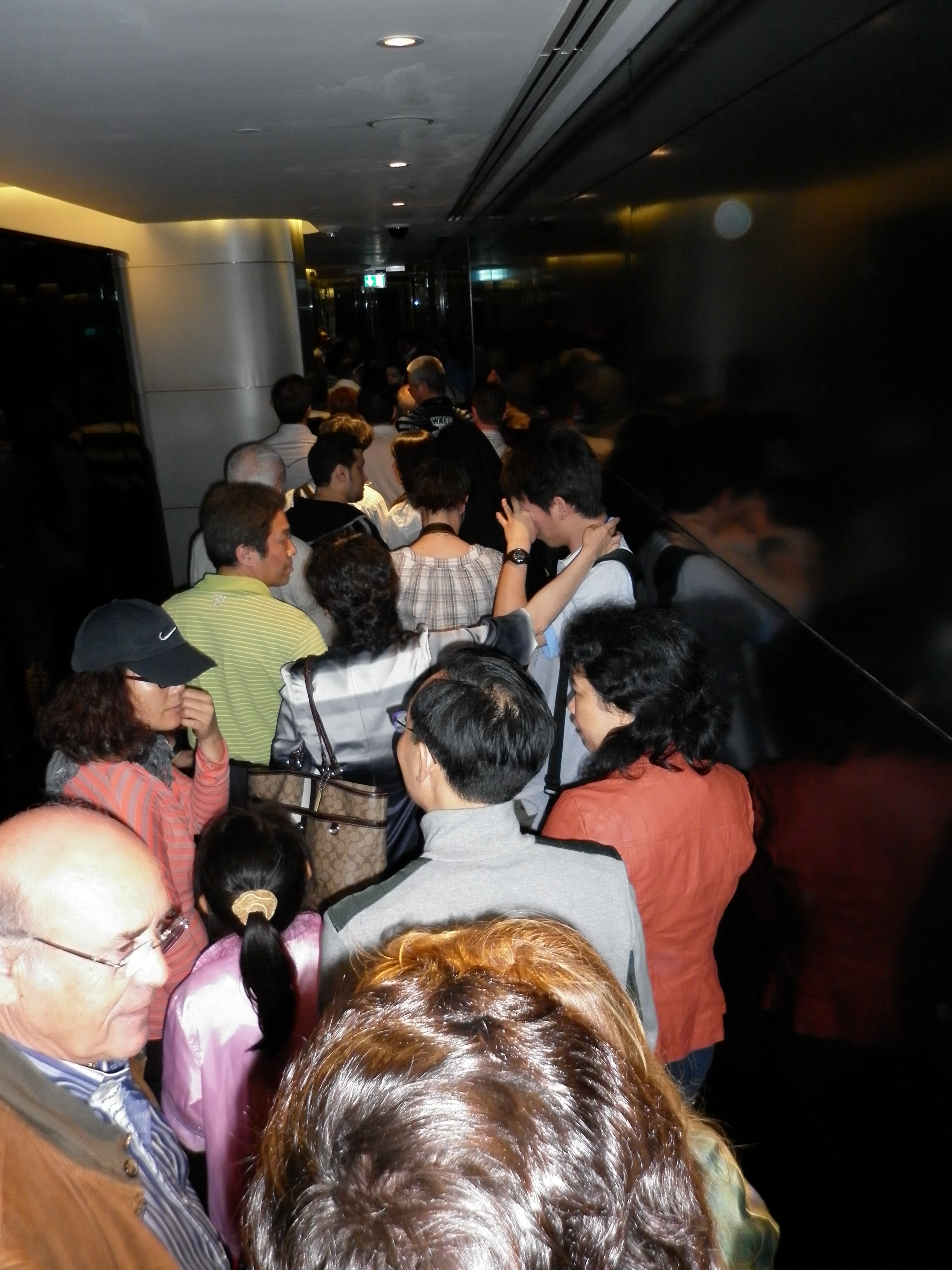 The ride to the top was unbelievably fast.  I was deep in conversation with a fellow passenger when she pointed out we’d gone 100 floors and her ears hadn’t popped.  Nice!  Mine either. 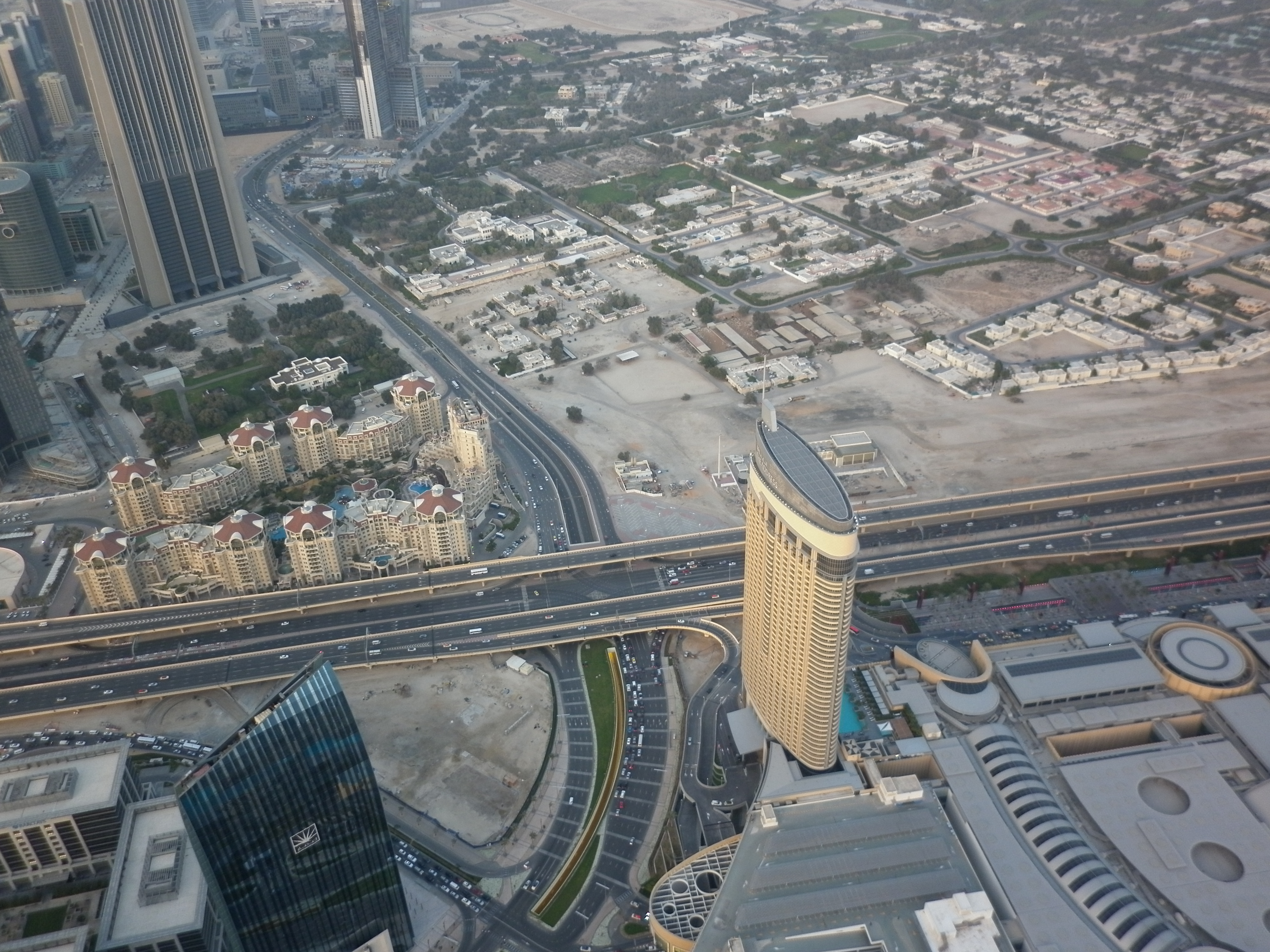 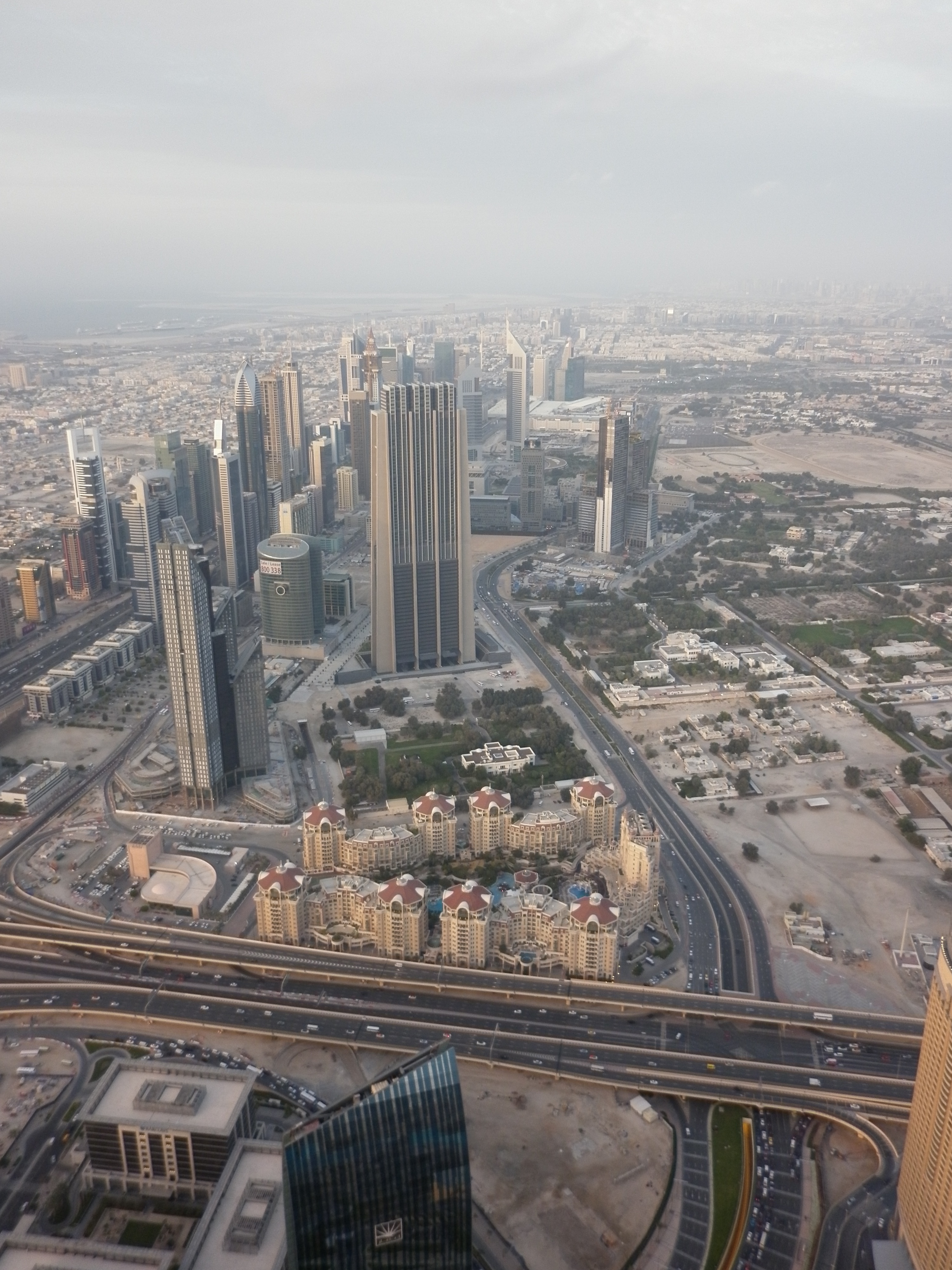 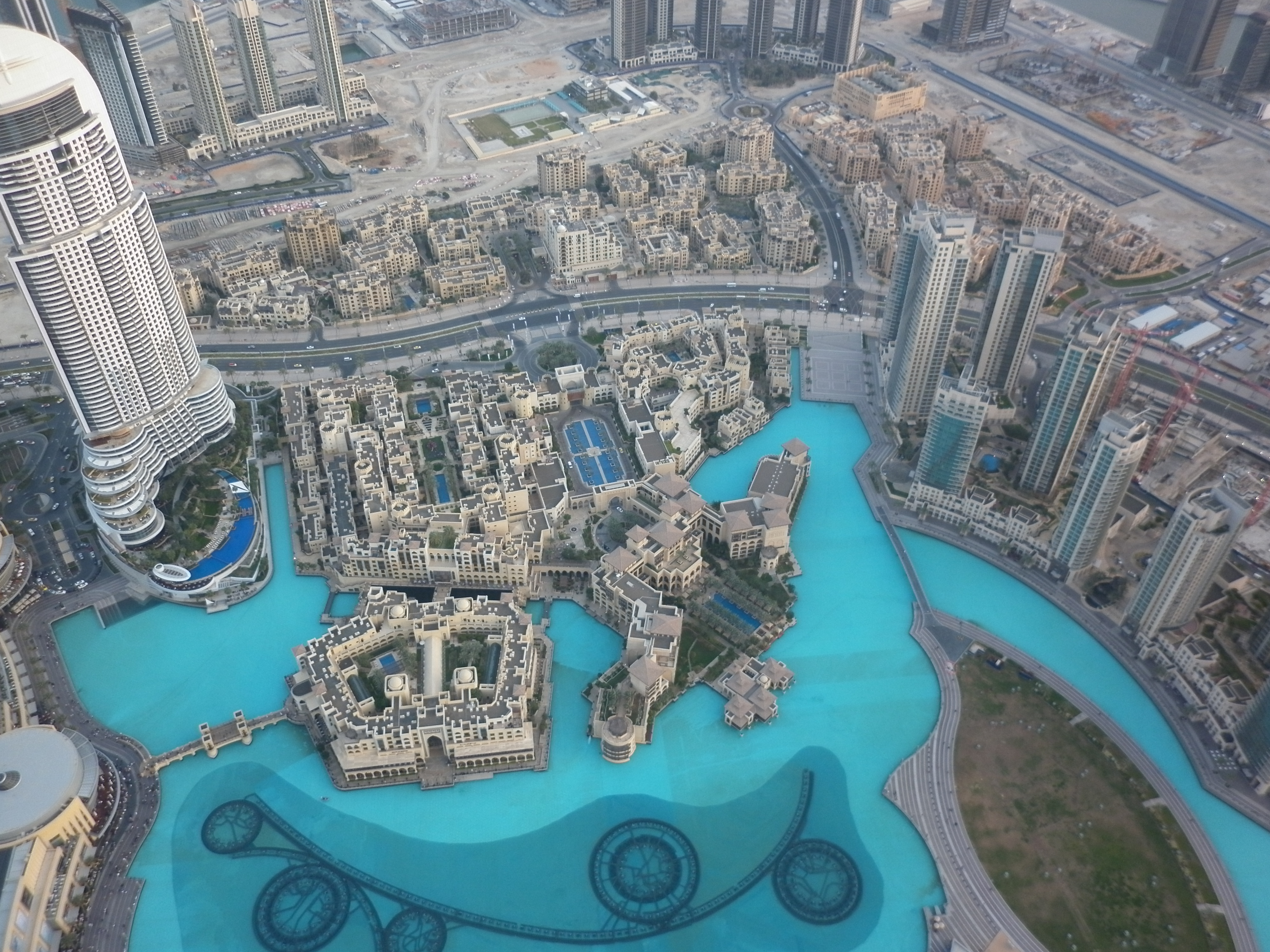 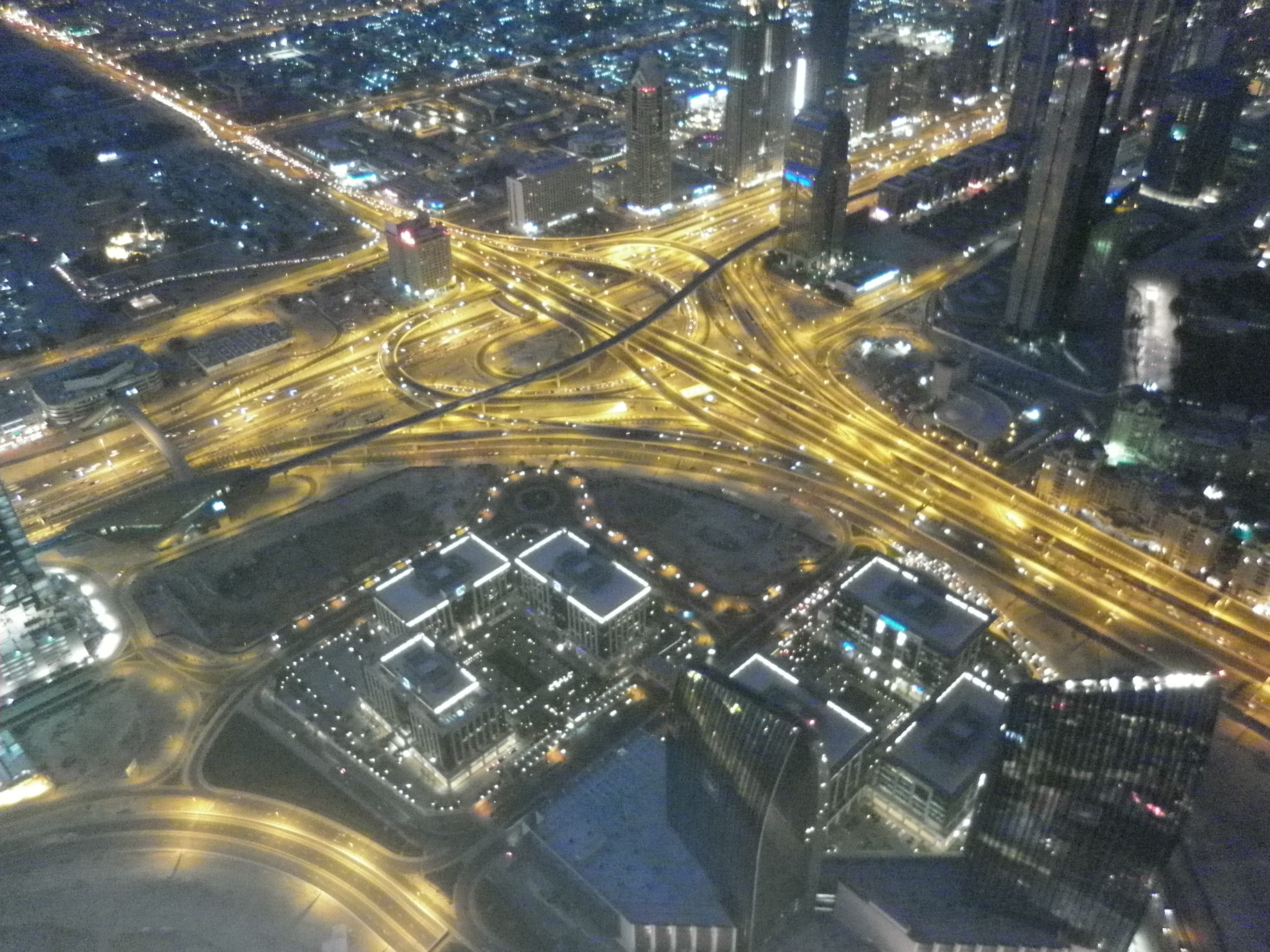 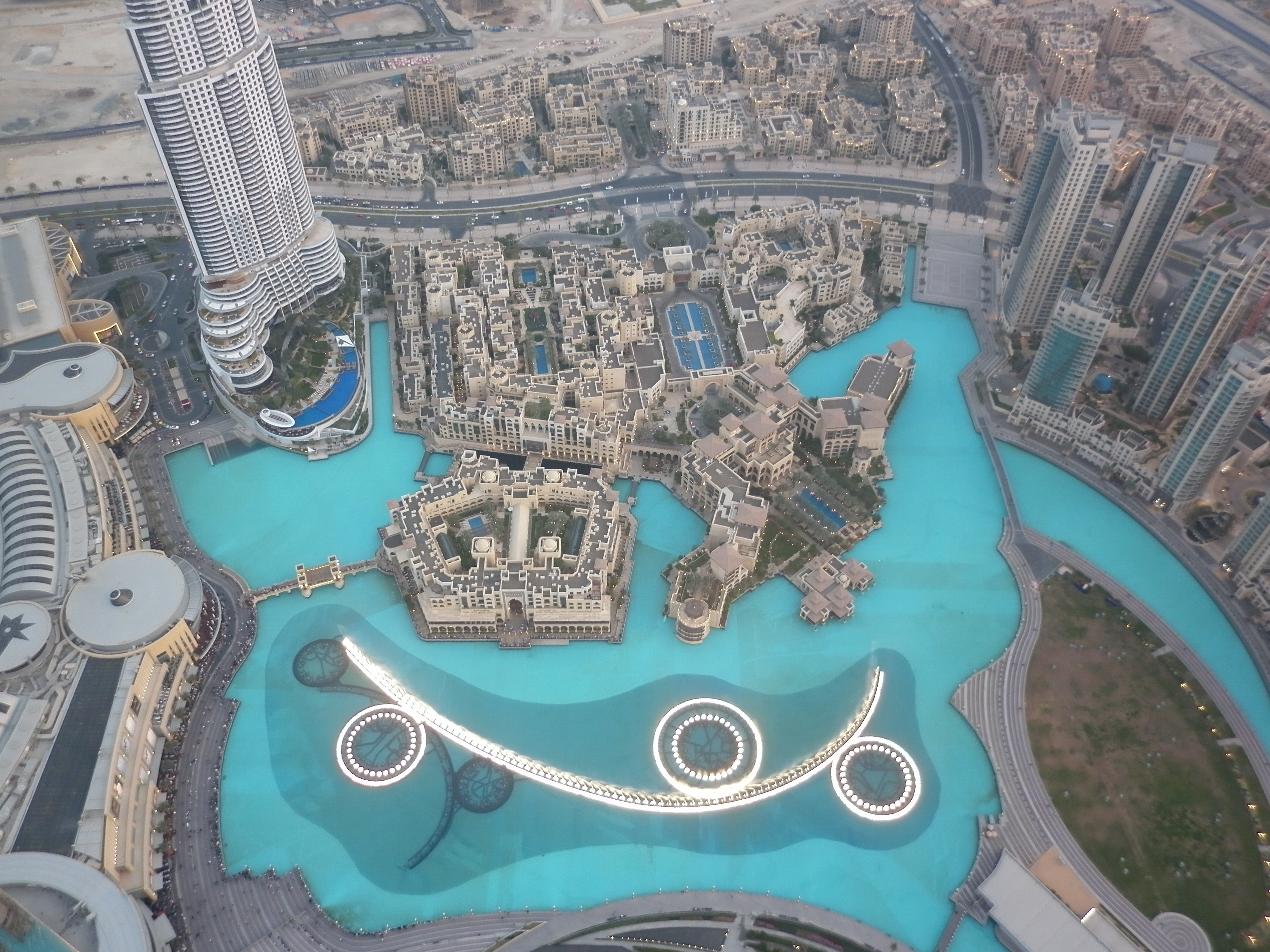 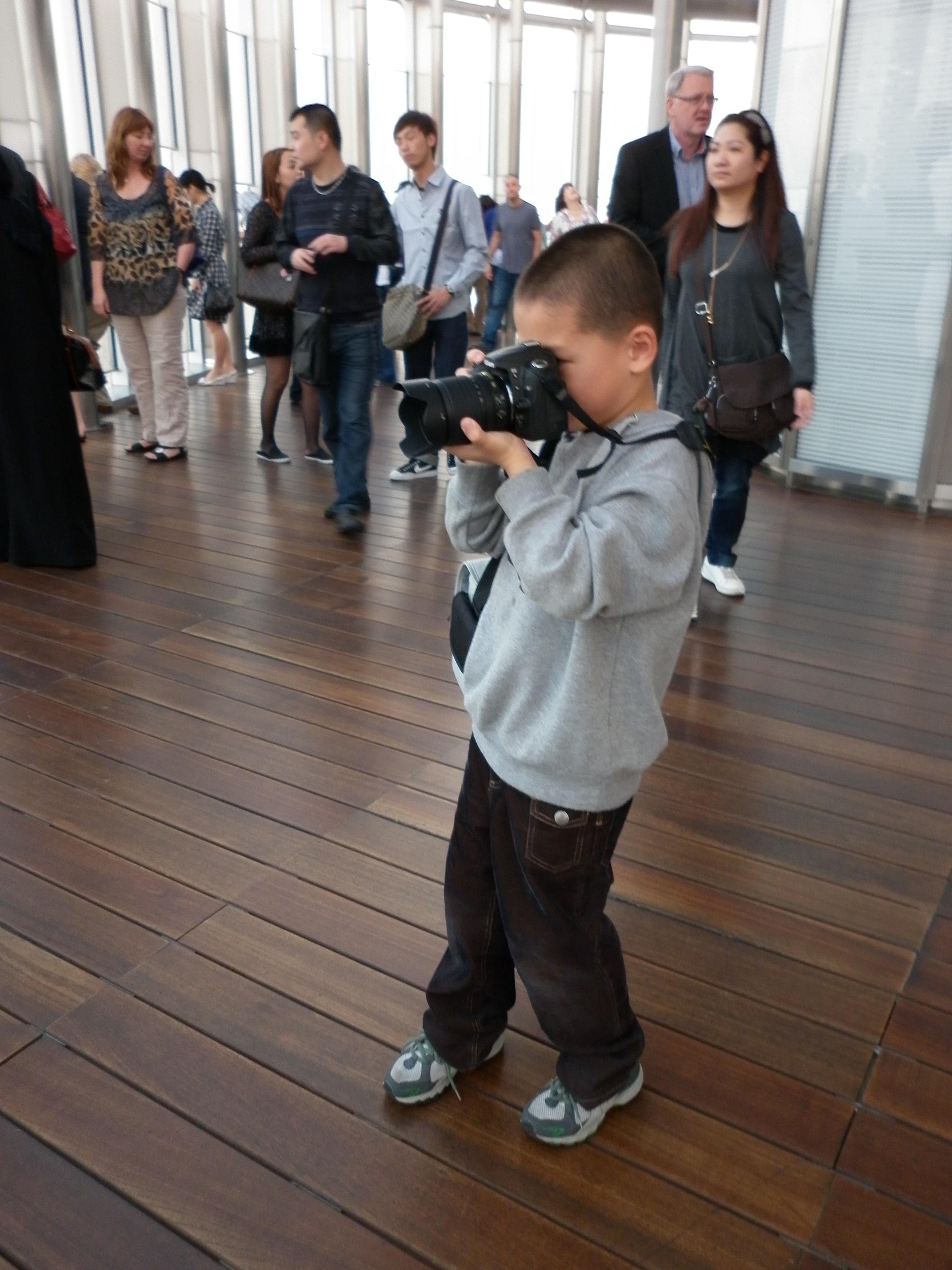 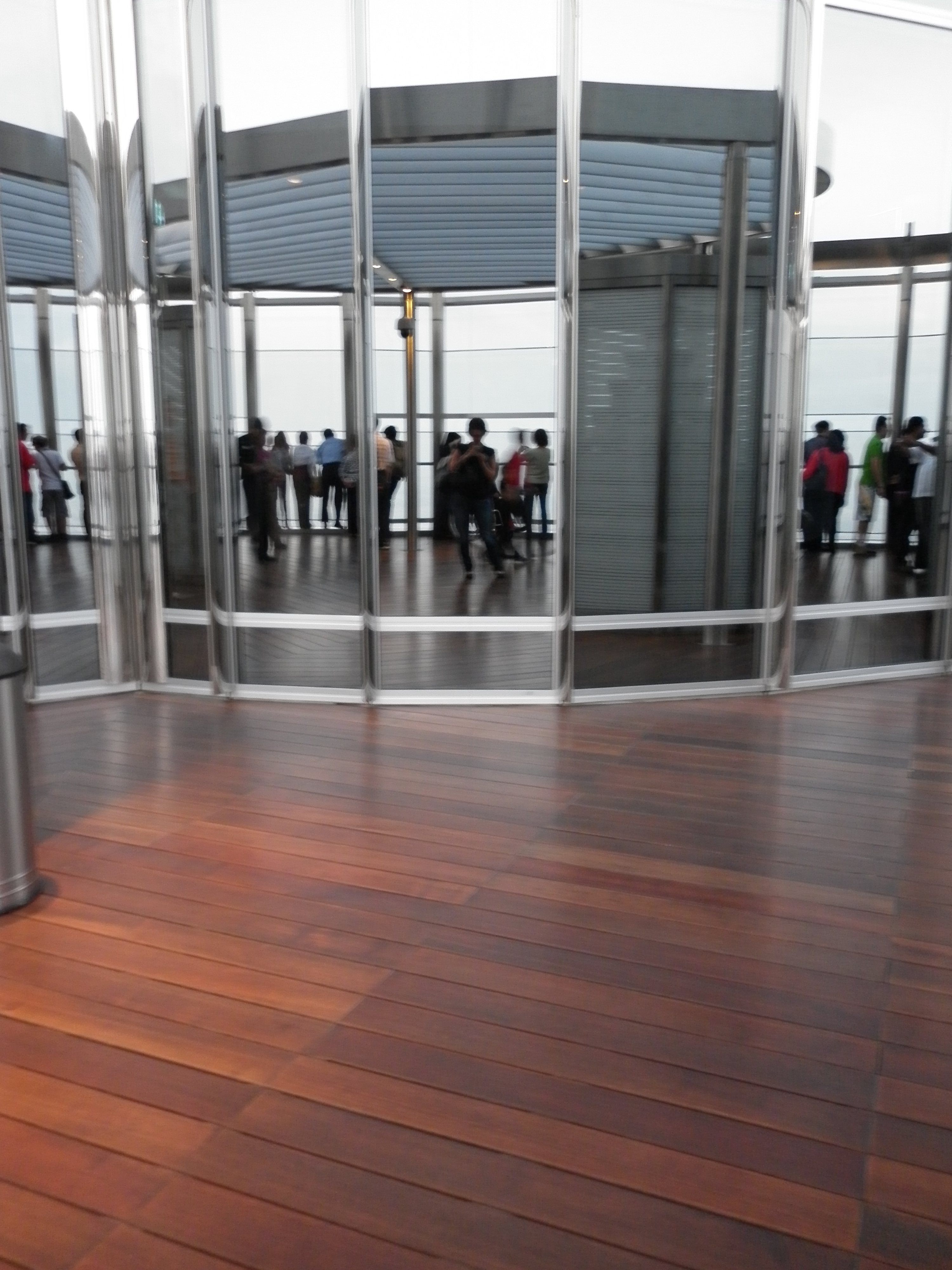 Other than the view I did a bit of people watching.  I’m struck, as is often the case, how remarkably similar we all are despite the cultural differences. 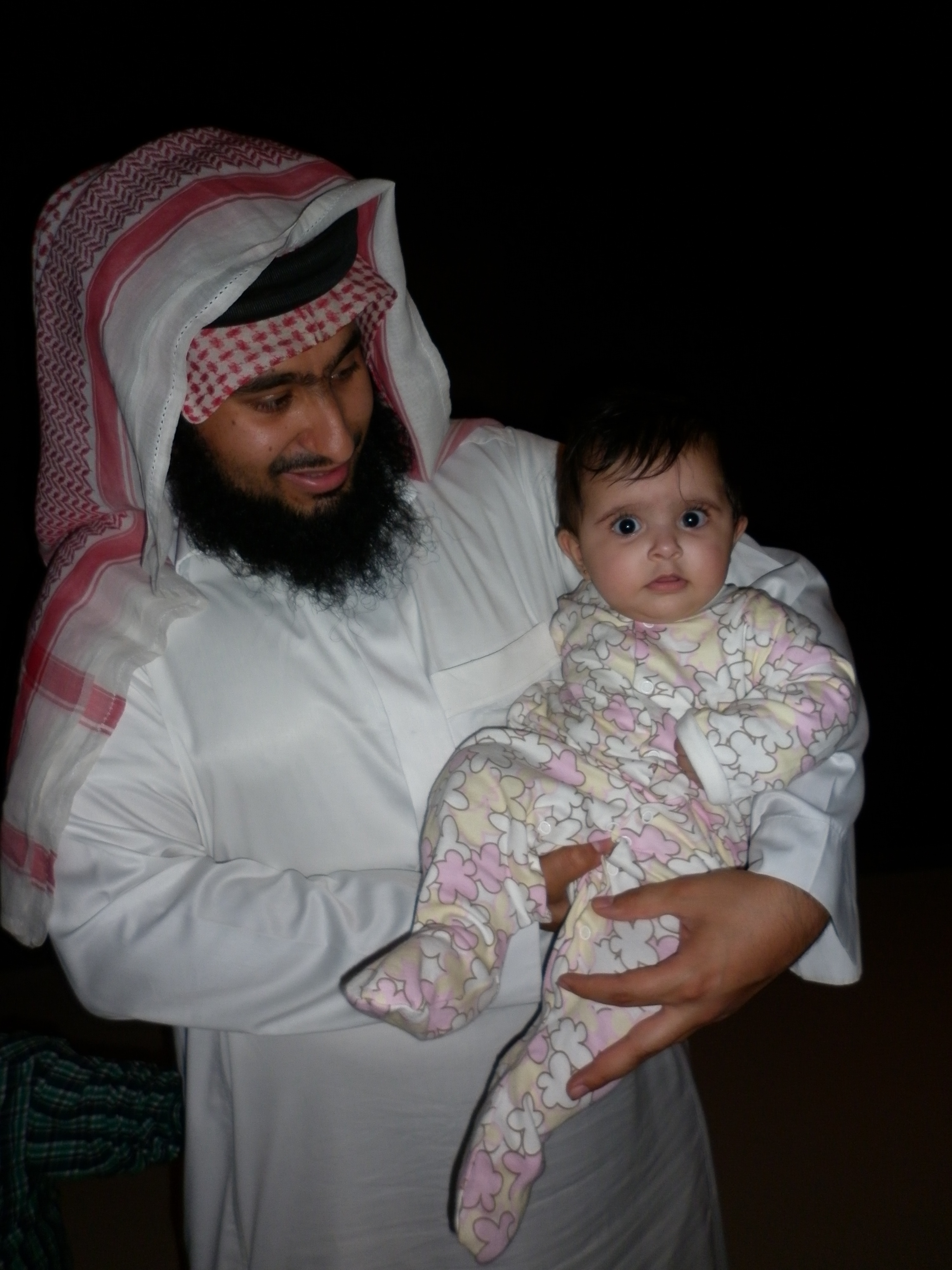 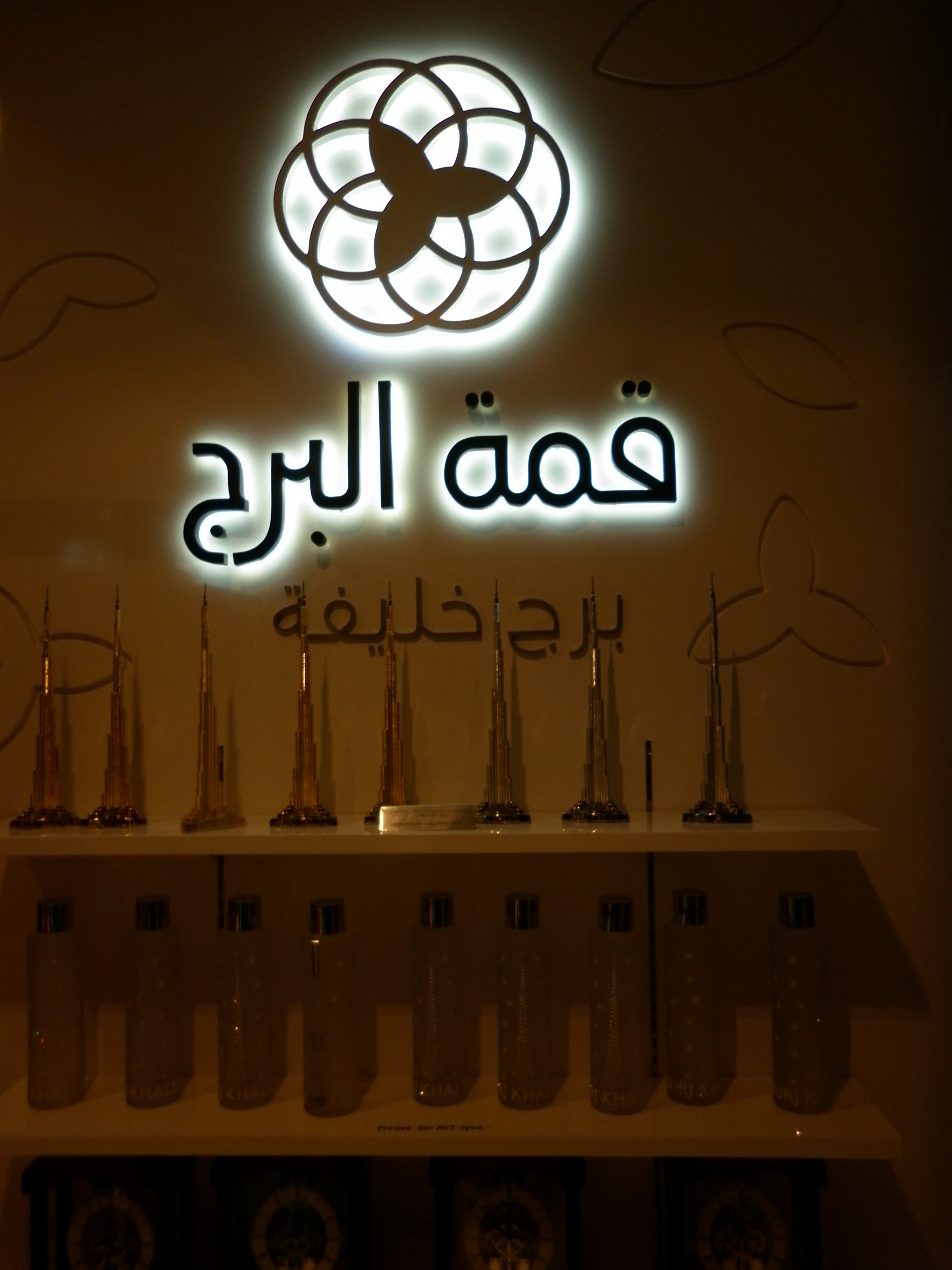 Please don’t any of you hold your breath… I DID NOT plug $50-$1,000 into this tourist trap to buy a souvenir piece of gold.  Shoes for a two year old, maybe. Camels for everyone I know under the age of 12? Sure.  But a piece of gold from an ATM?  Hunh uh… 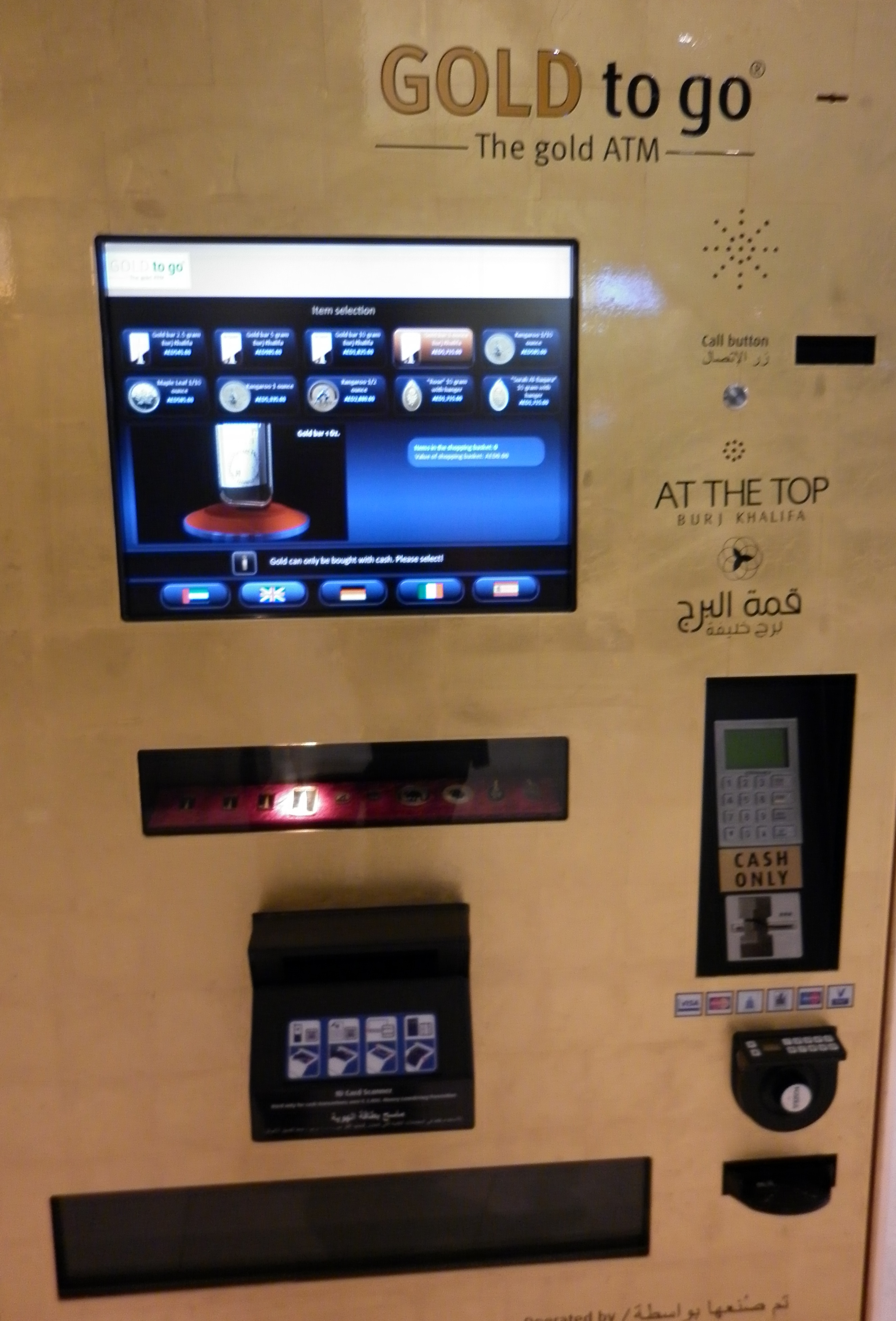 There you have it.  I spent my last afternoon/evening in Dubai being a tourist.  Dentist is done and I’m headed back to Kabul tomorrow. Insha’Allah, the flight is on time and all goes well. 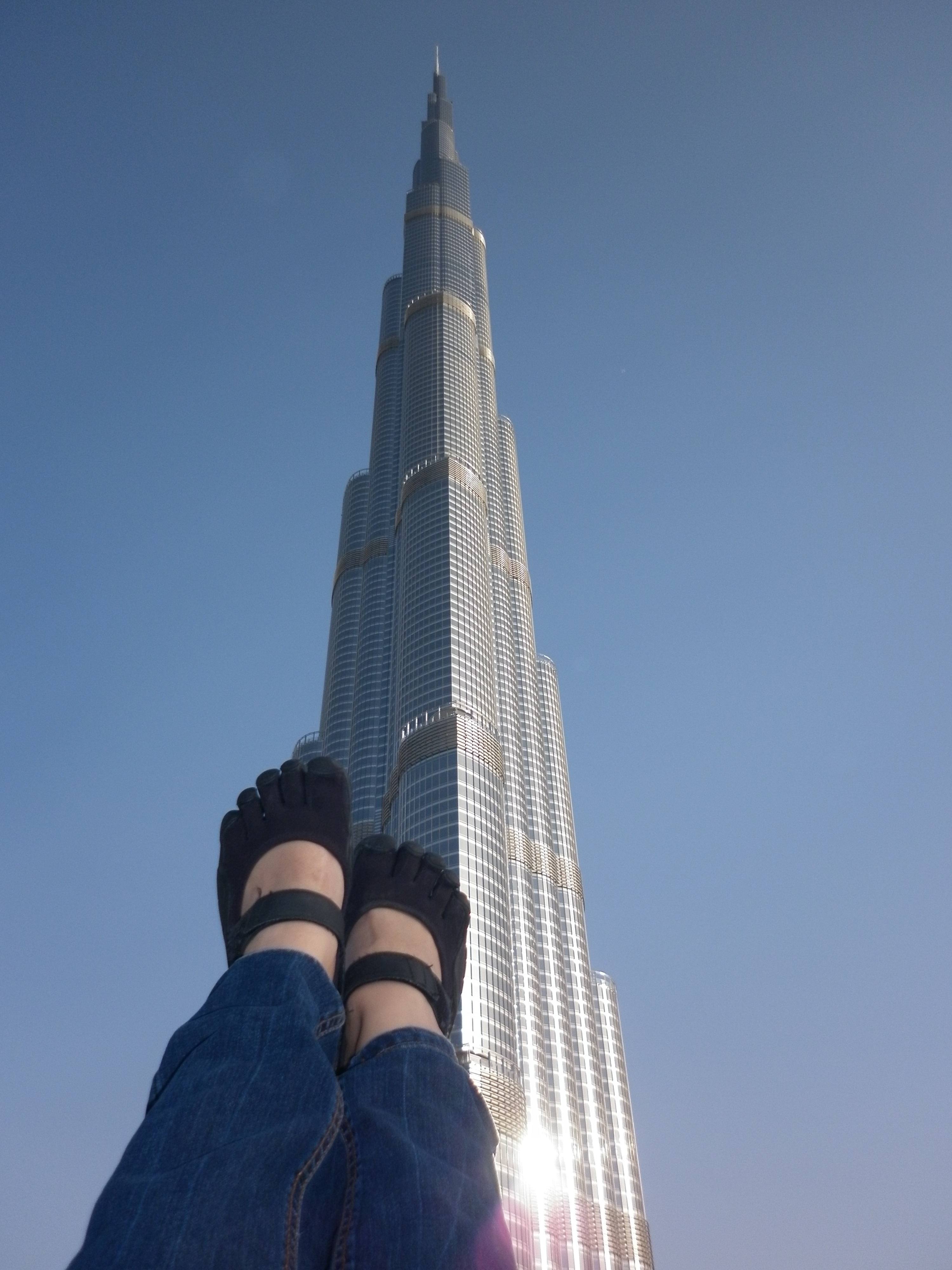 It’s 0200 here and I’m packed and going to catch a few hours sleep while most of you prep to watch the Superbowl.  I hope you eat too much, have a great time with friends and family, stay warm and may the best Pack win!  (That’s for you, AnitaRae!)

5 thoughts on “Burj Khalifa-because I told Alec I would go to the top of the tallest building in the world.”