Years ago a therapist friend explained the concept of staying in the three to eight range on a scale of one to ten.  One is (my words) unable to function and ten is euphoric. Three to eight, she said, keeps us in a normal, healthy range. Some bad days, some good days, some great days. If all of our days are 1-2 we should seek input from outside sources.  If all of our days are 9-10 we’re either really lucky or manic. (my words again, and no, I’m not a mental health professional)

I feel like I’m coming out of a long period of being in the 2-4 range with an occasional 5-7 sprinkled in. Like a few years of  bad weeks with an occasional good day.  Ranging from pretending like everything was OK to flat out hiding from the world. Living behind a Facebook filter. Since my #TBI I’ve stressed more about:

money Thousands and thousands of dollars in medical bills because I wasn’t wearing a helmet and went to a hospital out of my network, moving to NYC for a job I was ill suited for (at an international organization currently being questioned for condoning inhumane acts by members of it’s peace keeping force), caught off guard in 2015 by a tax issue from 2010.

my job I’m no longer inclined to “be the monkey and get the banana,” though I wasn’t pre-TBI, either. If you can imagine, I’m more outspoken than ever when I see injustices, inane processes and apathetic coworkers. Also? I’m pretty sure I broke my filter when I broke my skull. Working at the VA and reading stories and incident reports and talking to veterans about rape (MST, sorry, it’s an acronym now) and suicide and prolonged illnesses due to injuries and diminished quality of life and untreated mental health issues without the ability to resolve any of it wreaked havoc on my soul. It dragged to the surface all the feels– reminded me of my frustration at staying behind while everyone but me went to Iraq, helping families cope with news of loss, taking friends home to be buried, panicking each time my blackberry buzzed, hoping I didn’t know the name in the subject line, feeling bad for being excited someone else was hurt and not one of *my guys*.  Of the anguish and heartache when it was *my guys.*  It’s the reason I finally started therapy, though.  So that’s a good thing. I recently did a bunch of freelance work on spec for a marketing company and ended up hearing “we’ll pay you if we publish them in the next 18 months” when I submitted an invoice for $4,000, the agreed upon rate. I was mad as hell and then realized, honestly? I don’t want my byline on their site anyways. I don’t want to create content for companies I don’t like or be the mouthpiece for organizations I don’t believe in. There goes that resume…

my health In addition to the ever present headaches, the lack of ability to smell or taste, I belatedly realized I was easily frustrated by multi-step processes I don’t grasp immediately. I wasn’t just rushed or distracted. I couldn’t process the steps. (I did not build the new blog myself; a friend did it for me when I finally asked for help after months, months of struggling with it.) I recently admitted (out loud) the reason I take photos with my iPhone is because I’ve literally forgotten how to use my Nikon and oh sweet mercy, my fuse goes from zero to %#@k you in like 3 seconds in the right (or wrong) setting. [no pun intended]  So much for shooting a travelogue some day.  Multi-tasking is harder than it used to be.  Lets not pretend I was a Web developer or a math genius before I cracked my head or anything but random, simple processes push me over the edge (in my mind.) I just leave really big tips instead of breaking out the calculator. Outwardly I do a lot of fist clenching and recusing myself from situations and settings while I calm down. Talk to me while there’s another conversation and a radio playing in the background? Extra stimulation? Too much noise? I’m out.  And I’ve pulled away from people.  A lot. Which brings me to…

my relationships I jumped into a relationship with a great guy before really processing the loss of someone I loved to suicide (even though it’d been more than a year) and learned a year into that (my therapist used hockey analogies a lot) I hadn’t allowed myself to grieve.  And that I was focusing on his stuff instead of unpacking my own. I learned a bit about the difference between grieving and mourning and yet, in the same year, deleted a longtime friend from Facebook (shocker!) because we disagreed about Cecil the Lion.  Of all the things.  I’ve ignored phone calls from some friends, assumed others friends were angry with me when they didn’t take my calls. Rational much?  I forgot birthdays and then beat myself up over it. For days and weeks. Months. I worry about things I have no control over and some days that worry left me almost paralyzed. So I slept. A lot.

…than I ever have in my life. And I’ve tried to keep on keepin’  on in the midst of all of this cacophony.

I got a tattoo when I accepted that his death wasn’t my fault. I allowed myself to grieve. Some days it’s a scattered shower. Some days it’s just a distant cloud on the horizon in the rearview that never opens up. Some days it’s a wave across the bow. I moved out of NYC.  I amicably extracted myself from a relationship I wasn’t thriving in. I do brain puzzlers. I’ve learned to say “that didn’t make sense, please ask me again with different words” when I don’t understand something. I Google the hell out of a LOT of things now. I read Lonesome Dove again and bawled when Deets died. #thatsnotnew  Started making lists and taking notes and setting alarms and using calendar reminders. I resigned from a job in January I wasn’t able to manage without throwing my computer against the wall because I felt like I was suffocating in my distaste for the company and the mission. (see all after: my job above) I applied to school to finish some classes I’ve been chasing for a decade.  I returned to the gym. I started a nutrition plan that increased my energy, has me shedding pounds and the unplanned side effect of eating better and taking vitamins and supplements? My headaches are gone.  Not diminished.  Gone. My faith and beliefs evolved, too. They’re more my own than they’ve ever been. That’s at once comforting and disheartening.

I’ve spent as much time as possible on my cousin’s farm in the last year. I was just there for a month and I’m certain my future includes a small farm with lodging for people to come and process grief and work through PTSD and muck stalls and chop wood, plant flowers and vegetables, weed garden beds, walk acres of pasture and give CPR to lambs because it helped me work through some really bad days and gain a renewed perspective. Manual labor that produced tangible results and came with the chance to snuggle a lamb or just hang out with an aging, cranky llama. Yes please. Something cathartic about having a to do list that left me dirty, sweaty and exhausted.  And it forced me to take selfies and allowed me to find beauty in small things again.

I agonized for months about changing my blog and the domain name. Now that I have, I’m just going to write.  Going to share my thoughts and own my words. A small voice in my head wonders if oversharing now that my name is on the blog will somehow make me unemployable. (Though my tattoo isn’t on my hand, hey J?)  I’m looking for a landscaping crew to join this summer, so I hope not… I’m just tired of pretending everything is ok. I still have nightmares, but I’ve had nightmares for so long I don’t remember when they started. Two years after TBI joined my list of acronyms I finally realized it’s NOT all OK and now, months later, I realize it’s OK to talk about it. Everything hasn’t been OK for a long time. But it’s getting better. Or else I have a new metric for OK. And that’s OK, too.

Regardless. I’m only accountable for me. And so I’m here, working on me.

I planted a garden on my 9×12 patio. I talk to my friends even when I’m having a bad day. I visit them. They visit me. I cut myself slack instead of beating myself up. I play Scrabble with Grandma; we have 12 games open as I type this. FB has a limit. Sometimes it takes me a few days to finish my round, but I play.  I signed up for Team Rubicon and will start their training blocks this week. To be involved and connected but have boundaries. I filled out paperwork for the VA I’d been dragging my feet on.  I’m on the list for a new therapist at the VA.  A broken filter isn’t all bad- I found the courage (or wherewithal) to extract myself from a couple of unhealthy friendships  and semi-professional situations along the way, too. I’ve gotten to know aunts and cousins I’d never met, rekindled friendships with important people from my past and I talk with my brother a lot.

Speaking of keeping in touch and perspective.

I was face timing with one of my best friends’ nine-year-old son last week and he asked for a “tour” of my new house.  I obliged.  When we finished the second floor he turned to his mom and said, “Mom, she has three bathrooms.  Jenn, why do you have three bathrooms?” I don’t know, buddy.  This place was nice and under my budget, has a patio and a parking space and a washer and dryer and that’s how many bathrooms it has.  It’s not that exciting!  When you have three bathrooms you have to clean three toilets, dude. 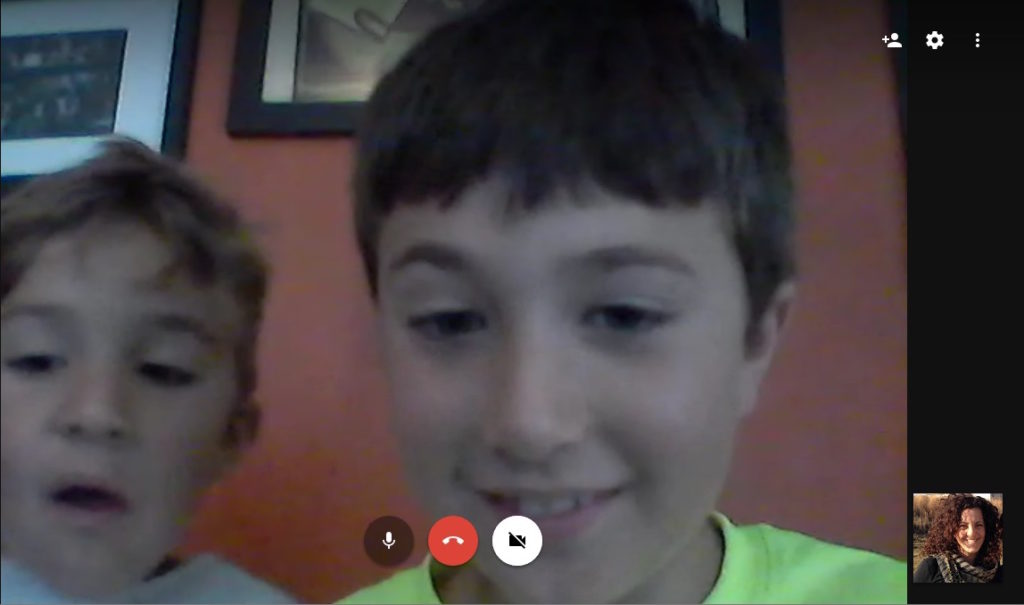 My therapist resigned from the VA a few weeks after I did last Spring and, while I was bummed to lose that hour of straight talk every week, I couldn’t blame him.  The toughest assignment he gave me was to treat myself with as much kindness and respect as I afforded everyone else in my life.  I’m working on it.

If you’re still here, thanks for staying the course and thanks to those of you who helped me keep moving forward.  I probably owe you a birthday card. Or at least a call. There’s always next year, right?

And in the meantime?  All of my toilets are clean and I’m writing again.  There will be good days and bad days and I will thrive.   -jh-